German officials said Friday they had arrested an additional terror suspect with connections to the so-called Sauerland group, a terror cell whose leaders are currently on trial in Düsseldorf for planning terrorist attacks against American targets in Germany. Officers with the Federal Criminal Police Office said they detained 24-year-old German-Turk Kadir T. on Wednesday.

The man is suspected of purchasing a video camera and a night-vision device for the Islamic Jihad Union (IJU) terror group. The devices were given to Adem Yilmaz of the Sauerland cell, who is then believed to have passed them along to IJU through his brother Burhan, prosecutors said. 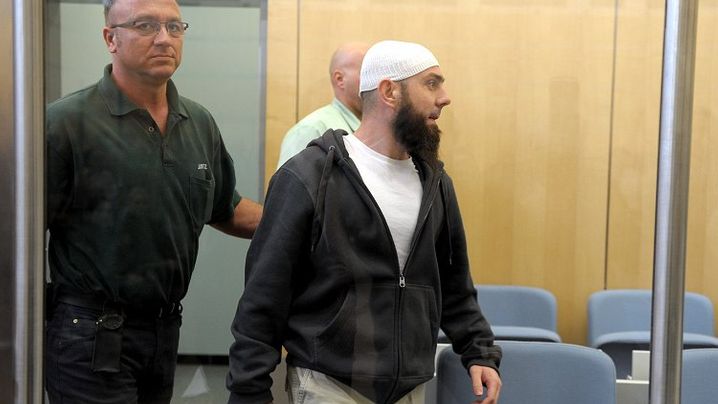 The Frankfurter Allgemeine Zeitung is reporting that Kadir T. was preparing to travel to a terrorist training camp located in the Afghanistan-Pakistan border area at the time of his arrest. Police investigators say they have evidence that the suspect was planning to obtain training for conducting terrorist attacks at the camp. An investigating judge at the German Federal Court of Justice on Thursday ordered the man to be held in investigative custody, Federal Prosecutor's Office officials said. The man is said to be from the city of Langen near Frankfurt. He is accused of supporting a terrorist organization and violating German export laws.

The suspect is believed to have been recruited by the members of the Sauerland group currently on trial and other members of IJU, the paper reported. But the extent to which the suspect provided support to the terror group is unclear. The only concrete evidence is that he planned to train in a terror camp, the paper reported, citing sources within the police investigation.

Adem Yilmaz and three other suspected members of the Sauerland group are currently being tried in Düsseldorf's higher regional court. The Federal Prosecutor has charged the men with planning massive car bomb attacks on United States citizens and American facilities in Germany, where the US Army has a number of bases.