The pledge came quickly. Just days after the earthquake and tsunami decimated Japan's northeastern coast on March 11 -- and triggered the ongoing nuclear catastrophe at the Fukushima power plant -- German Chancellor Angela Merkel promised to bring an end to nuclear power in Germany and accelerate the switch to renewables. Now, Merkel is taking initial steps toward that goal.

On Friday, Merkel met with governors of Germany's 16 states and two other cabinet ministers in Berlin. "I think we all want to move away from nuclear energy as quickly as possible and switch to renewables," she told the summit. She laid out a six-point plan and said one of the country's most important efforts over the next decade would be heavy investment in more efficient energy grids.

Germany currently relies on nuclear plants to cover 23 percent of its energy demand. Merkel's predecessor, Chancellor Gerhard Schröder, passed a law in 2002 to shutter these plants gradually, with the country to be nuclear free by 2022. But Merkel -- controversially -- reversed this phase-out last autumn.

Now, she is scrambling to reverse the reversal. She would like to see all nuclear plants in Germany shut down within 10 years. "Nuclear energy has no future in Germany," David McAllister, Merkel's party ally and the governor of the state of Lower Saxony, told the Süddeutsche Zeitung. "It's clear we need to implement the exit if we don't want to lose people's confidence."

Shares in leading energy firms like E.ON and RWE fell in advance of the meeting, against the trend of a rising stock market.

Seven of Germany's oldest power plants were already taken off line last month, the result of a moratorium announced by Merkel in the wake of the growing problems at Fukushima. An eighth -- the problematic newer facility at Krümmel -- was also shut down. The capacity lost by those shutdowns is not to be replaced by increased activity at other plants.

Germany's opposition Social Democrats, led by Sigmar Gabriel, told SPIEGEL ONLINE on Friday that a true change in national policy would require "the participation of the parliament, all the states, the environmental movement, the business community, consumers, and the labor unions." What was important, he said -- and what Merkel is well aware of lacking -- was a "true energy consensus."

Economy Minister Rainer Brüderle told German radio on Friday that the new phase-out plan would cost consumers and taxpayers between €1 billion and €2 billion per year. Criticisms that it might actually cost up to €3 billion a year were dismissed by Brüderle as being "speculative."

"Of course there will still be disagreements," Merkel told her state governors Friday. But by the end of the meeting she promised that her administration would bring a package of new firm proposals to parliament by the middle of June. 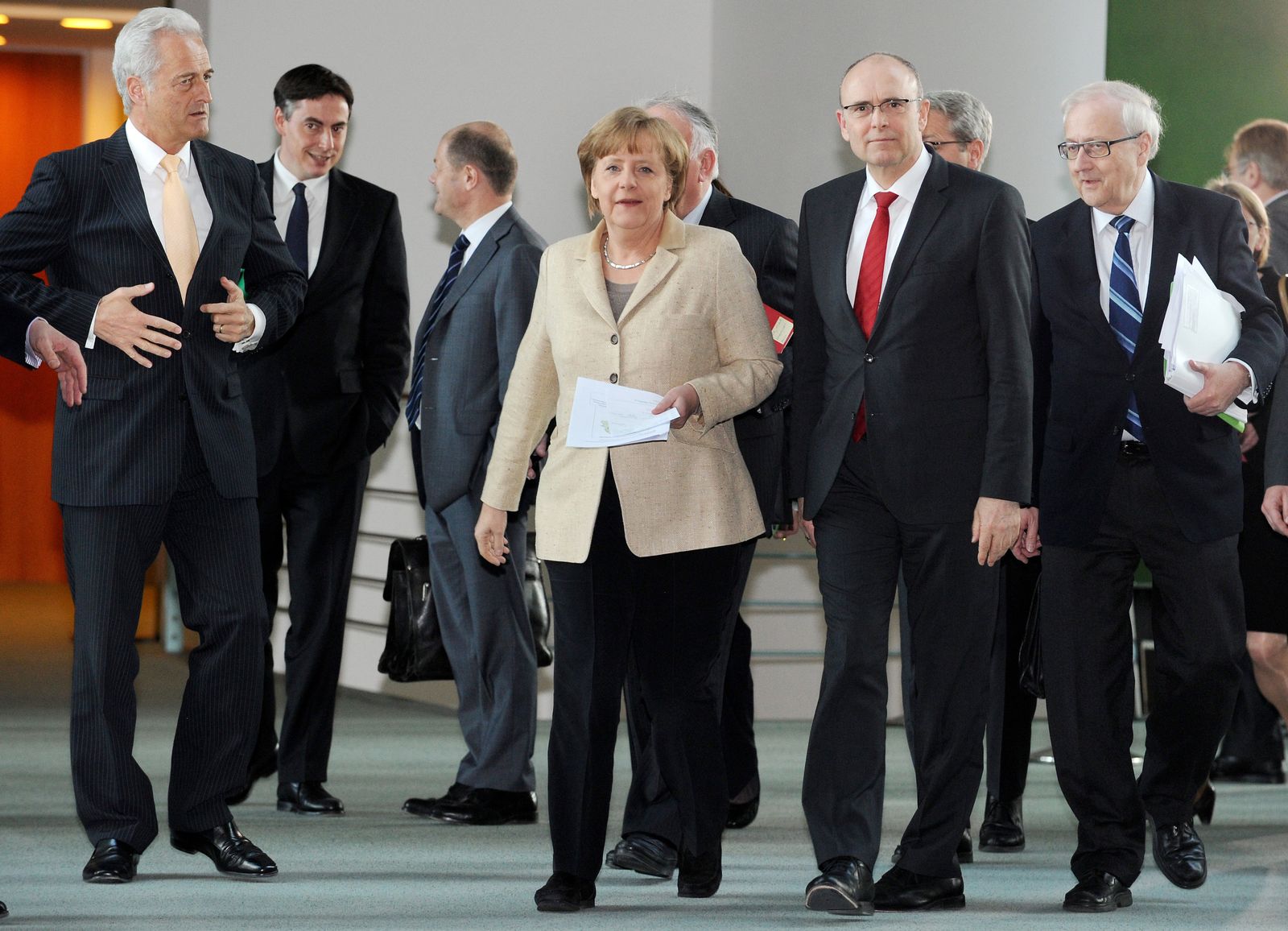 Chancellor Merkel and German state governors held a summit in Berlin on Friday.