As Germany's Mr. Euro, Wolfgang Schäuble is one of the country's best-known politicians abroad. When the finance minister speaks, people generally tend to listen. But on Monday morning, public statements at his ministry raised eyebrows. Schäuble made statements drawing parallels between the politics of Adolf Hitler and Russian President Vladimir Putin.

Schäuble said Russia's actions in Ukraine remind him of the expansionism of Nazi Germany. "Hitler already adopted such methods in Sudetenland," Schäuble said at a public event at the Finance Ministry in Berlin on Monday morning. "That's something that we all know from history." Schäuble's comments were directed at the justification provided by the Russians for annexing Crimea. Russian officials claim ethnic Russian residents of the peninsula are threatened by Ukraine. The Nazis argued similarly in the 1938 that "ethnic Germans" in peripheral regions of what was then Czechoslovakia required protection.

Given stewing tensions between Russia and the West and the finance minister's political prominence in Europe, Schäuble's comments could further intensify discord.

The finance minister made the comments while speaking to 50 school children from Berlin participating in a government-organized EU Project Day. Schäuble answered children's' questions about European unity and the euro crisis. He made his remarks after a student asked if the Ukraine crisis could potentially intensify the euro zone's problems. Schäuble said the most important thing was to prevent Ukraine from becoming insolvent. He said if the government in Kiev were no longer able to pay its security forces, "then of course some armed bands would seek to take power." That, he warned, could serve as a pretext for a Russian intervention. "The Russians would then say they can't accept that, that they are threatening our Russian population. Now we have to protect them, and that is our reason for invading."

The finance minister also explained to the students how Russia's occupation of Crimea came about. "At some point the situation escalated and then Putin said, 'I actually always wanted Crimea anyway.'" Schäuble said Putin had justified the action because the Russian Black Sea fleet is located on the peninsula. He said Putin must have told himself, "And the current opportunity is the right one." Schäuble also claimed the Russian president deployed troops near the Ukrainian border, "to show that I can take care of ensuring order if need be."

Schäuble also told the students that concerns about Russian actions are widespread among his colleagues in the EU member states that used to be part of the Eastern Bloc -- particularly Hungary, Poland and the Baltic states. "They're quite scared," he said. He said the finance ministers of these countries have told him personally that they planned to expand their military expenditures. But Schäuble said there were no plans to increase Germany's defense budget. "That would be of no use," he said. 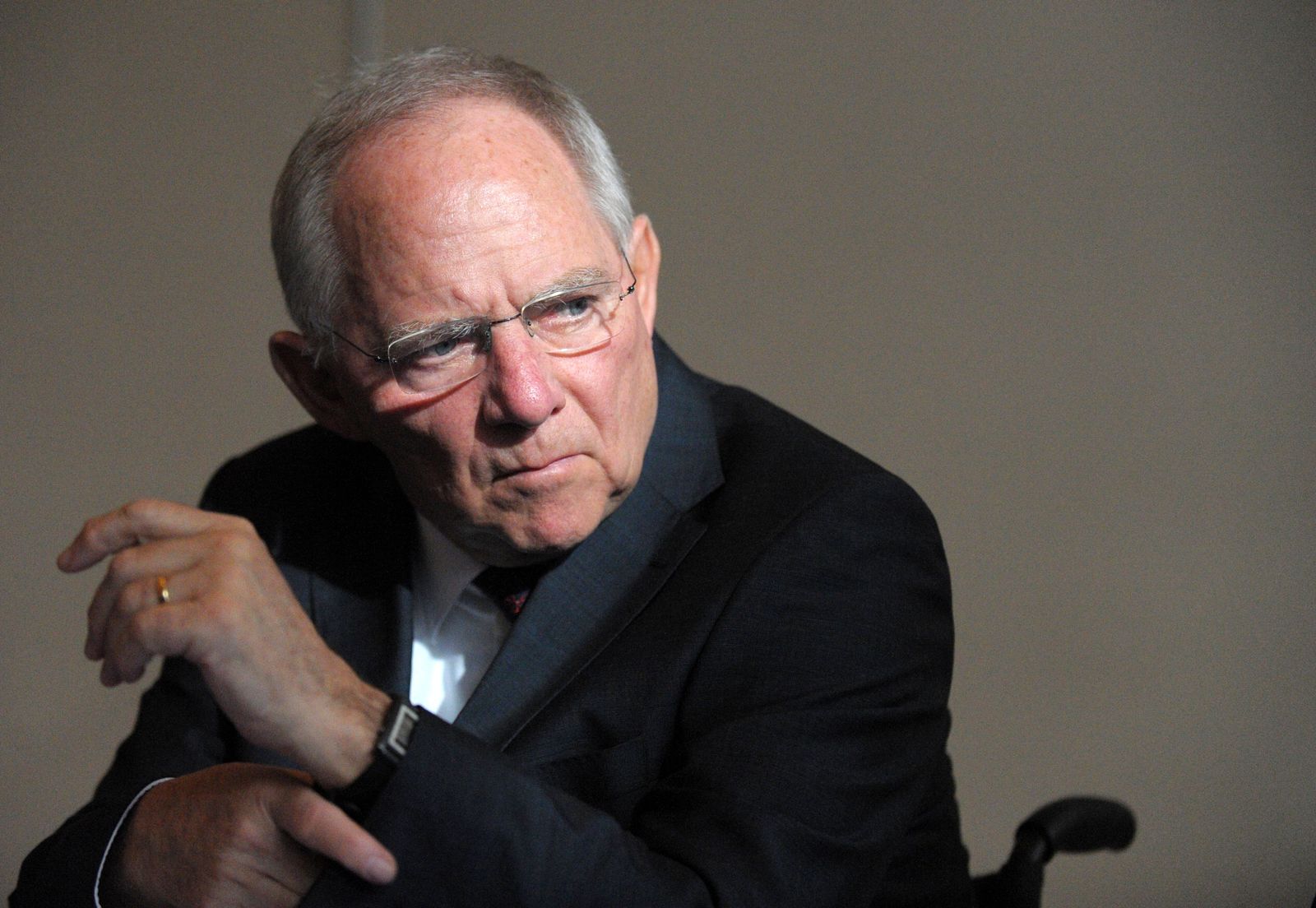