Germany finally has a new government almost a month after Chancellor Angela Merkel's conservatives and the pro-business Free Democrats won a convincing election victory between them and embarked on sometimes fraught coalition negotiations.

Merkel's Christian Democrats (CDU) and their Bavarian sister party, the Christian Social Union (CSU) sealed the deal with the FDP in the early hours of Saturday morning after three weeks of tough bargaining. The agreement now paves the way for the new government to take office in Berlin next week.

One of the sticking points had been the extent to which tax cuts could be imposed despite a swelling budget deficit. While FDP leader Guido Westerwelle did not manage to secure the €35 billion ($52 billion) of tax relief his party had sought, the agreed €24 billion was still greater than Merkel had initially wanted.

After announcing the deal on Saturday morning, Merkel said that she was happy with the agreement and said the negotiations "were not always easy." She said that both parties in the new government were committed to growth and that they would "bravely solve the problems that lie ahead of us." At the joint news conference Westerwelle, who is expected to be named foreign minister, said the coalition agreement was a "great foundation for our country."

The make up of the new cabinet also emerged on Saturday. As expected the current Interior Minister Wolfgang Schäuble is to take the key position of finance minister, a difficult task as the new government attempts to balance tax cuts with a growing deficit. Before the election he had indirectly criticized his party's plans to introduce tax cuts, saying there was little room for them given the country's strained finances. Schaüble has earned a reputation as a hardliner on domestic security issues and is not likely to shirk from confrontation with his cabinet colleagues in his new role. 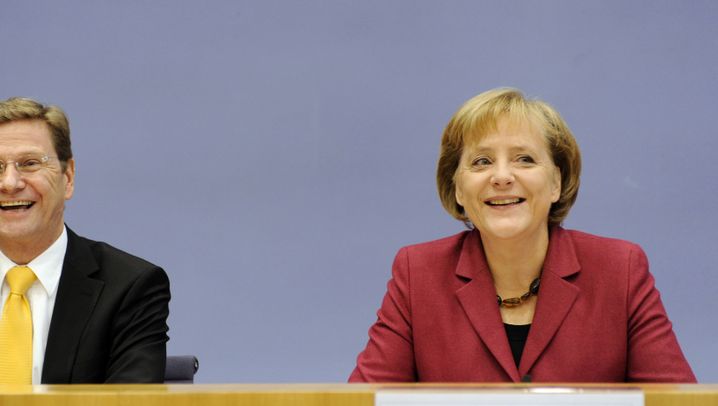 The cabinet's rising star Karl-Theodor zu Guttenberg is to move from the Economics Ministry to Defense. At only 37 the young Bavarian conservative's huge popularity may now be put to the test as he faces the task of overseeing the country's unpopular mission in Afghanistan. However, his smooth communication skills and fluent English should help him in his dealings with Germany's allies. He is replacing his fellow conservative Franz Josef Jung who will now be appointed labor minister. The new economics minister will be Rainer Brüderle, a member of the FDP.

Another star in the former cabinet, Ursula von der Leyen, is to stay on in the Family Ministry, although she had been tipped to take on the health portfolio. Instead that post is to go to the 36-year-old Philip Rösler of the FDP, who was born in Vietnam and will be Germany's first Asian-born cabinet mister.

The new deputy chancellor and foreign minister, Westerwelle, reiterated his position that he wanted to see all nuclear weapons to be pulled out of Germany. During the Cold War the United States based nuclear weapons on German soil as part of the NATO deterrent against the Warsaw Pact forces. Since the fall of the Berlin Wall in 1989 it has removed 95 percent of those weapons. At the press conference on Saturday, Chancellor Merkel, who likes to maintain a strong presence on the world stage, said any withdrawal of the remaining the weapons would only be carried out "after talks with our partners." 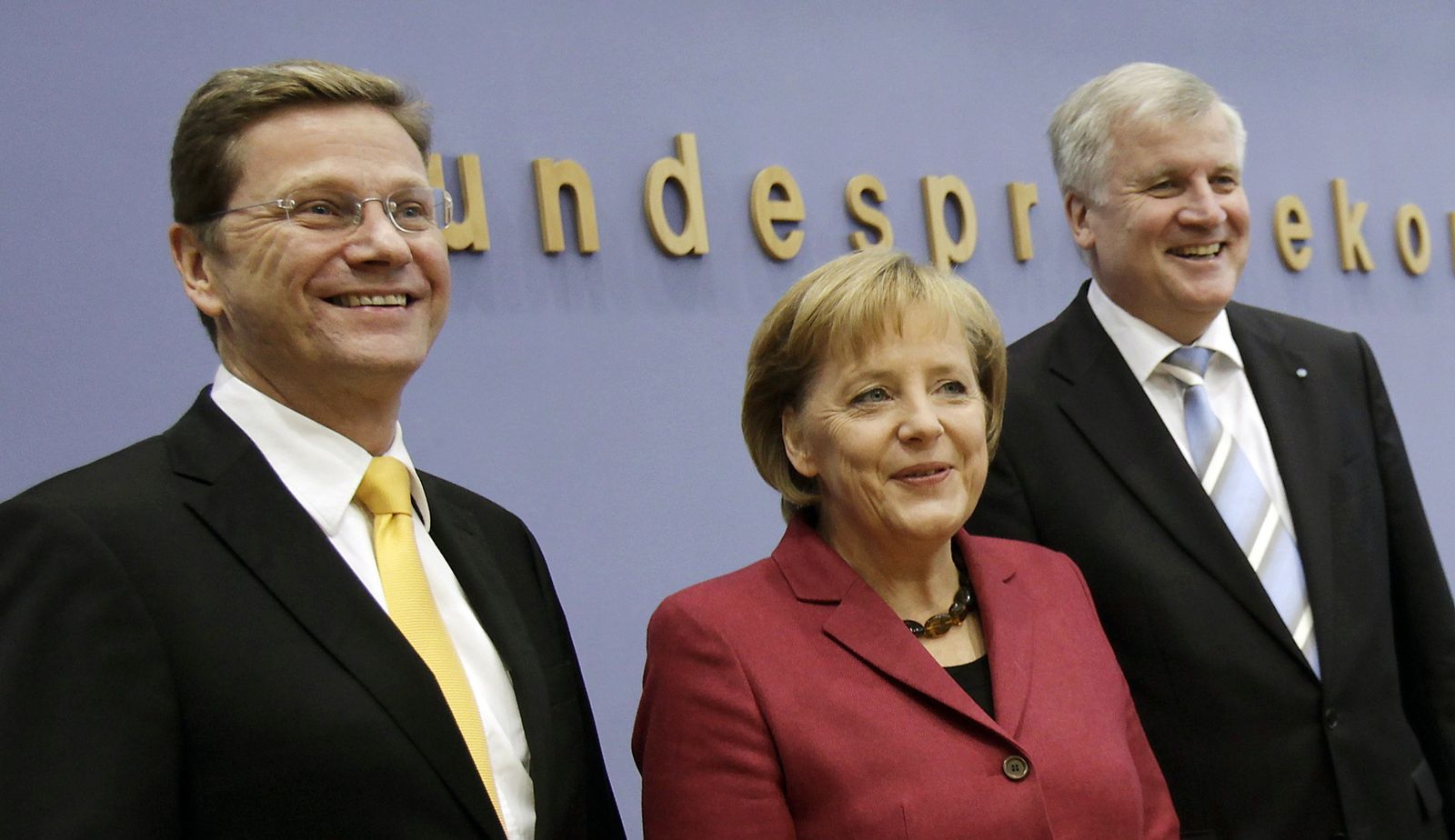 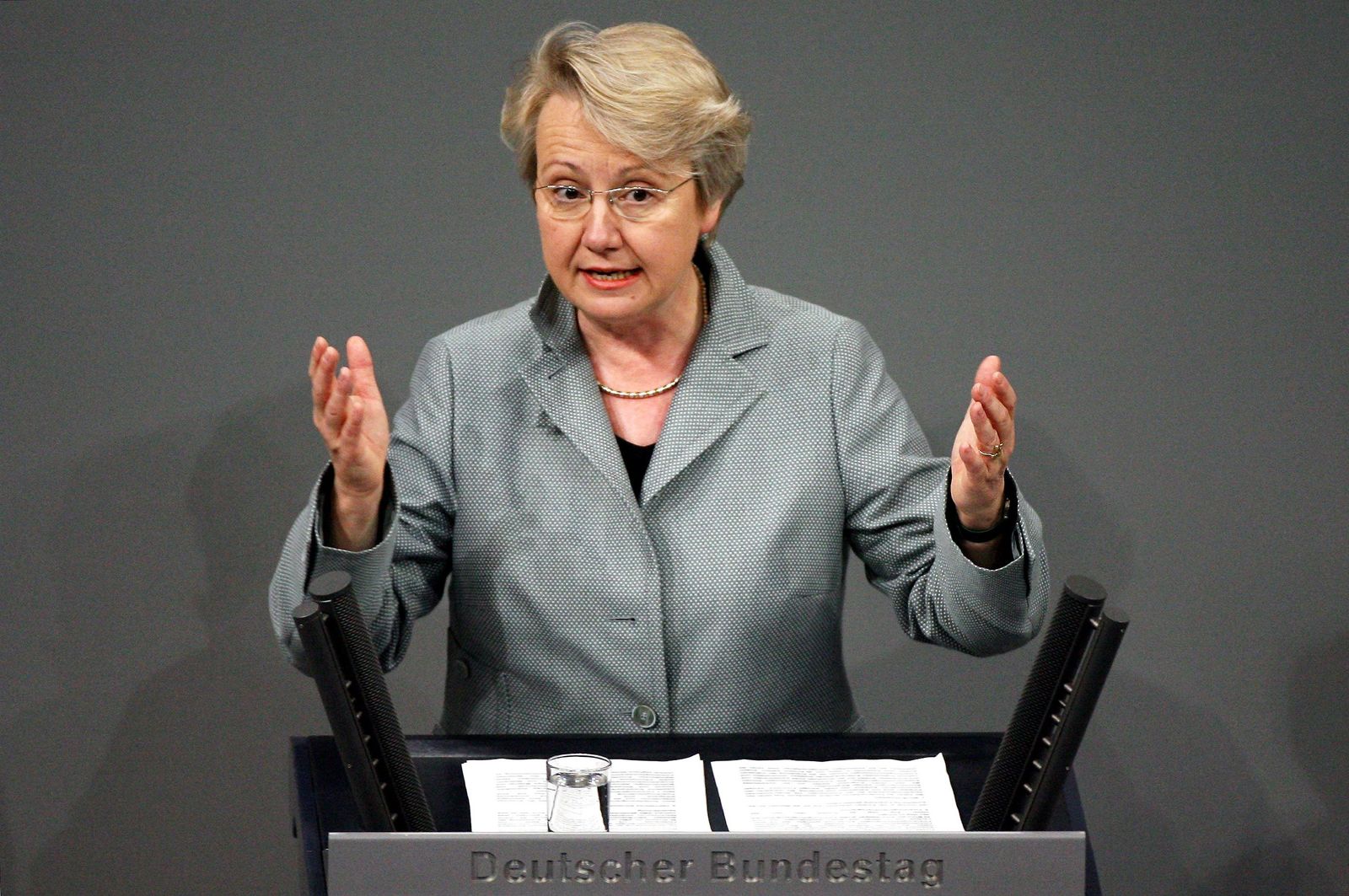 Annette Schavan of the CDU is staying on as education minister. 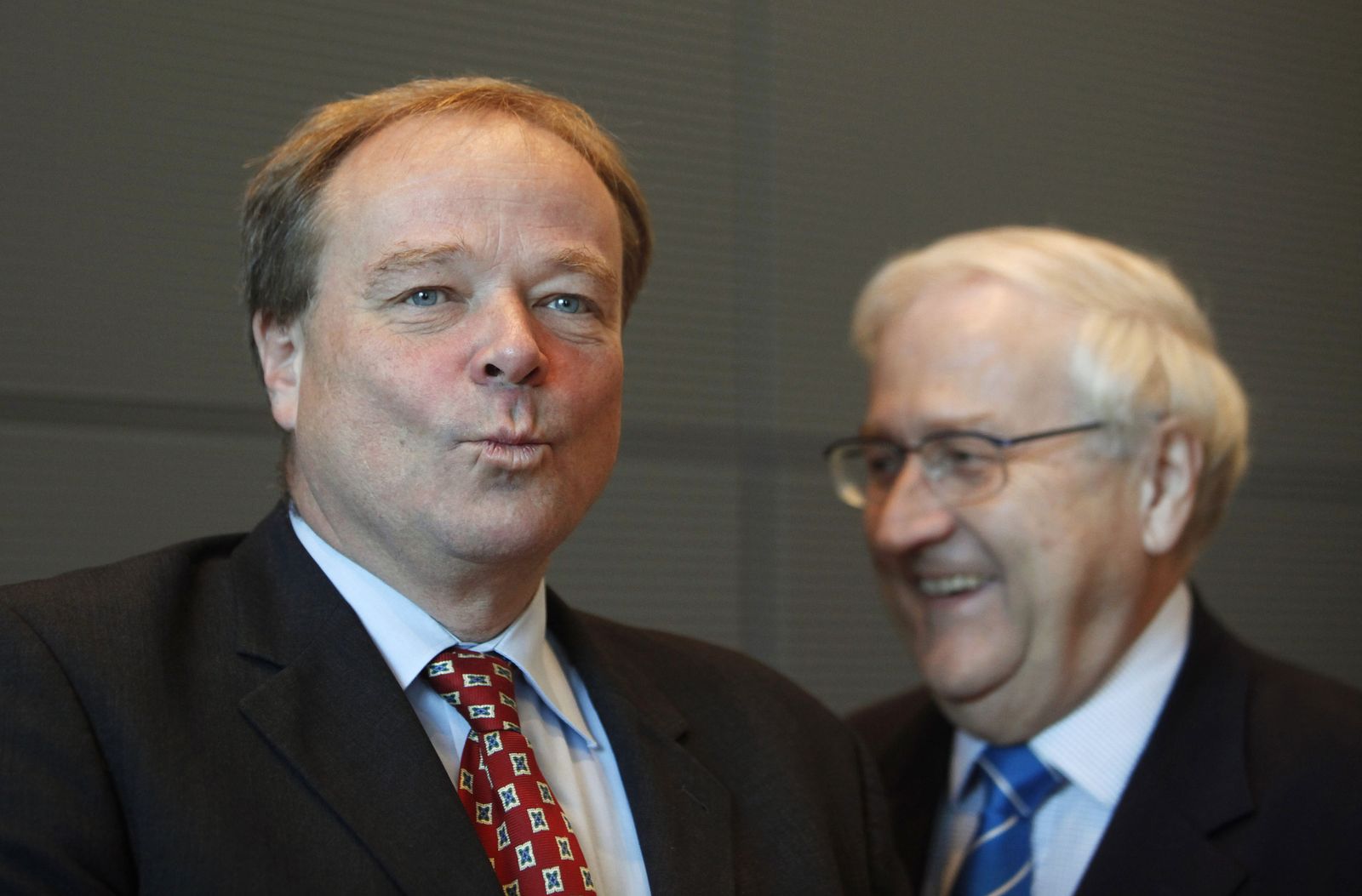 Dirk Niebel (l) of the FDP is taking over the Development Ministry. 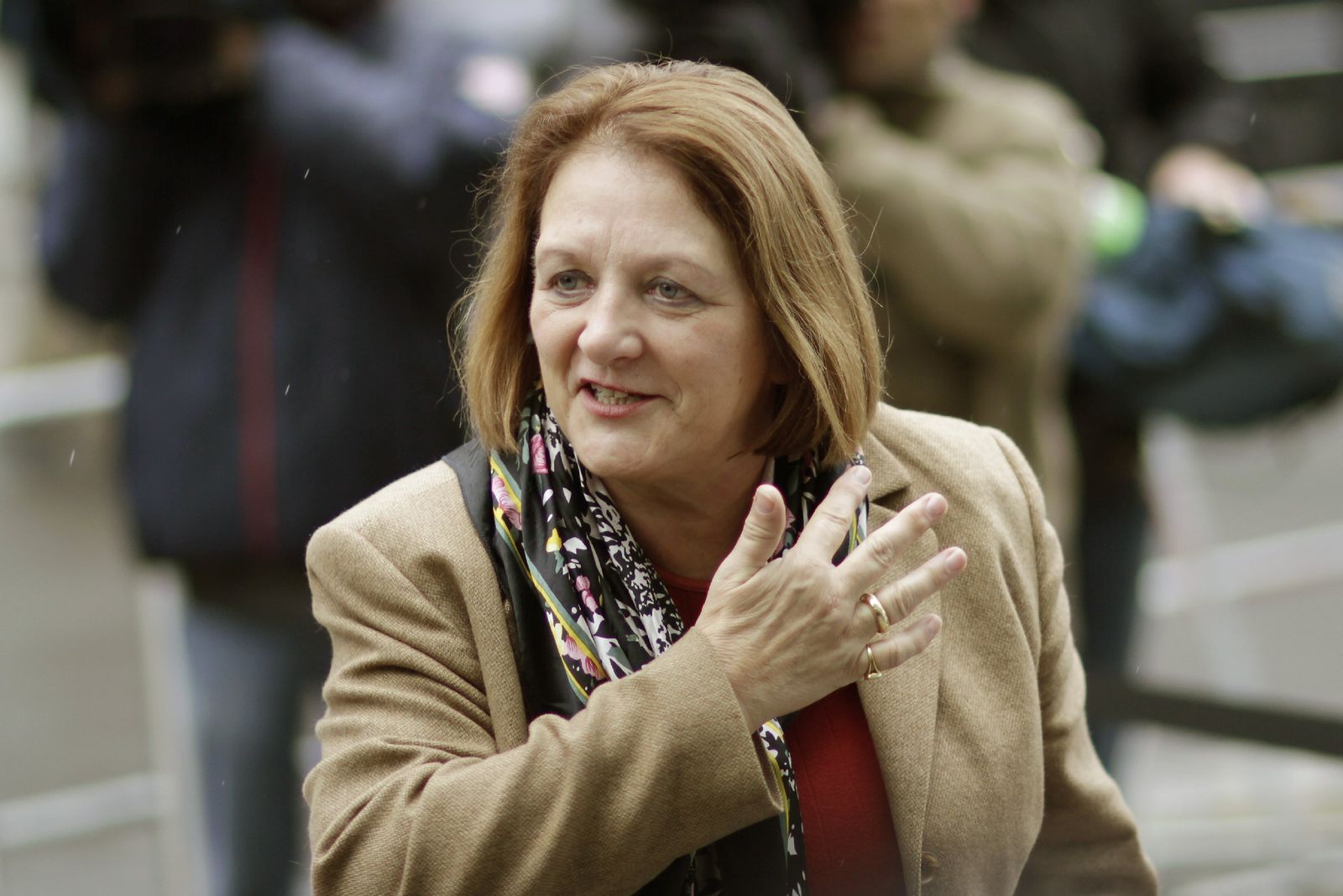 Sabine Leutheusser-Schnarrenberger, also of the FDP, is to be the new justice minister. 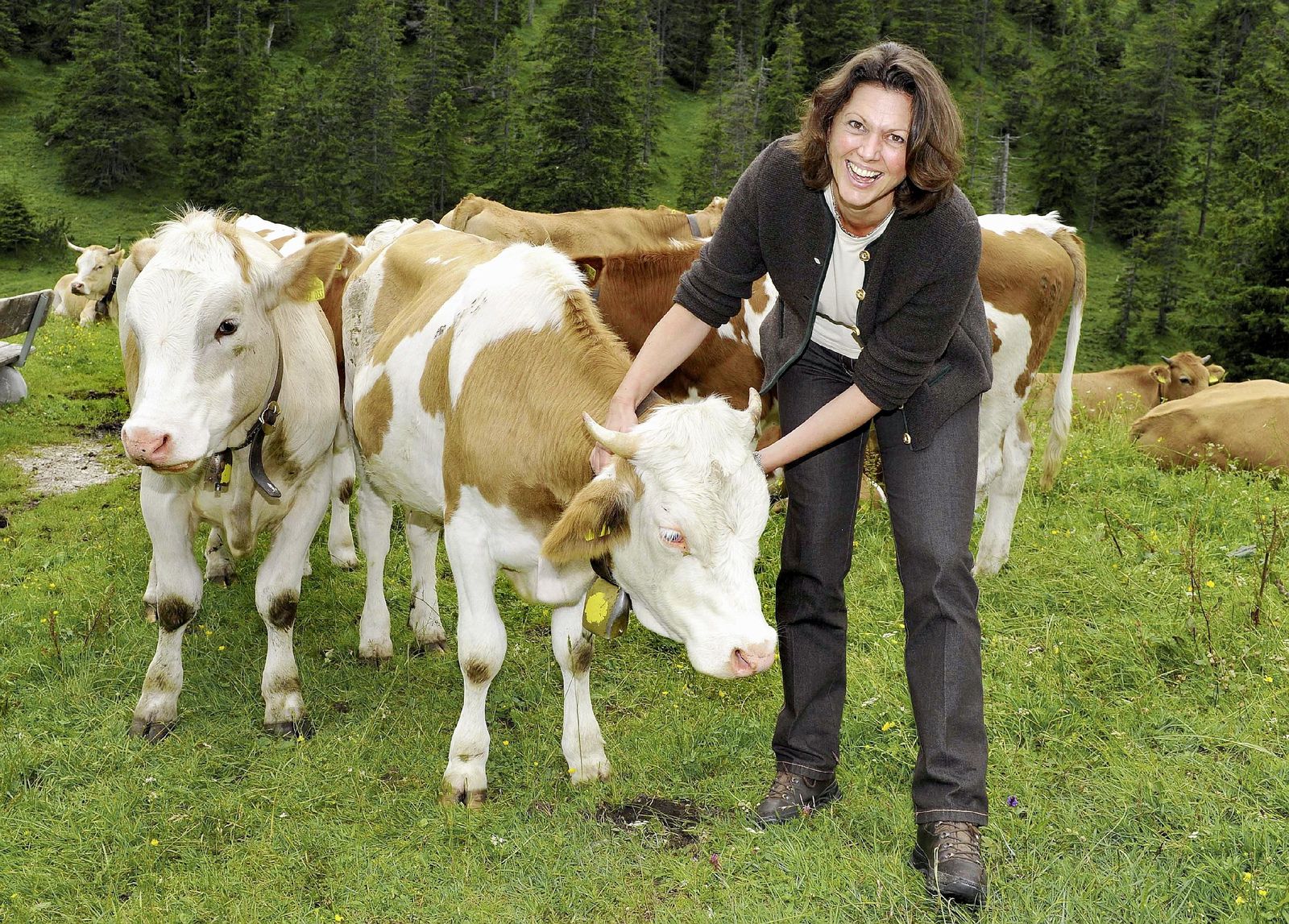 Isle Aigner of the CSU stays on as agriculture minister.