One might think that the arrival in Germany of the first of 50 million doses of swine flu vaccine on Monday might be cause for celebration. But with news breaking over the weekend that top government officials in Berlin will be injected with an alternative vaccine -- one widely seen as safer -- a debate about an alleged two-class medical system has erupted.

SPIEGEL over the weekend reported that Chancellor Angela Merkel, a number of her ministers and other government officials would receive a vaccine manufactured by the pharmaceutical company Baxter -- the same vaccine that the German military opted for, as was reported last week.

The mass-circulation tabloid Bild on Monday plastered the story on its front page on Monday, assuring its readers that "experts are accusing the government" of serving up "second class medicine" to ordinary Germans.

The controversy centers on an additive included in the vaccine manufactured by pharmaceutical giant GlaxoSmithKline. The additive includes an inactive strain of the entire flu virus as opposed to virus fragments. Critics say the additive can increase the risk of side effects from the flu vaccine such as fevers and headaches.

Supporters counter that the additive is safe, and its use allows the drug manufacturer to quickly produce more doses of the vaccine. The SPIEGEL story mentioned that the GlaxoSmithKline vaccine, with the additive, has undergone more testing than the Baxter version.

An Interior Ministry spokesman told SPIEGEL that the Baxter vaccine had been ordered for all ministries and other agencies as well as for the employees of the Paul Ehrlich Institute, the authority responsible for approving vaccines.

Merkel's spokesman Ulrich Wilhelm on Monday denied that Merkel was taking a different vaccine than the one available to ordinary Germans. He said that the Baxter vaccine had been ordered four months ago as part of a deal hammered out one year ago and has nothing to do with recent concerns surrounding the GlaxoSmithKline vaccine.

Still, voices have become raised. The Green Party's health expert Biggi Bender said that the separate vaccines amount to "big risk for the people, little risk for the government. This type of second-class medicine cannot be allowed to exist in a democracy."

Leading physicians also complained about the planned vaccination. The head of the Institute for Hygiene and Public Health at the University of Bonn, Martin Exner, said: "The fact that politicians and top civil servants in ministries will be vaccinated with a vaccine other than the people is a terrible sign. Today politicians must take what they recommend."

Virologist Alexander Kekulé Hall of the University Hospital said the fact "that the members of the Federal Government and the authorities have any other vaccine is a scandal."

The Interior Ministry has also rejected the sharp criticism. A spokeswoman for Interior Minister Wolfgang Schäuble pointed out that at that time the Baxter vaccine was ordered the differences between the two vaccines was not yet an issue. The Paul Ehrlich Institute has repeatedly defended its decision to provide the population with the GlaxoSmithKline version, known as Pandemrix.

Germany is not the only government working to contain a potential outbreak of swine flu, the popular though inaccurate name given to the H1N1 flu virus. The UK has seen an increase in cases in recent weeks. As a result, the country has purchased 60 million doses of Pandemrix. Since swine flu emerged, a number of people in the US showing symptoms have died, leading the government to purchase 251 million doses of the swine flu vaccine from various manufacturers. The European Medicines Agency approved Pandemrix for use recently, amid concern for the upcoming winter flu season and the expected uptick in swine flu cases.

Some German politicians have joined Merkel in opting out of the alternative vaccine. Health Minister Ulla Schmidt said in Bild, "I will allow myself to be vaccinated with the same vaccine as the people. It is exactly like the other approved vaccine, safe and effective."

The weekend scandal has drowned out a second debate which has been raging in recent weeks in the US and which has also found resonance here in Germany: whether such a massive vaccination program is necessary in the first place.

Wolf-Dieter Ludwig, chairman of the Drug Commission of the German Medical Association, has called the planned vaccination campaign a "scandal." "The health authorities have fallen for a campaign from the pharmaceutical companies, who simply want to earn money with an alleged threat," he told SPIEGEL. 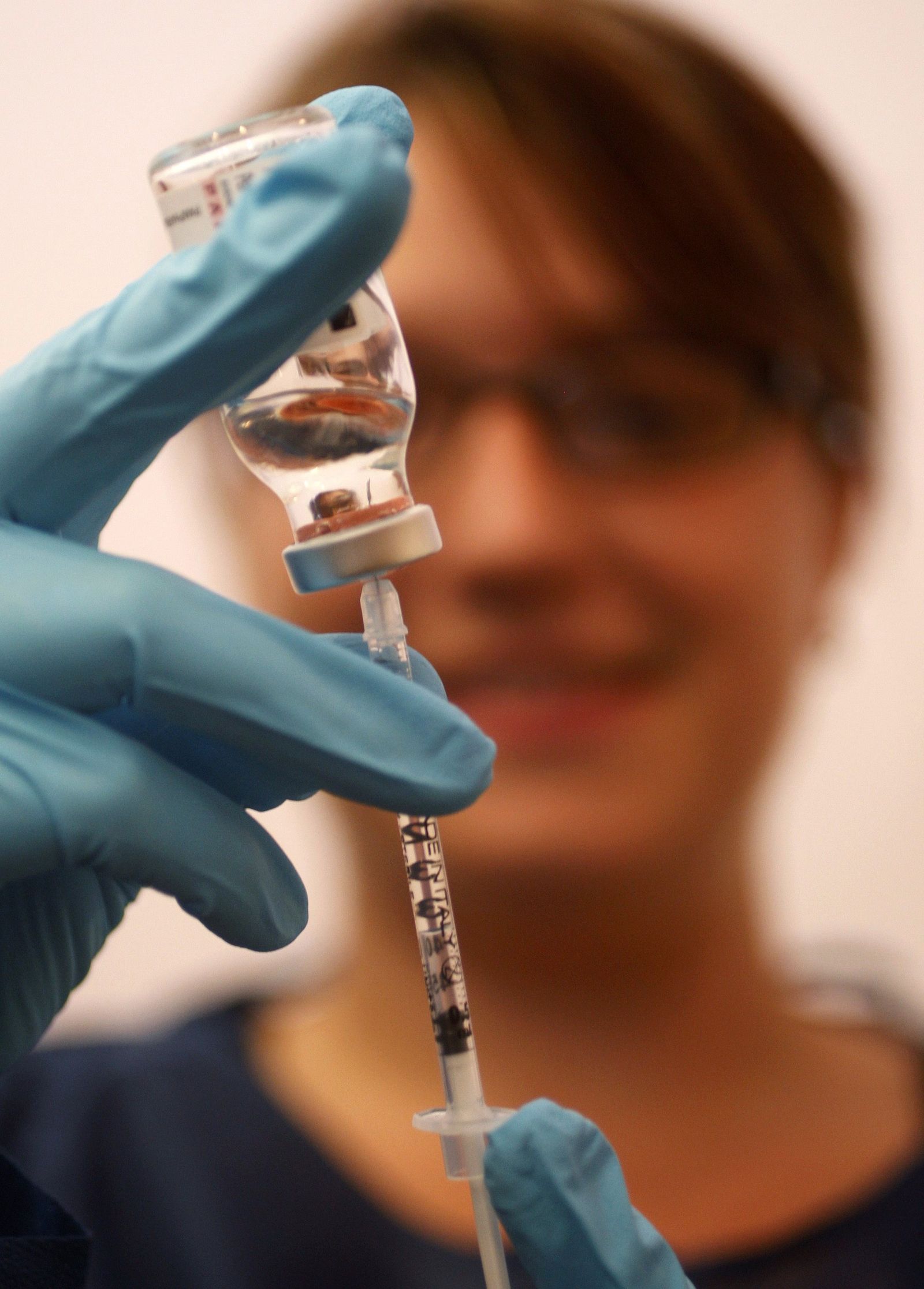 Germany is in an uproar over the planned swine flu vaccination.