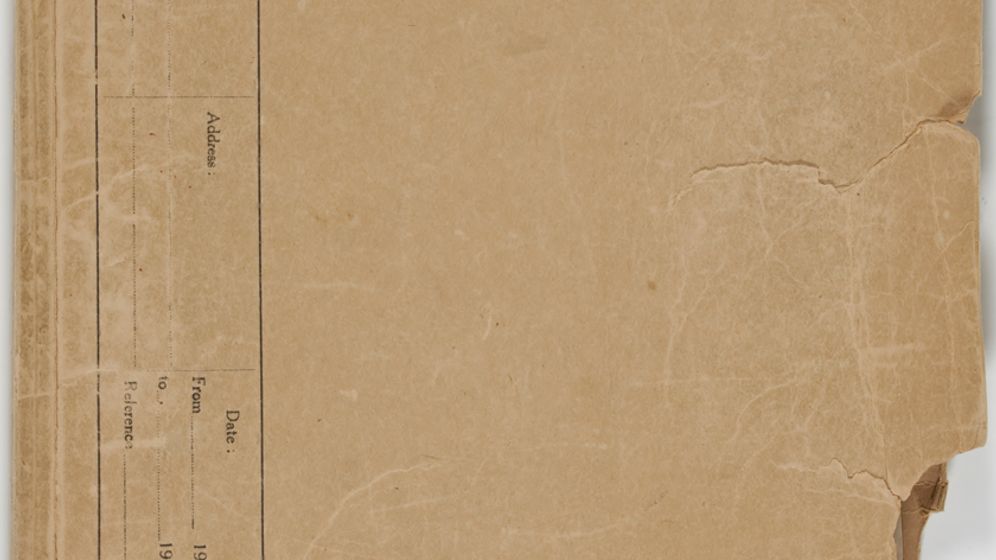 The pilot of the enemy Messerschmitt had sprained his ankle and was still busy struggling with his parachute when, shortly before midnight on May 10, 1941, he was discovered on a meadow at Floors Farm in Scotland by farmer David McLean. He identified himself as Hauptmann, or Captain, Alfred Horn, but just a few hours later, after the farmer had handed him over to the local Home Guard, his real identity became clear: The captured flier was, in fact, Rudolf Hess; the Deputy Führer of Nazi Germany.

Ever since that day, there has been much puzzlement over what exactly prompted the Third Reich's third-most powerful man to travel to Scotland, what he hoped to achieve with his mission and whether he was acting on his own authority or had the backing of Adolf Hitler, or had even been ordered by Hitler to fly to Britain.

Now a sensational find with evidence on Hess' flight has come to light. In the catalogue for its next auction on Sept. 10, the American auction house Alexander Historical Auctions in Maryland is offering an extensive dossier running to nearly 300 pages that Hess is said to have drawn up during his captivity in the UK.

Hess was carrying such a file, stamped in red with "Most Secret", when he was transferred in October 1945 from British custody to the Trial of the Major War Criminals in Nuremberg. Excerpts from one of the documents found their way into the evidence published by the International Military Tribunal as well as a list of the remaining documents in the file. But since the trial, the whole volume has been missing.

No Possibility of Forgery

That the file now being put up for auction is identical with the missing Hess file can be shown by comparing its contents with the Nuremberg records. Additionally, a handwriting comparison with examples taken from Germany's Federal Archive seems to rule out any possibility of forgery.

The file's recent history, though, is shrouded in mystery. According to the auction house's website, some 20 years ago the unnamed owner "received an anonymous telephone call from a man familiar with his work. He was told to go to a specific location the following day, where this material would be left for him with the hope that it would be of use in his projects."

Hess had helped establish the cult of the Führer, but by 1941 had fallen out of favor as Hitler focused on foreign policy. In an attempt to regain his position, as well as give the Nazis breathing room ahead of the expected invasion of the Soviet Union, Hess embarked on his doomed trip to Scotland.

His intention had been to reach the Duke of Hamilton, who was responsible for air defence in southern Scotland and whom Hess mistakenly believed would be willing to overthrow British prime minister Winston Churchill and adopt a softer policy towards Germany.

'A Misfortune for All Concerned'

The pair met on May 11, 1941 in the Glasgow barracks of the Highland Light Infantry, and while Hamilton described the meeting in detail, Hess' version was previously unknown. But this unique document is contained in the dossier now up for sale.

"Like the Führer," Hess noted, Hamilton also saw "the war between our two countries as a misfortune for all concerned." In addition, "heavy casualties would be afflicted to both sides without anything being achieved that was even remotely worth the sacrifice."

He recognized that for the British government "it was impossible, for reasons of prestige, to agree to the Führer's compromise offer" -- meaning Hitler's "call for peace" of July 1940 -- without appropriate cause, and that his presence was that cause. His plans were incredibly naïve: that the British government could now publicly agree to negotiations on Hitler's offer.

"The Duke was visibly moved," Hess noted, but "could not be dissuaded from the belief that Germany was striving for world domination." Hamilton had prophetically said that Germany was facing hard times. He did promise, however, to report to the "appropriate places" and the king.

A month later, having been moved briefly to the Tower of London and then to the heavily guarded villa at Mytchett Place in Surrey, Hess was given his chance to present his proposal, to the Lord Chancellor, Lord Simon. His interview -- actually a monologue interrupted by only a few questions -- lasted three hours. The record of the conversation in the Hess file consists of 71 typewritten pages with numerous notations in Hess' handwriting, all tied and sealed like a notary document.

It was only towards the end of the conversation that Hess admitted that he had come "without the knowledge" of the Führer and "without mandate."

He repeated the offer that Germany would have its sphere on influence -- continental Europe as far as the Urals -- and Britain would have its own, namely its empire.

But all Hess really had to offer were peace terms long since rejected by the British. His efforts failed, and after being found guilty of crimes against peace at Nuremberg, he was locked away for life, eventually committing suicide at Spandau prison in 1987 at the age of 93.

Ultimately, the Hess file portrays a highly neurotic, self-destructive man whose mission had not the slightest chance of success. He had no power to negotiate and could only offer the British an unacceptable German peace diktat. The papers do not reveal any big secret. Instead, they merely confirm what British historian David Stafford said a decade ago -- that the only mystery surrounding the Hess flight is why anyone would still think there is one.