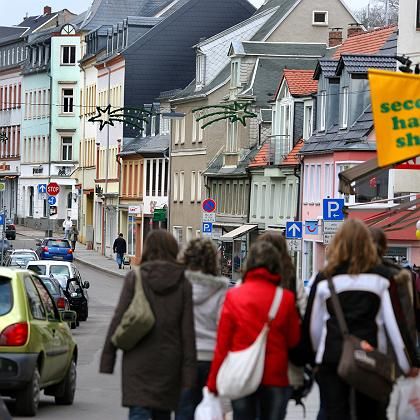 The town of Mittweida, where the girl alleges the attack took place.

German police investigating a 17-year-old girl's claim that neo-Nazis cut a swastika symbol into her hip now have doubts about her story after two medical reports concluded she could have inflicted the injury on herself.

The case made nationwide headlines in November because it fitted in with a long-running trend of far-right attacks in eastern Germany, including several high-profile ones this year.

The teenager told police she had been attacked by four far-right youths in Mittweida, a small town in the eastern state of Saxony, after she had intervened to try and stop them harassing a six-year-old girl from the former Soviet Union.

She said they had thrown her on the ground and cut the five centimeter (two inch) Nazi symbol into her thigh with what she said was an "object similar to a scalpel."

Police had said last month that they believed her because an initial medical examination concluded that she could not have cut the swastika herself.

But two separate examinations since then have cast doubt on her version of events and the girl is being investigated on suspicion of falsely claiming that a crime occurred, the spokesman for the Chemnitz public prosecutor's office, Bernd Vogel, told SPIEGEL ONLINE. "There are sufficient indications to support that," he said.

Vogel stressed, however, that police were also still pursuing the original line of investigation and looking for the attackers, even though no witnesses had come forward to corroborate the story and one possible suspect had an alibi.

He said the probe so far had also found that the six-year-old girl in question hadn't been present, and could therefore not have been harassed.

Were her claim to be proven wrong, it wouldn't be the first false account of a neo-Nazi attack. In December 2002 the 14-year-old daughter of a Cuban man walked into a police station in the town of Guben on Germany's border with Poland and claimed that neo-Nazis had cut a swastika into her cheek. She later admitted that she made up the attack.

In 1994, a wheelchair-bound girl in the eastern town of Halle made the same claim, prompting a demonstration by 10,000 people against far-right violence the next day. But she later admitted that she had lied.

With reporting by Florian Gathmann