Michael Steiner, 65, had a long diplomatic career, though many remember him primarily for the scandal that cost him his job as Chancellor Gerhard Schröder's foreign policy advisor. On a trip home from China, his plane got held up in Moscow and he got into an argument with a German military officer, ultimately calling the official an "asshole," according to media accounts of the incident. He also demanded caviar -- as a joke, Steiner continues to insist to this day. Nonetheless, he was run out of office by the tabloid press a short time later.

Still, he can look back on a long career as a German diplomat. He was at Schröder's side on Sept. 11, 2001, he served as Germany's special representative for Afghanistan and Pakistan, he was head of the United Nations mission in Kosovo and, early on in his career, he was press attaché at the German Embassy in Prague in the fall of 1989, as the communist bloc was crumbling. Other postings include an extended stint as deputy high representative in Sarajevo, Bosnia and Herzegovina. SPIEGEL spoke with him about his long diplomatic career. The following are excerpts from that interview.

SPIEGEL: Caviar-gate wasn't the only time you landed in the headlines due to an ill-considered remark or an unorthodox approach to diplomacy. In retrospect, might you have needed just a bit more self-restraint?

Steiner: You know, during my time in Bosnia in the 1990s, I worked very closely and very successfully together with Richard Holbrooke, who was President Bill Clinton's special envoy to the Balkans. He was a diplomat, but he was one of the most direct people I know. Back then, he held a round of talks with Serbian President Slobodan Milosevic in an Air Force museum where a cruise missile was on display, just to make clear to Milosevic what could be in store for him if he refused to back down. I was never a fan of Talleyrandian diplomacy, which conceals its true motives and spreads an aura of secrecy. I don't think it works.

SPIEGEL: The attacks in the United States on Sept. 11, 2001 came during your stint as Chancellor Gerhard Schröder's foreign policy advisor. Do you remember that day?

Steiner: Of course, just like everybody, probably. Schröder was actually supposed to hold a speech that day at the German Council on Foreign Relations in Berlin. My people had prepared a nice text for him, but when he was supposed to head out, he -- like all of us -- couldn't wrest himself away from the TV images of the burning Twin Towers. Schröder said: "Michael, you go there and explain to the people that I can't come today."

SPIEGEL: What was it like in the days following the attacks?

Steiner: Condoleezza Rice was George W. Bush's security advisor at the time. I actually had quite a good relationship with her. But after Sept. 11, the entire administration positively dug in. We no longer had access to Rice, much less to the president. It wasn't just our experience, but also that of the French and British as well. Of course that made us enormously worried.

Steiner: Because we thought that the Americans would overreact in response to the initial shock. For the US, it was a shocking experience to be attacked on their own soil.

SPIEGEL: What do you mean, overreact? Were you afraid that Bush would attack Afghanistan with nuclear weapons?

Steiner: The Americans said at the time that all options were on the table. When I visited Condoleezza Rice in the White House a few days later, I realized that it was more than just a figure of speech.

SPIEGEL: The Americans had developed concrete plans for the use of nuclear weapons in Afghanistan?

Steiner: They really had thought through all scenarios. The papers had been written.

SPIEGEL: One day after the attacks, Schröder pledged his "unlimited solidarity" to the US. Did that formulation come from you?

Steiner: No, on the contrary. I thought it was wrong. Full solidarity, absolutely. But a state can't be writing blank checks.

SPIEGEL: Did you try to convince Schröder to change his mind?

Steiner: Yes, I went to see him in Hanover for exactly that reason. But he didn't change his mind. He threw me out.

SPIEGEL: Were you angry?

Steiner: Yes. But it must be said that, on many issues, Schröder was right in hindsight. I can remember an evening in London when he was sitting together with British Prime Minister Tony Blair. It was two or three in the morning and the two were, let us say, in an advanced social state. Suddenly Blair said: "You can have them all, Gerd, all the cars that we've built here: Rolls Royce, Bentley, Rover. That is the 19th century, that is steel, that isn't the future. Schröder answered: "Tony, you have no idea about the economy. You don't get it. The cars that we build are drivers of technology. Already today, they contain the most modern electronics and that will be even more the case in the future. That is the platform for the real future." Back then, I was deeply ashamed for Schröder. I thought the future was the financial markets and virtual reality. And then comes Schröder with his old fashioned stuff. And who was right? Gerd Schröder.

In the summer of 1989, Michael Steiner took one of his first positions as press attaché at the West German Embassy in Prague. Just weeks later, the situation there escalated as thousands of refugees from East Germany climbed over the embassy fence, hoping to be able to travel to West Germany. They pitched tents on the grounds of the embassy for shelter. On Sept. 30, German Foreign Minister Hans-Dietrich Genscher visited the diplomatic outpost and announced from the building's balcony that the East Germans would be allowed to travel to the West. Press attaché Steiner stood just behind Genscher when the announcement was made and watched as those gathered below began cheering jubilantly.

SPIEGEL: Were you aware during that moment on the balcony that history was being written?

Steiner: Yes. You know immediately in such a moment.

SPIEGEL: What were you able to see?

Steiner: It was very crowded on the balcony. ... I couldn't see the people in the garden below. Then Genscher said these words: "We have come here today to tell you that you are free to leave. ..." After that, all we could hear were cheers of joy. It sent shivers down my spine. I knew that was the end of East Germany.

SPIEGEL: It is one of the great moments of German history, but there is no good video footage of it. Why not?

Steiner: Genscher wanted to avoid anything that could make the defeat of the Eastern Bloc particularly spectacular or vivid. That's why there were no preparations. At a barbecue a couple weeks previously, the ambassador had asked me: "Does Genscher want us to bring the people into the embassy, or to reject them?" I answered intuitively: Neither, nor. And I think we did the right thing. You have to imagine, there were already 5,000 East German refugees on embassy grounds by then. Outside the fence, there were more who wanted to get in. We had made the choice to act as passively as possible. When they came, we would receive and care for them, but we wouldn't actively encourage anybody. History would have to find its own way, which is ultimately what happened.

SPIEGEL: There are images showing you helping a man climb over the fence. That's not exactly passive.

Steiner: That was already quite late in September. From my press attaché office, I saw that a refugee was hanging on the fence and had almost made it. But Czech police were beating him and trying to pull him back by the feet. I ran out and yelled at the police to let go. I was really afraid. I was lucky that the policeman was even more afraid and actually did let go.

SPIEGEL: Were you concerned at the time that, if someone made the wrong move, it could trigger World War III?

Steiner: The situation, in any case, was enormously tense; it is hard to imagine it today. On one occasion, young East Germans were standing face-to-face with the police. The Czechs were threatening to use their batons and teargas. Suddenly, young mothers came with their babies and marched directly at the police, holding their children out in front of them. I thought: They're crazy! But despite their desperation, they had the correct intuition. When they saw the babies, the police didn't dare to use teargas.

SPIEGEL: After the East German regime gave in, you rode in a special train to West Germany together with the refugees. Why did you have to ride along?

Steiner: We went along as collateral, to ensure that the trains arrived safely at their destination. The route led through East Germany, in accordance with the wishes of East Berlin. But it was a huge tactical mistake on their part, because it ensured that those in East Germany along the route would witness the defeat of their regime.

SPIEGEL: What was the mood like in the train?

Steiner: The people were euphoric, but they were also very afraid. They didn't trust the regime, of course. Some of the refugees threw their passports and keys out of the train to leave their pasts behind. It was zero hour.

SPIEGEL: You remained in Prague for some time after the collapse of communism. Wasn't life suddenly extremely boring?

Steiner: No, the entire country was in upheaval, after all, and even at the embassy, we made a few interesting discoveries. We asked the new Czech president, Václav Havel, to clean the embassy of bugs. The Bundesnachrichtendienst (eds. note: Germany's foreign intelligence agency) hadn't found anything, but we didn't believe it. Eventually, Havel sent over a team and the method became clear. They had installed tiny glass tubes through the thick embassy walls and put the bugs on the outside. They could hear every word.

SPIEGEL: Were you not aware that you, as diplomats, were being eavesdropped on?

Steiner: Yes. But the method used was particularly clever.

SPIEGEL: Did such surveillance cease once communism collapsed?

Steiner: Unfortunately, no. In the Chancellery one day, I unscrewed my telephone receiver, I don't even know anymore why. In the receiver, I found a strange, small component. It was a bug, and it had apparently been there for some time. I was furious.

SPIEGEL: Did you have a suspicion as to who was listening in?

Steiner: There were clues that the bug was placed in my receiver by powers that tended, in principle, to be friendly. But let's leave it at that.

SPIEGEL: What does a day in the Chancellery look like when Schröder's foreign policy advisor finds a US bug in his telephone and becomes enraged?

Steiner: I told everyone who needed to know.

SPIEGEL: Mr. Steiner, we thank you for this interview. 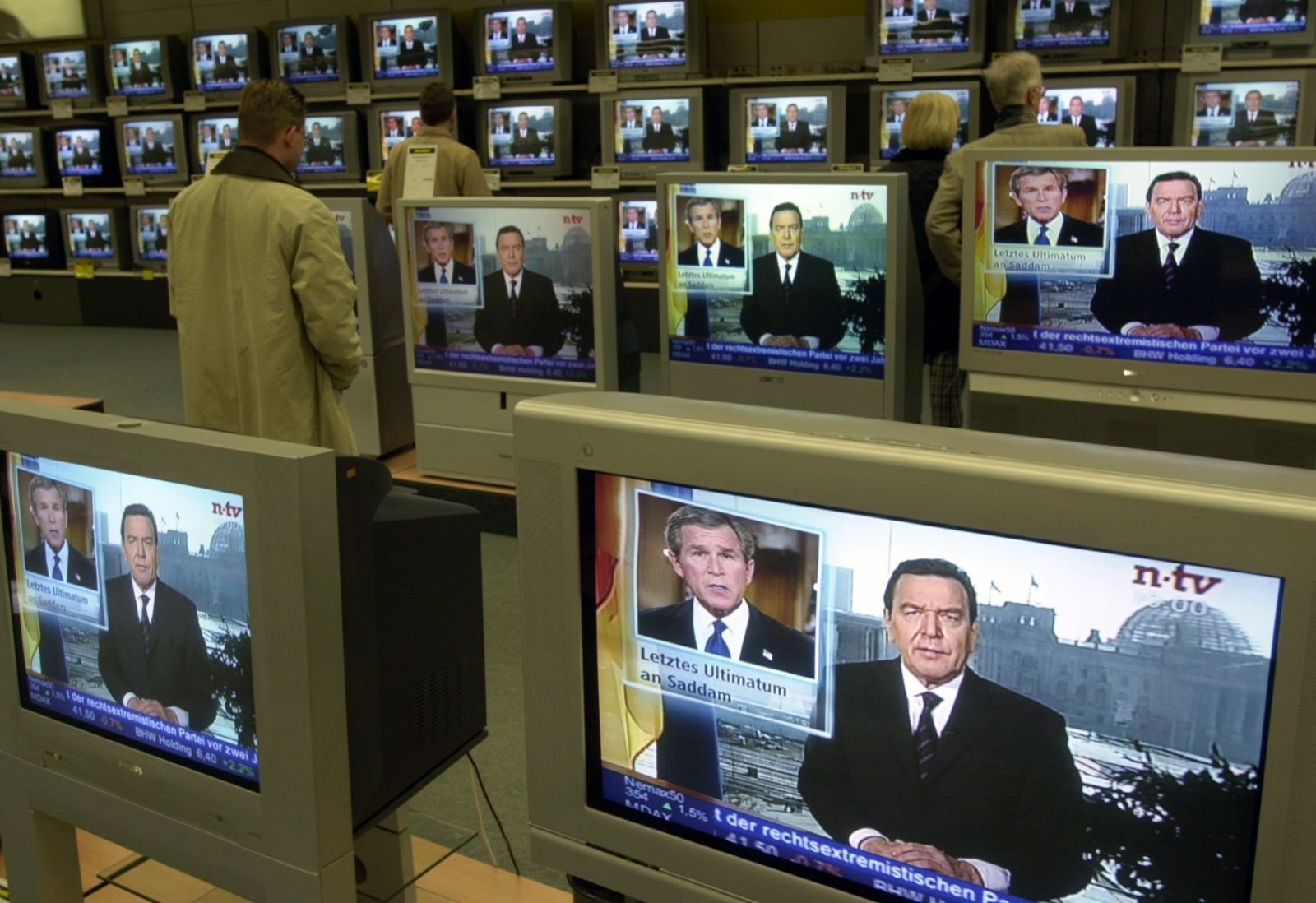 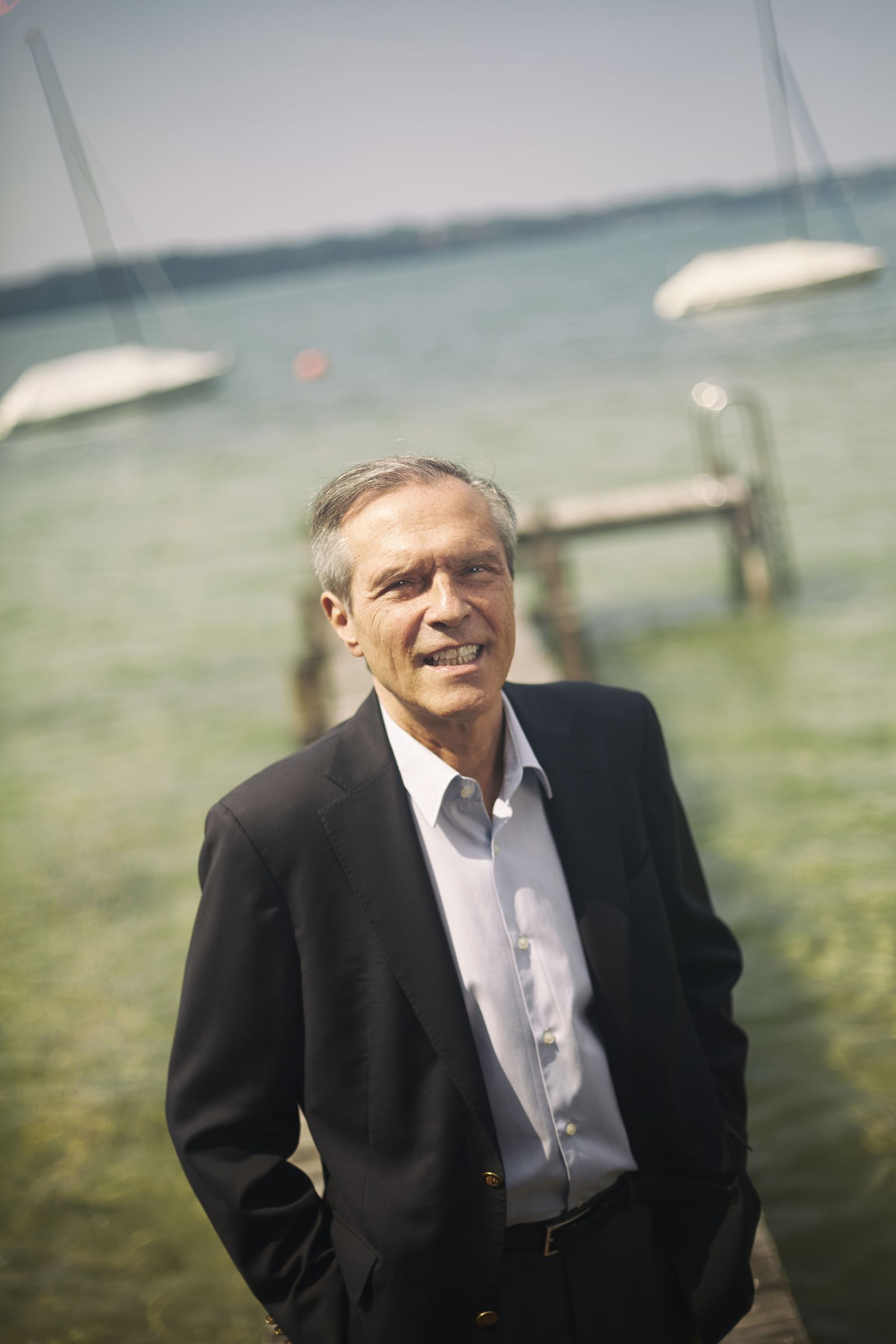