Anyone who mentions the name of the French president around members of Germany's governing coalition at the moment can expect to see plenty of irritated faces. Dubbed the "French general," Nicolas Sarkozy has already annoyed members of Angela Merkel's conservative Christian Democrats and their coalition partner, the business-friendly Free Democrats, by not consulting anyone when he sent his fighter jets to patrol the skies over Libya. Didn't the French president once allow "Brother Colonel" Moammar Gadhafi to pitch his Bedouin tent in Paris, they ask? Perhaps, they add, Monsieur Sarkozy wants that little snippet of information to be quickly forgotten -- along with his cosy relationships with other North African despots. Oh, and he is facing elections next year, as well: A determined military operation to defend human rights might do no harm in that respect.

There are not many people in Berlin who have good things to say about the country's western neighbor at the moment, despite the high value that is normally attached to good Franco-German relations. The military operation against the Libyan dictator has put a spanner in those particular works.

The German government considers the military action a mistake, hastily launched without a proper plan. The lack of preparation is, however, compensated for with plenty of rhetoric. France is determined to assume its "role in the face of history," Sarkozy declared. And he went further, cleverly portraying Germany as occupying an outsider role alongside China and Russia. And now Paris also wants to downgrade NATO to the role of a helper rather than giving it command of the operation.

The Paris leadership is getting on the nerves of many in Berlin. The feeling is so strong that FPD floor leader Birgit Homburger made her anger clear on Wednesday: "I cannot see how we can be criticized by those who go it alone themselves."

'Our Relationship Is Markedly Colder'

But the animosity is currently mutual. The French are disappointed with the German abstention on the Libya resolution in the UN Security Council. The Le Monde newspaper said the German government was "lacking solidarity or any maturity." Germany was giving the impression of being a freeloader who wanted to "harvest the fruits of the determination shown by the French, British and American allies without getting their hands dirty."

French Foreign Minister Alain Juppe was more cautious with his words. "We would have wished that Germany would join us," he said. Other, anonymous sources, however, were far more explicit. "Angela Merkel will have to pay for this for a very long time," a French diplomat was quoted as saying by the newspaper Le Parisien. "Even if they receive the support of their own public, their international image will suffer, and our relationship is getting markedly colder." Le Figaro also quoted a disgruntled high-ranking French diplomat, who described Berlin's stance as "a big mistake which will cost Germany dearly in political terms." The newspaper spoke of a "severe blow to the Franco-German friendship."

Officially, of course, there is no mention of such problems. Following the adoption of the UN resolution, Chancellor Angela Merkel rushed to the Libya summit meeting because she wanted to avoid the impression she was politically isolated. President Sarkozy did not say anything and welcomed Merkel as warmly as ever. The chancellor hastily insisted that the resolution was now "also our resolution" -- abstention or not. Germany naturally stood by its allies, she said. Nonetheless, it was noticeable that, out of the European leaders present, Polish Prime Minister Donald Tusk was the only other head of government who had not offered any military assistance.

Germany on the Sidelines

France will not go out of its way to make sure that Germany is involved in future planning of the operation in Libya. Sarkozy's diplomats are currently working hard in Brussels to prevent leadership of the military operation being transferred to NATO, something the Germans would welcome. Instead, Paris has organized its own political steering committee, which would include representation from all the parties involved in the operation, as well as the African Union and the Arab League. The first meeting will be held in London next Tuesday. The Germans will be on the sidelines.

The French government has tried to downplay the disharmony. Foreign Minister Juppe said it was not the first time Germany and France had been at odds: "That has never put our fundamental solidarity in doubt." Europe Minister Laurent Wauquiez talked of the two countries having different views of the Libya issue. "Does this mean the end of Franco-German relations?" he asked. "Of course not!"

He is obviously right, but the relationship between the two countries is hardly going to improve any time soon. Perhaps Sarkozy and Merkel can start the process of making up on Thursday, when they will meet in Brussels for the EU summit. Libya will take a back seat, with the final scope of the euro-zone rescue fund set to be top of the agenda. That, at least, is an area where Germany and France usually take a joint leading role.

There will, however, be another issue up for discussion which could cause further division between the two countries: the consequences of the nuclear emergency in Japan. The chancellor has announced a joint Franco-German initiative on nuclear power plant security. Sarkozy made clear, however, that he does not agree with Merkel's sudden shutdowns of nuclear plants in Germany. "Phasing out nuclear power is not an option," he said. 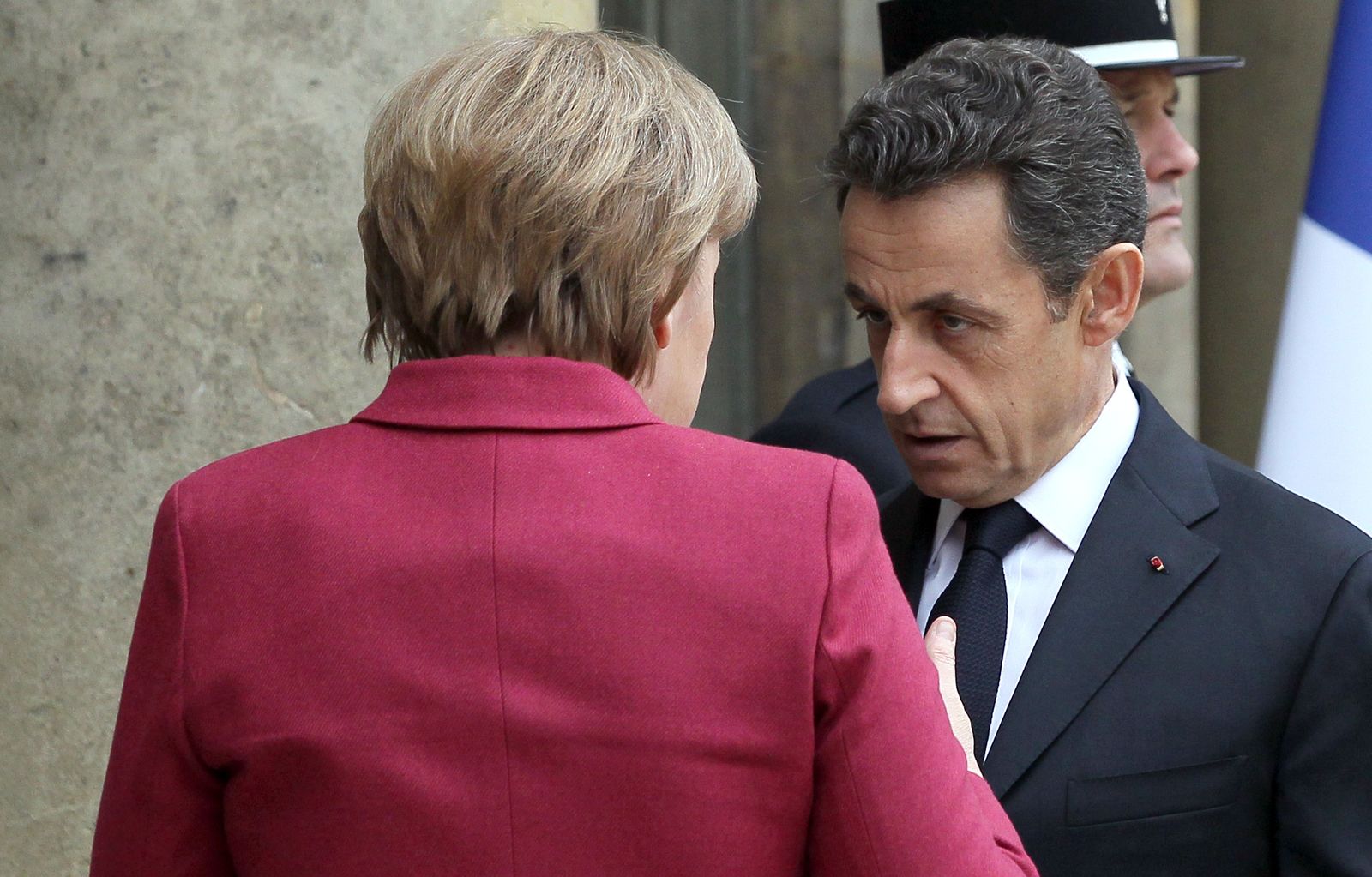