In the wake of the Fukushima disaster in March 2011, German Chancellor Angela Merkel announced an "energy revolution" involving a phase-out of nuclear power and a switch to renewable energy. But almost one year on, SPIEGEL has learned that a cornerstone of the supposed revolution, Germany's so-called Energy and Climate Fund, has fallen dramatically short of its targets.

According to a report from the German Finance Ministry sent to the Green Party parliamentarian Sven-Christian Kindler, the money flowing into the fund in 2011, its first year of operation, was only a quarter of the planned €300 million ($396 million). Similarly, instead of an expected disbursement of €300 million, only €46.6 million was actually paid out. The shortfall shows that the German government has "failed in the financing and implementation of the energy revolution," Kindler told SPIEGEL.

The fund was created to provide additional financing for renewable energies, energy efficiency and national and international climate protection. Most of the fund's financing was intended to come from the auctioning of emissions certificates. As of 2012, all the proceeds from Germany's emissions trading will go into the fund.

But the outlook for the fund remains bleak for 2012, given that the income from emissions trading has fallen short of predictions. The current market price of carbon-dioxide certificates is €7.50 rather than the expected €17, which the calculations for the fund were based on. Faced with less income than expected from emissions trading, the Finance Ministry is now considering boosting the ailing climate fund by giving it an "unplanned liquidity loan" from the federal budget.

Under the emissions trading scheme, greenhouse-gas emitting companies get a limited number of certificates each year to cover their emissions. The system was designed to encourage companies to clean up their businesses, allowing them to sell any surplus certificates. 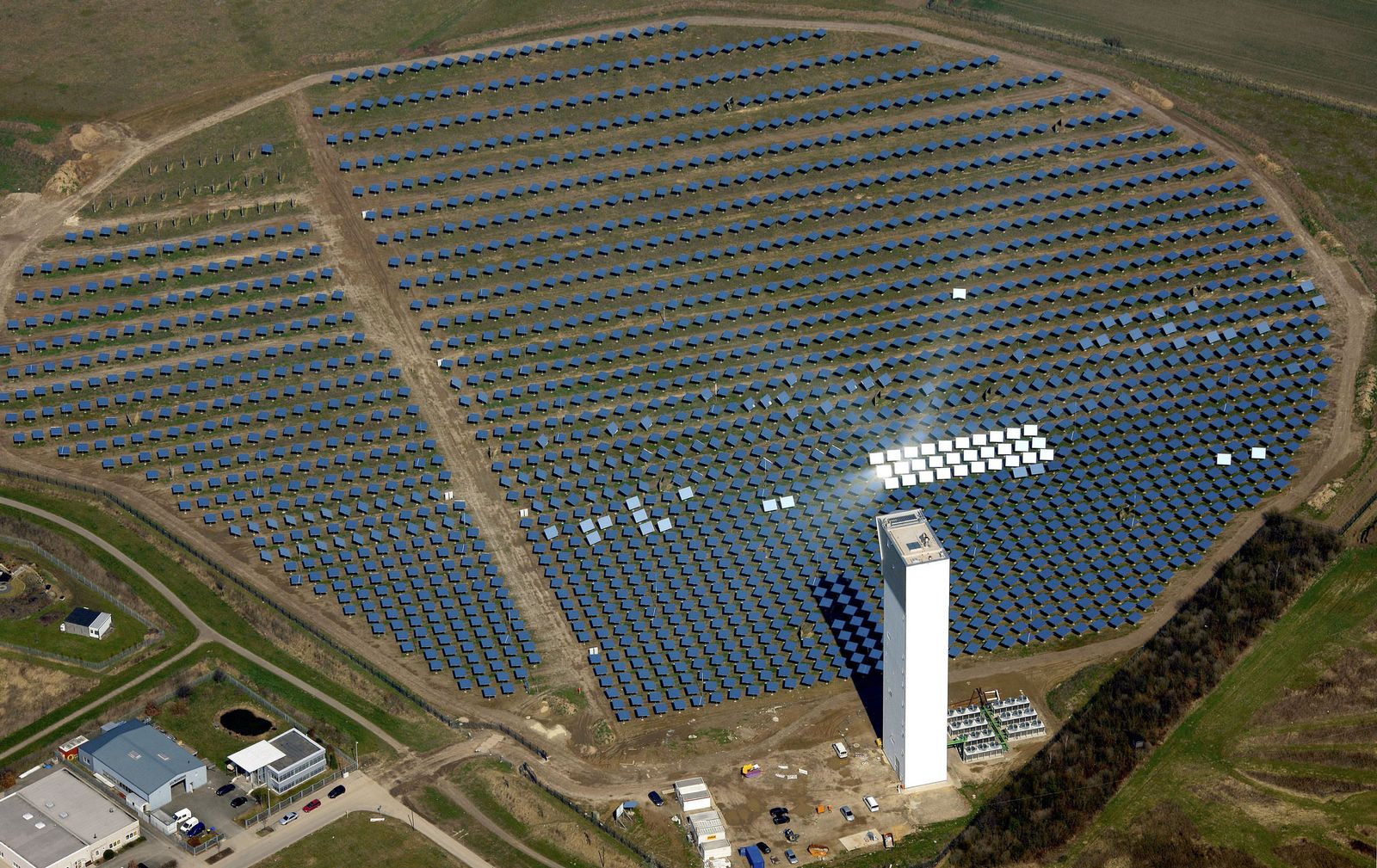 A solar power plant in Jülich in western Germany. Germany's energy fund has fallen short of its targets.