For weeks, the center-left Social Democratic Party (SPD) had been looking forward to a clear victory in Sunday's election in the city-state of Hamburg. But the result that was announced on Sunday evening went far beyond what the polls had suggested.

The Social Democrats won 48.3 percent of the vote, giving them an absolute majority in the city-state's parliament. With 62 seats, the SPD will now have a three-seat lead over the opposition. It is the best result that the Social Democrats have attained in a state election anywhere in Germany since 1998, the year the SPD and its coalition partner the Green Party wrenched power away from the conservative Christian Democratic Union's (CDU) long-serving Chancellor Helmut Kohl.

Shortly after 6:30 p.m., the SPD's leading candidate Olaf Scholz, who will now become Hamburg mayor, addressed cheering party members. "This is a very, very impressive result," he said. "Many Hamburg residents have put their trust in me. I take that very seriously."

The CDU, which had been in government in Hamburg since 2001, was severely punished by voters. At 21.9 percent, the party received its worst result in the port city since World War II; in the last election, in 2008, it reaped 42.6 percent of the vote. Observers attributed the CDU's loss of support to voter dissatisfaction with the party over a range of local issues, such as a failed education reform and controversial plans to dredge the city's Elbe River to improve access to Hamburg's important port.

Outgoing Mayor Christoph Ahlhaus conceded defeat shortly after the polls closed. "There is no point in trying to gloss over it," he said. "This is a painful hour for the CDU in Hamburg. We are at a loss." Ahlhaus took over as mayor in November 2010, after the CDU-Green Party coalition government which had ruled the city-state since 2008 collapsed, leading to the resignation of long-serving mayor Ole von Beust and the calling of early elections for Feb. 20. Ahlhaus was unpopular with many Hamburg residents, however, and was plagued by a series of missteps.

The SPD's national leader, Sigmar Gabriel, congratulated the Hamburg SPD on Sunday evening. "We can see that the SPD is successful when it is close to the people," he said. "One can rightly say that this is a historic result," he said, adding ironically: "And not just for us, but also for the others."

The Green Party, whose former coalition with the CDU was the first of its kind in Germany, managed to get 11.2 percent of the vote, an improvement over its performance in 2008, when they reached 9.6 percent. But despite winning more votes, the party emerges as one of the election's losers. Now that the SPD has won a rare absolute majority, it will not need to enter into a coalition with the Greens, its preferred partner, as the smaller party had been hoping. As a result, the Greens will probably end up in opposition.

The business-friendly Free Democratic Party (FDP) will be represented in the city-state's parliament for the first time in years, after gaining 6.6 percent of the vote; in the 2004 and 2008 elections, it failed to reach the 5 percent threshold, a rule designed to prevent too many small parties from having seats in parliament. The left-wing Left Party will also be represented in parliament after winning 6.4 percent of the vote, exactly the same result as it reached in 2008.

Setback at Start of Year of Elections

The result is a setback for Chancellor Angela Merkel and her coalition government of her CDU, its Bavarian sister party the Christian Social Union and the FDP. The thrashing in Hamburg means that the government parties have lost further ground in the Bundesrat, the German legislative chamber which represents the interests of the country's 16 states and which needs to approve many laws. They will now have a total of 31 seats in the body, down from 34. They were, however, already operating without a majority, which requires 35 seats.

Merkel will be hoping that the Hamburg loss, which was widely expected, is not a portent of things to come, in a year which will see six more state elections. The next key election is on March 27 in the southern German state of Baden-Württemberg, a traditional CDU bastion which has been ruled continuously by the party since 1953. Merkel's party faces the prospect of losing power there after the CDU's popularity has waned sharply as a result of popular protests against Stuttgart 21, a controversial rail project. If the SPD and Greens managed to repeat their Hamburg victory there, it would be nothing short of a political earthquake with serious implications for Merkel on the national level. 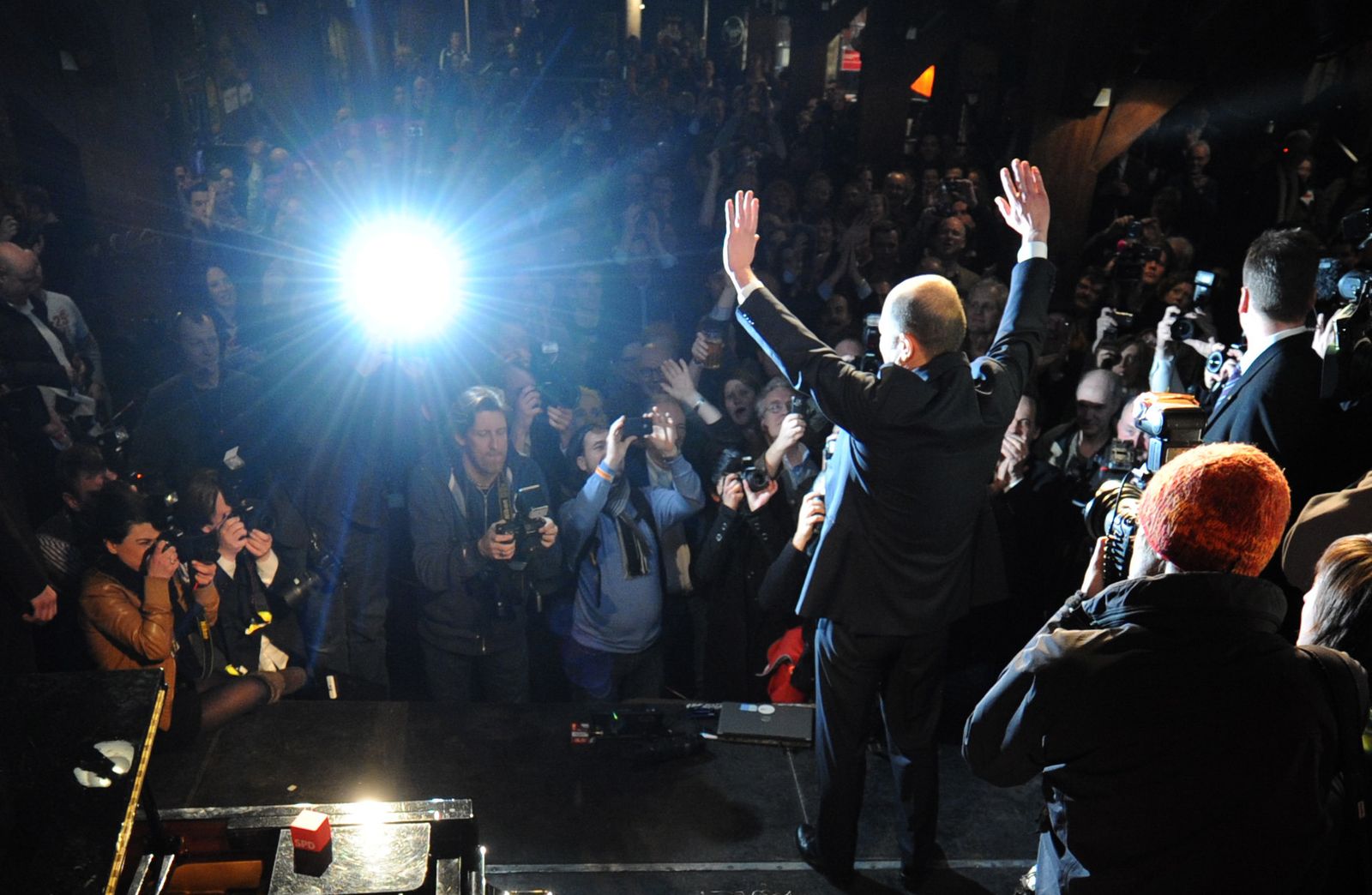