The notice is still in place on the German Foreign Ministry website. "The reform of the United Nations Security Council remains a major goal for the German government. ... The German government's willingness to shoulder more responsibility within the framework of such reform is unchanged."

"UN reform" is diplo-speak for Berlin's desire to assume a permanent seat on the Security Council, a goal that Chancellor Angela Merkel has long been striving for. An alternative to that target would be a permanent European Union seat. But following Germany's abstention from the Council resolution passed last Friday, which authorized military operations to thwart attacks by forces loyal to Libyan dictator Moammar Gadhafi on civilians, an increasing number of foreign policy heavyweights in Germany are saying that the goal is now unachievable.

"Germany has lost its credibility in the United Nations and in the Middle East," wrote former German Foreign Minister Joschka Fischer in a contribution to the Tuesday edition of the Süddeutsche Zeitung. "German hopes for a permanent seat on the Security Council have been permanently dashed and one is now fearful of Europe's future."

Klaus Naumann, formerly the general inspector of the Bundeswehr -- the highest ranking position in the German military -- was, if anything, even harsher in his assessment. "Germany's hopes for a permanent Security Council seat can be buried. Even the idea of an EU seat is damaged," he wrote in a piece for the business daily Handelsblatt. "Germany has turned the idea of a unified European Union foreign policy into a farce."

'We Calculated the Risk'

German Foreign Minister Guido Westerwelle has done his best to defend his country's abstention on resolution 1971. Initially, he said that the non-vote stemmed from fears in Berlin of becoming involved in the conflict. More recently, he has pointed to a debate within the Arab League about the Western military force currently being brought to bear in Libya.

"We calculated the risk," Westerwelle told reporters in Brussels on Monday ahead of a meeting of EU foreign ministers. "If we see that three days after this intervention began, the Arab League already criticizes it, I think we had good reasons."

Critics of Westerwelle's position have found neither explanation to be particularly convincing. On the one had, a vote in favor of military action in Libya would not have made German involvement obligatory. On the other, prior to the vote, the Arab League had been among those calling for a no-fly zone in Libya. Many have said that, with crucial state votes looming on Sunday in Baden-Württemberg and Rhineland-Palatinate, domestic political concerns are to blame for Berlin's unwillingness to support the resolution.

Germany's abstention made it the only Western country on the Security Council not to approve military action against Libya -- all the more surprising given Westerwelle's repeated assertions prior to ( and also subsequent to) the vote that Gadhafi had to go. Also abstaining were China, Russia, Brazil and India.

In his essay, Fischer argued the abstentions by China and Russia, because they possess permanent vetoes, were essentially "yes" votes -- whereas that from Germany, as a leading member of both NATO and the European Union, was akin to a "no" vote. "I don't know what the German foreign minister was thinking," he wrote. "But (the abstention) doesn't have much in common with a values-driven foreign policy nor with German and European Union interests."

Images of the Warsaw Ghetto

Daniel Cohn-Bendit, a long-time member of the Green Party and now a member of the European Parliament, is likewise concerned about Germany's apparent reluctance to vigorously defend Western values.

"Why is it so difficult for us in Germany to realize that we have to help the rebels in Libya, primarily because a bloodbath is looming in Benghazi?" Cohn-Bendit, who is a dual citizen of France and Germany and currently holds a French seat in the parliament, said in an interview with SPIEGEL ONLINE. "Everyone has seen pictures of the Warsaw ghetto. Everyone knows what happens when an army takes over a city. That's why all parties in France, including on the left, were in favor of a military intervention in Libya. In Germany, that didn't happen."

Of particular concern for many critics is the fact that Westerwelle has largely isolated his country from its closest allies. Ever since World War II, Germany has sought to surround itself with allies, preferring to be a member of a larger club than to going it alone. Indeed, it has been this foreign policy philosophy which has made Germany a leading proponent of European integration and a driver behind the goal of a unified EU foreign policy.

"The opposition to our closest partner France is a break with all constants of German foreign policy since 1949," Naumann wrote. "It is the legacy of Adenauer and Kohl -- all of Germany's chancellors in fact -- that Germany can never again be isolated. And now it is supposed to be in Germany's interest to throw that all over board and risk going it alone because of the vague risk of becoming involved in a war in Africa?"

The results of the break with France have already become clear. At Monday's meeting of European Union top diplomats, French Foreign Minister Alain Juppe reportedly did not take kindly to Westerwelle's tacit backing of the Arab League's criticism of ongoing Western air raids in Libya. When questioned about the tiff, Juppe merely said "I say what I think and so does Westerwelle."

And so too does Fischer. "I have nothing but shame for the failure of our government," he wrote. 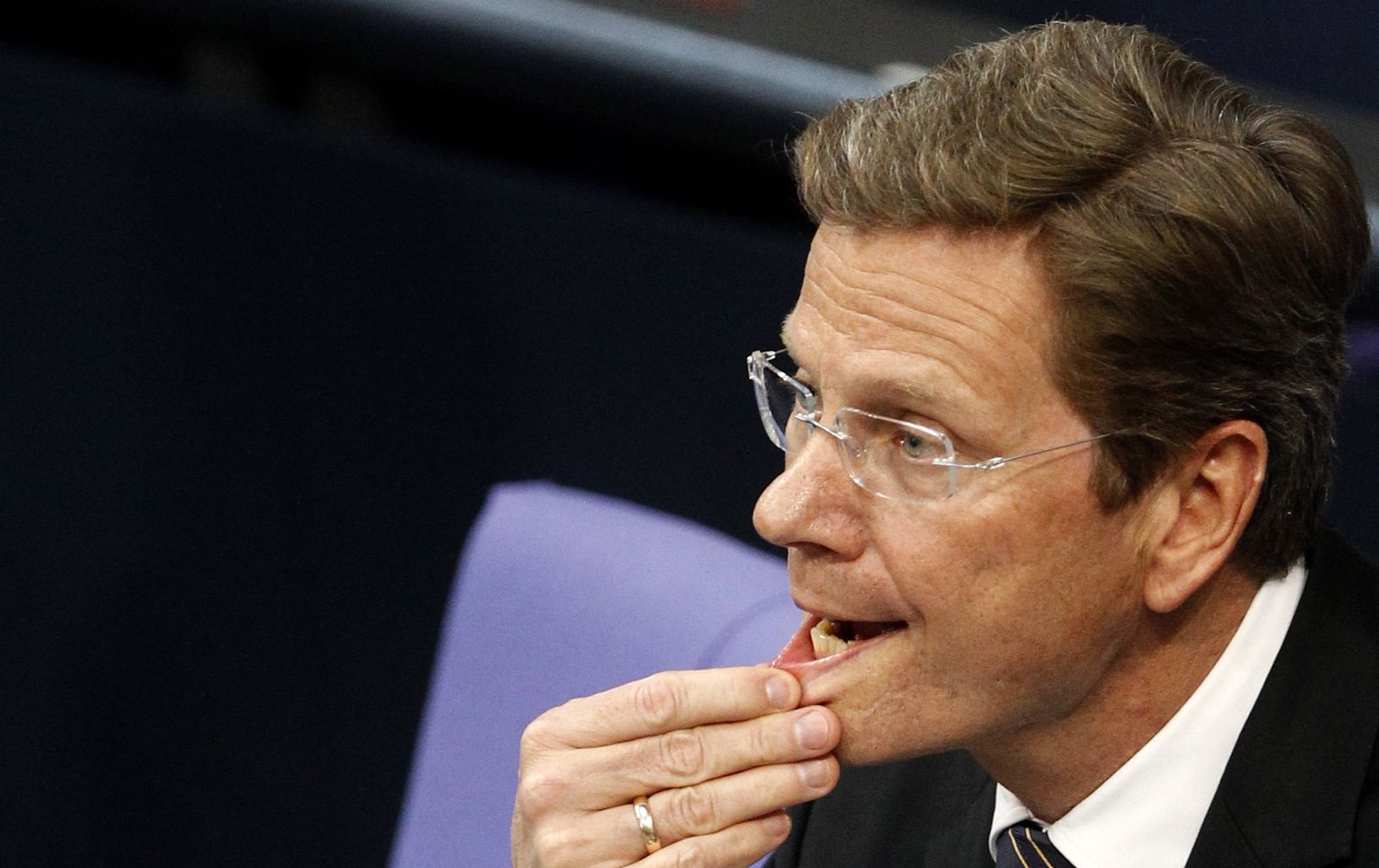 German Foreign Minister Guido Westerwelle has been widely criticized for the decision to abstain from the UN Security Council vote authorizing force against Libya.