The number of German pensioners with jobs has surged in the last decade, according to government data. Experts are divided on whether they are doing so because their pensions aren't high enough or for other reasons, such as a desire to remain active.

In addition, the number of pensioners with jobs paying more than €400 -- which are subject to insurance contributions -- has almost doubled since 1999 to around 154,000 last year. More than half of them, or around 80,000, were full-time jobs. The figures don't even include self-employed pensioners. T

The numbers were reported in daily Süddeutsche Zeitung on Tuesday and are based on government data released in response to a parliamentary question from the opposition Left party.

There are various reasons why eldery people continue working and welfare groups believe it can be blamed on a decline in pensions. In 2000, the average German pension for someone who had paid in contributions for at least 35 years averaged €1,021 per month. By 2011, partially as a result of tough reforms passed under Chancellor Angela Merkel's predecessor Gerhard Schröder, that figure had fallen to €953.

But Holger Schäfer, labor market expert at the Institute of the German Economy, which has close links with employer federations, said there are other reasons why people carry on working. He said research showed that a high proprtion of working pensioners are relatvely highly qualified. "That suggests that financial need may not be the main motivation in many cases," he told the Süddeutsche.

Ulrike Mascher, chairwoman of the biggest German welfare group VdK, disagrees. "In the case of the 120,000 people in mini-jobs aged over 75, it won't be university professors who want to go on working. It's pensioners who are delivering newspapers, stacking supermarket shelves and doing other unattractive jobs to improve their meagre pensions."

The German Labor Ministry pointed out that falling pensions don't have to mean a declining standard of living. Other sources of income such investment returns or corporate pensions have gained in significance for pensioners in recent years, the ministry said. 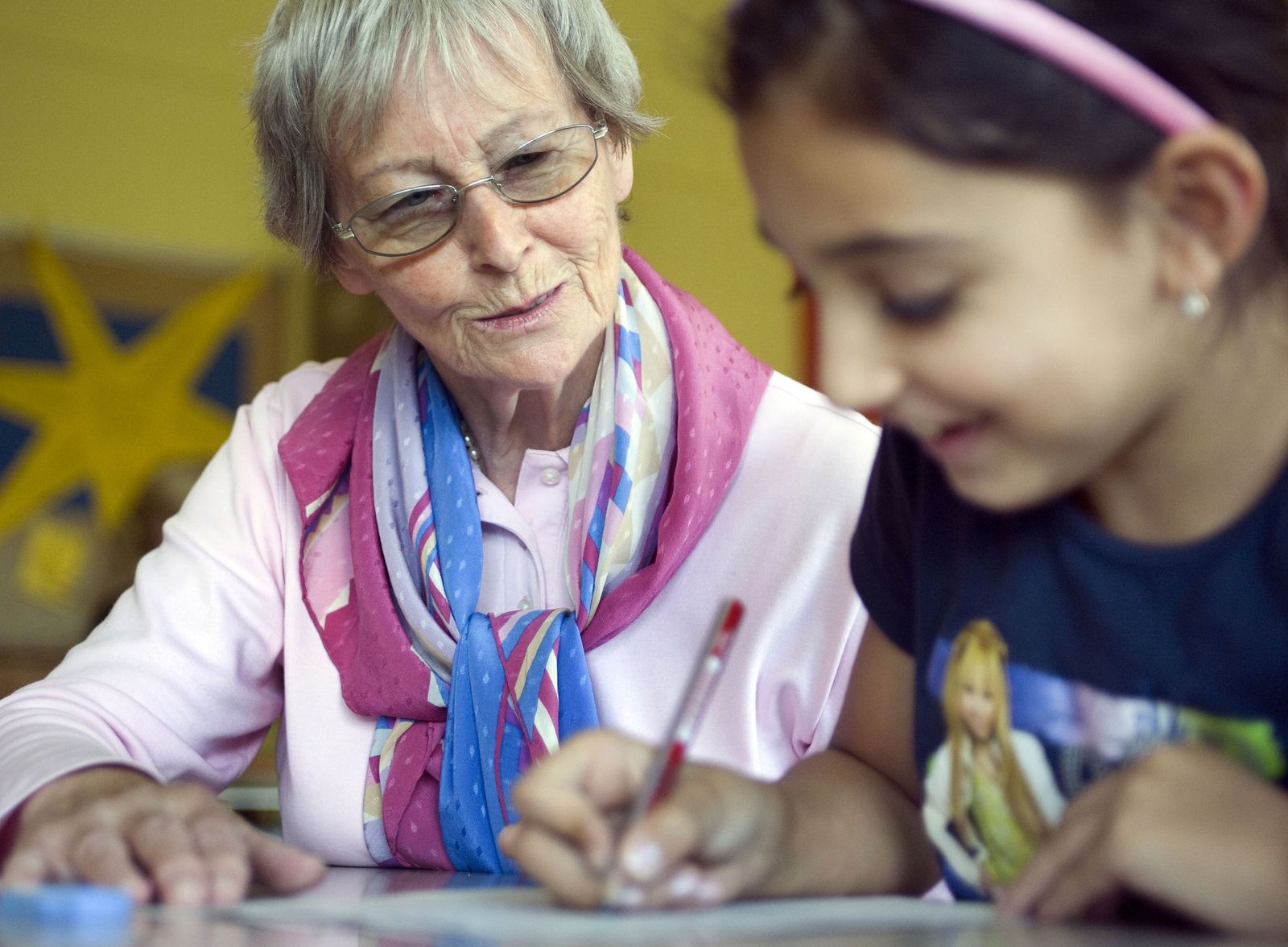 A pensioner giving after-school tutoring. The number of working pensioners is rising.