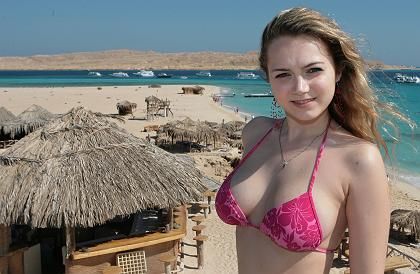 The problem has been well known for years: Ever since the mid-1990s, young Eastern Germans have been fleeing the region due to a lack of economic opportunity, hoping to find jobs in the western part of the country. Some 1.5 million have already left the region -- roughly 10 percent of the population of East Germany when the Berlin Wall fell. Even worse, most of those who leave are under 35 and many of them have above average education or training.

But according to a new study released by the Berlin Institute for Population and Development, there is another problem that accompanies the migration. Since 1991, more than two-thirds of all those who have left Eastern Germany have been women. The result is that in many towns in the region, there are simply not enough to go around -- some places are missing up to 25 percent of their young women. Even worse, the young men who stay behind are often poorly educated, unemployed and frustrated -- perfect fodder for neo-Nazi groups looking for members.

"In general," the study finds, "right-wing radical parties receive more votes in those areas where the most young women have left."

The reasons behind the mass migration from east to west are primarily economic. Despite some regional improvements, the economy in former East Germany continues to lag far behind that of Western Germany. Unemployment remains persistent and is well over 10 percent for those under 25 years of age. The fact that young women in the region tend to be better educated than the young men means that women have an easier time finding work in the west.

Even worse, the problem is unlikely to improve any time soon, the study finds. Already, Eastern Germany is missing some 100,000 babies that otherwise would have been born in the region had more young women stayed. The brain drain and the lack of offspring further erode the economy.

"In those regions where the economic problems are largest, a new, male-dominated underclass has developed, the members of which are excluded from participation in large parts of the society," the study finds. "Many of them have no job, no education and no partner. It is exactly these difficult conditions that make it more difficult to slow the negative demographic trend or even to reverse it."

The study comes on the heels of a report that right-wing violence rose in Germany in 2006, with many of the neo-Nazi-related incidents occurring in Eastern Germany. Additionally, the neo-Nazi party NPD has seen increasing success at the polls in Eastern German states. In state elections in Mecklenburg-West Pomerania, the NPD captured fully 7.3 percent of the vote, meaning that the right wingers now hold seats in three German state parliaments, all of them in former East Germany.

The study recommends a greater focus on educating the region's young men, but admits that solving the problem is a difficult challenge. After all, there is no one to turn to for advice: nowhere in Europe is the disappearance of women as severe as it is in Eastern Germany.

"The lack of women in former East Germany has no equal anywhere in Europe," the study says. "Even Polar regions in northern Sweden and Finland, where young women have for years been leaving in droves, don't come close to the problem in Eastern Germany."