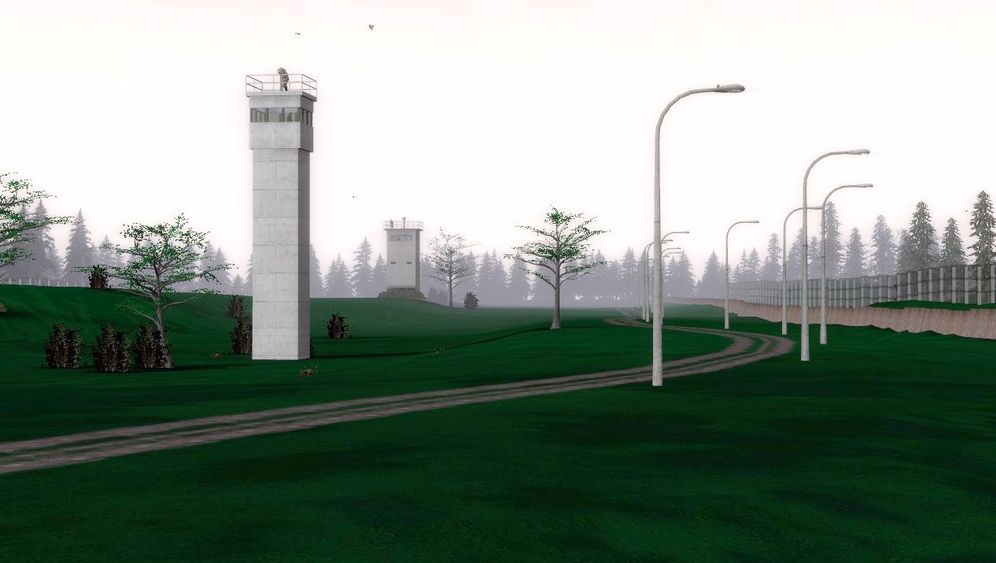 Photo Gallery: The Hunter and the Hunted

It's not unusual for a violent video game to spark controversy. But one new game in Germany has unleashed an unusually bitter debate -- so much so that its release has now been postponed.

The game, titled "1,378 (kilometers)," is controversial because of its unusual subject matter. It allows the player to take on the role of an East German border guard on the "death strip" that formed the internal German border during the Cold War -- and shoot people trying to escape from communist East Germany.

The criticism of the game has been enormous ever since Tuesday, when it was unveiled. Rainer Wagner, who tried to escape from East Germany as a teenager, told SPIEGEL ONLINE it was like a "punch in the face." "It feels like I'm being shot at again, emotionally," said Wagner, who was arrested by border guards during his escape attempt.

Politicians from all sides of the political spectrum have also attacked the game. Markus Meckel of the center-left Social Democrats, who is also a former member of the East German opposition, said the idea was "macabre and scandalous," while Gesine Lötzsch, the co-head of the far-left Left Party, said it was "tasteless and stupid."

The game, whose name is inspired by the length of the border between East and West Germany, has been developed in the "first-person shooter" genre, whereby the player's perspective is that of the person holding the gun. Up to 16 players can play at the same time, and they can choose between the roles of border guard or would-be escapee. While the escapee only has one goal -- to get over the wall -- the border guard has more options, and can shoot or capture the escapee. He can also swap sides and try to clamber over the border defenses himself.

The game's designer, Jens Stober, is a 23-year-old media art student at the University of Design, Media and Arts in the city of Karlsruhe. He told the German news agency DPA that his intention was to teach young people about German history. "In the game, you ask yourself: 'What would I do?'" explained Stober. "You may come to the conclusion that you would not shoot at your fellow countrymen and women."

But that argument holds little water with historians. "Basically you are just picking off people, as if you were shooting rabbits," said Axel Klausmeier, director of the Berlin Wall Foundation. Hubertus Knabe, head of the Berlin-Hohenschönhausen Memorial to the victims of the Stasi secret police, has even filed criminal charges. He wants the Berlin public prosecutor to investigate whether the game glorifies violence.

Stober's university in Karlsruhe has defended his work, however. "The game does not trivialize the injustices (of the East German state) in any way," a spokesman told SPIEGEL ONLINE. Michael Bielicky, a professor who had supervised Stober on the project, also spoke out in favor of the game. "Computer games are the ideal medium to reach the younger generation," he said.

Nevertheless, the university appears to have taken the criticism of "1,378 (km)" to heart. On Thursday, a spokesman told SPIEGEL ONLINE that the game will not be released on Sunday, the anniversary of German reunification, after all. Instead, the release is being postponed until December, when it will be available as a free download.