For Germany, the figures are the warning signs of a demographic time bomb in a fast-graying society. The number of children under the age of 18 in Germany sank to 13.1 million in 2010, down 14 percent from 2000, the German Federal Statistical Office reported Wednesday. The drop came despite considerable efforts by the German government to reverse the declining birthrate through subsidies made directly to parents and for their childcare.

As a percentage of the overall population, Germany has fewer children than any other country in Europe. Only 16.5 percent of the population is younger than 18 years of age. In other European countries, like France, Great Britain and the Netherlands, those figures are over 20 percent. In Turkey, almost one-third of the country's population of more than 72 million people is younger than 18. The countries in Europe with the smallest populations of children are Germany, Bulgaria (16.7 percent) and Italy (16.9 percent).

The study, presented in Berlin and based on data from a 2010 micro-census of Germany, also provides other alarming figures related to childhood poverty.

Among other things, the report found that:

Sharp Contrasts Between East and West

Michael Kruse, spokesman for the German Children's Fund (Deutsche Kinderhilfswerk), said that the figures are "not acceptable," and called on the German government to do more to finally "seriously battle" childhood poverty.

Meanwhile, Berthold Huber, head of the influential IG Metall metalworkers union, blamed low wages for contributing to the number of children living in poverty. Huber called for greater "fairness on the labor market." His union is demanding fair wages for workers in temporary jobs, the establishment of minimum wages and better opportunities for women to switch from part-time to full-time jobs.

Noting a stark divide between East and West, the Statistical Office found that children living in eastern Germany, where unemployment rates are high, were at a higher risk of poverty. In those states, the birth rate has fallen precipitously. From 2000 to 2010, the number of children living in the five eastern states in Germany dropped 29 percent.

The German government has been attempting for a number of years to reverse the decline in birthrates and in the child population. Berlin has passed measures offering more generous maternity, and in some cases paternity, leave, and it offers monthly subsidies to offset the cost of having children as well as sending them to daycare.

On its editorial page on Thursday, the center-left Süddeutsche Zeitung writes: "Now, as before, the main problem still hasn't been solved. Germany pays billions to families. (Despite all the premiums and subsidies), it hasn't had much effect. In neighboring France and Denmark, there is less childhood poverty and the children as a percentage of the overall population is greater. This is because people are better able to reconcile family and work life in those countries. There are also more childcare offerings for children under three and there are all-day schools (which are less common in Germany). That makes it easier for women to decide to have children. In addition, the quota of working women is higher than in Germany."

Meanwhile, the Berlin daily Der Tagesspiegel adds: "What perhaps differentiates Germany from its neighbors even more than an entirely insufficient childcare system is a kind of culture of welcoming newborns. In Finland, for example, the government provides pregnant women with a welcome package for their baby with clothing, toys and pratical things needed in the first few weeks after birth. In Germany, the first thing new parents get from the government in the mail is a form from the tax office: Each newborn is immediately issued a tax ID number." 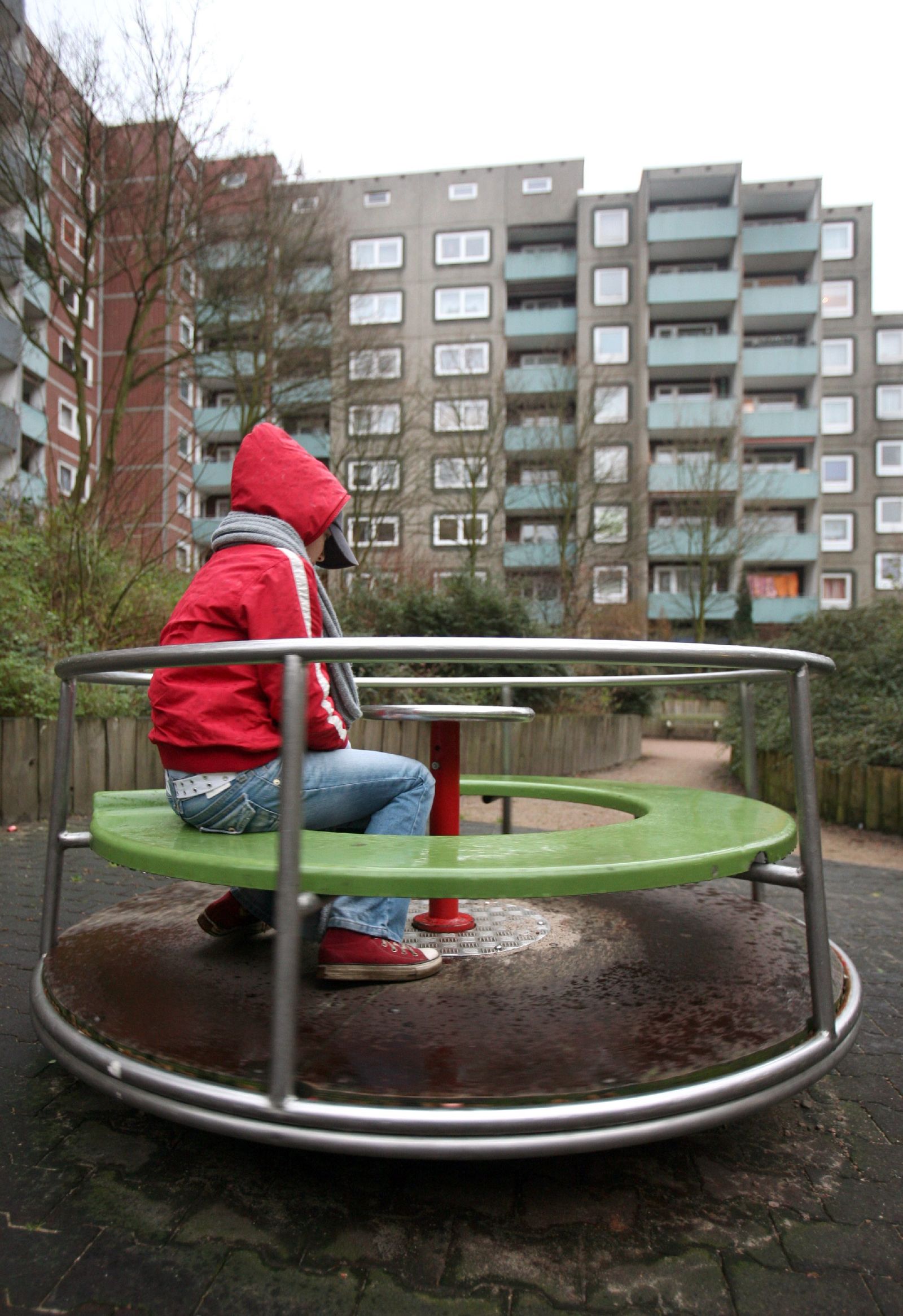 A child in a Hamburg residential complex: A new report has found that parents in 7 percent of German households can't afford to finance hobbies for their children.