The European Stability Mechanism, the permanent bailout fund for the euro zone, may be introduced sooner than planned, SPIEGEL has learned.

According to the German finance ministry, led by Wolfgang Schäuble, the government in Berlin is considering launching the ESM next year, rather than waiting until 2013. If all participating parliaments have ratified the agreement for the new international financial institution, it makes sense for them to start their work immediately, according to the ministry.

An expedited start would have a number of advantages; above all, future calls for collateral in return for aid, as Finland is currently demanding from Greece, would be unnecessary. The ESM will have capital of 80 billion euros (107.4 billion dollars) paid up-front at its disposal to serve as collateral.

In the meantime, a solution for the Finns' controversial demand for security could be on the horizon. They will get their security, but only if they pay their share of the ESM capital, amounting to almost €1.5 billion ($2 billion ) in one go. This possibility would be made available to all the other participating countries as well.

No one in Berlin, however, expects anyone to emulate the Finns. Most countries, including Germany, will pay their contributions to the ESM in five equal annual instalments, as originally planned.

Separately, Chancellor Angela Merkel (CDU) appeared on German TV on Sunday night to reassure the public over the euro crisis and defend her government's course of action. Speaking on public TV station ARD, she insisted that a Greek default was not an option. It would destroy investor confidence in the euro zone and might spark contagion like that experienced after the bankruptcy of Lehman Brothers in 2008, she argued.

"We need to take steps we can control," Merkel said, drawing a parallel between the Greek situation and that of Lehman Brothers, whose bankruptcy helped trigger the global financial crisis. "What we can't do is destroy the confidence of all investors mid-course and get a situation where they say that if we've done it for Greece, we will also do it for Spain, for Belgium, or any other country. Then not a single person would put their money in Europe anymore."

The main thrust of her hour-long appearance opposite talk show host Günther Jauch was simple: The situation is serious but under control. Athens must enforce its reforms; otherwise there will be no more aid. But removing Greece from the euro is not an option. She said there was no alternative to reforming the European Financial Stability Facility (EFSF), the temporary bailout fund, and that the ESM, which is set to supersede the EFSF and make state insolvencies possible, was equally essential. In future there must be a better mechanism for sanctions against countries which cannot maintain stability. And for European financial and economic policy, that means: Yes to better coordination, no to a common financial government.

Merkel Plays Down Need for Own Majority in Vote

Merkel said she was confident the law will be passed, and that she did not regard it as essential that her center-right coalition musters its own absolute majority. Opposition parties have said they will back the law, so it is virtually certain to go through. But a failure by Merkel to rally enough of her own coalition MPs to secure an own majority, which would in effect make her reliant on opposition votes, would be seen as a major blow to her authority. In recent weeks, some two dozen MPs from her conservatives and their junior coalition partner, the pro-business FDP, have threatened not to back the law. Her coalition has a 19-seat majority in the Bundestag lower house of parliament.

Radical steps such a as a debt haircut for Greece or a return to the deutschmark for Germany were ruled out by Merkel. A debt haircut may sound easy, Merkel said, but it could cause a massive loss of investor confidence across the entire euro zone, with incalculable consequences. And a return to the deutschmark would make German exports too expensive.

Merkel, however, referred specifically to the importance of establishing the possibility for an orderly state bankruptcy in the ESM. "I am convinced we need that." 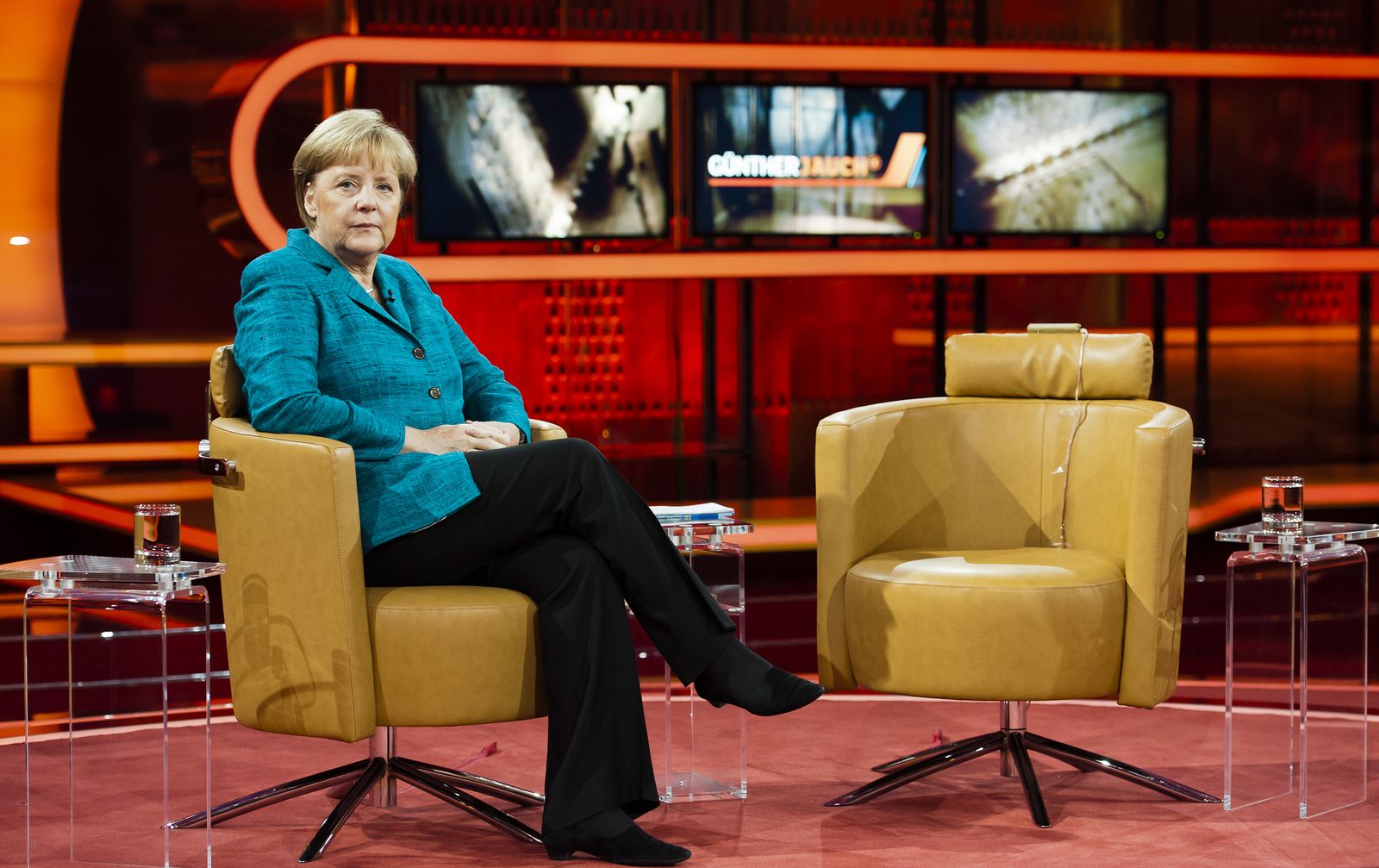