The capital shortage at Commerzbank is apparently much larger than previously believed. The major German lender needs around €6 billion ($7.7 billion), daily Die Welt reported on Wednesday. Until now, the European Banking Authority (EBA) regulatory body had estimated the shortfall at €5.3 billion.

But that isn't the only bad news for Commerzbank -- ratings agency Moody's has said it may downgrade the bank's creditworthiness because of its exposure to troubled real estate lender Eurohypo.

According to Die Welt, the need for the extra funds is due to the ongoing negotiations for a debt 'haircut' for Greece. Germany's second-largest bank held Greek bonds worth €1.4 billion at the end of the third quarter last year, even though it had written off 50 percent of them in 2011.

That writedown may no longer be enough, however, as an even higher debt cut has reportedly been proposed in the negotiations between Greece and private creditors.

Such a debt write-off is apparently close to becoming a reality for Commerzbank, which is already working hard to find a solution to its huge capital gap. Banks must report their capital needs identified in stress tests to the EBA this Friday, while Commerzbank must obtain the necessary money by the end of June this year, otherwise it faces compulsory nationalization. The German government already holds 25 percent plus one share of the company.

Employees To Exchange Bonuses for Shares

Commerzbank is understandably keen to avoid this eventuality -- and reportedly has a good chance of doing so. According to the article, the bank will be able provide the needed capital by itself. Some €250 million will be accounted for by employees with the bank, which intends to offer some workers outside of the investment sector the chance to swap their bonuses for shares.

Among other things, the bank may also consider selling its 15 percent stake in Russian lender Promsvyazbank. Such a move would increase Commerzbank's capital by €200-300 million.

But Moody's is much more pessimistic about the bank's outlook. The ratings agency believes Commerzbank may still need external help to support Eurohypo, which Moody's said was fragile thanks to possible further credit losses related to Greece, a reliance on its parent bank for funding and the impact of regulatory changes.

"Given its inadequate economic capital and lack of market access of unsecured long-term funds, Moody's believes that Eurohypo -- as a stand-alone bank -- could not weather a further weakening of the yet-unresolved euro area debt crisis," the agency said.

Moody's has downgraded the stand-alone bank financial strength ratings of Commerzbank from C to D+, and of Eurohypo from D- to E+, and has threatened to cut Commerzbank's senior debt and deposit rating which is currently at A2.

According to the Frankfurter Allgemeine Zeitung, Commerzbank is now planning to wind up most of Eurohypo and integrate the remainder. A sale of Germany's biggest state and real estate financier would be off the table. But it would not have access to new state aid for the large-scale winding up of Eurohypo, which has assets worth around €200 billion. The plan must also be approved by the European Commission. Commerzbank has undertaken negotiations to that effect, but progress has been slow. 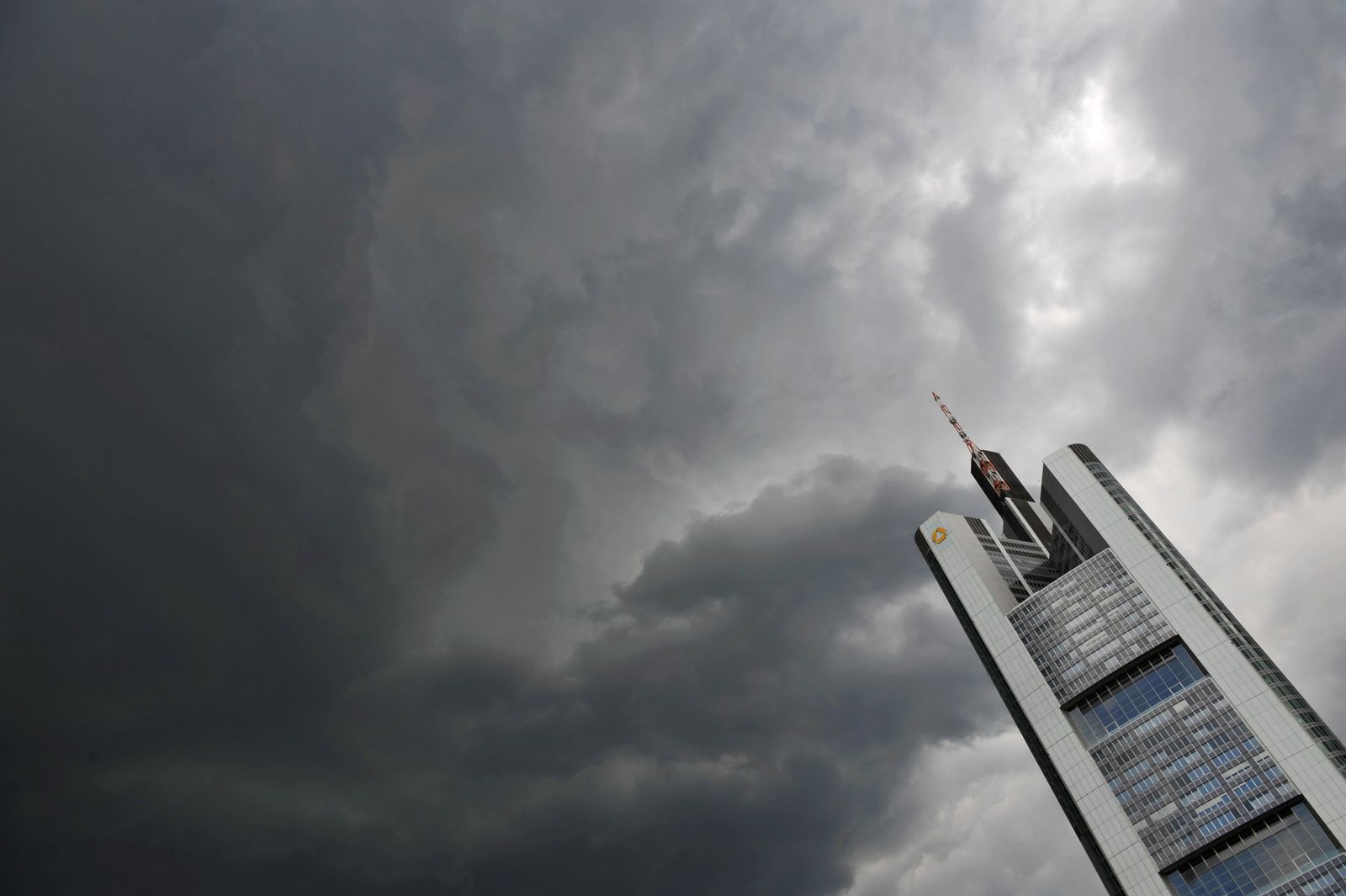 Commerzbank headquarters in Frankfurt. The bank faces a funding shortfall of around 6 billion.