With the German economy recovering rapidly from the recent crisis, employers have once again begun voicing concerns about finding enough qualified workers to fill their needs. Indeed, Klaus Zimmermann, head of the German Institute for Economic Research, recently forecasted that Germans may soon face a 45-hour work week if the situation doesn't improve.

Ulrich Blum, president of the Halle Institute for Economic Research, agreed. He said that the only way to address the problem would be to increase immigration to Germany.

That, it would seem, is exactly what Chancellor Angela Merkel's conservatives are now looking to do. Specifically, her Christian Democrats (CDU) and their Bavarian sister party, the Christian Social Union (CSU), are looking into ways to entice young people to move to Germany from debt-burdened European Union countries like Portugal and Spain. Both countries are experiencing high unemployment, with Spain's jobless rate currently over 20 percent.

With full freedom of movement rights set to kick in for those Eastern European countries that joined the European Union in 2004, workers from countries like the Czech Republic, Poland, Hungary and others could likewise help plug the gap.

"There are many unemployed young people in Southern and Eastern Europe who are desperately looking for jobs," Michael Fuchs, deputy floor leader for the CDU/CSU in the federal parliament, the Bundestag, told SPIEGEL.

"It is better to draw on labor resources from within Europe than to change immigration laws again for migrants from other parts of the world" added Max Straubinger of the CSU.

The new effort to attract highly qualified workers from Southern and Eastern Europe comes on the heels of a 10-point plan announced last week by Germany's Federal Employment Agency aimed at alleviating the skilled labor shortage. The plan is primarily focused on integrating more women into the German workforce, with estimates suggesting that such measures could fill up to 3 million jobs alone by 2025.

But Raimund Becker, a member of the board at the Federal Employment Agency, told the Frankfurter Allgemeine Zeitung last week that bringing in workers from abroad is a necessary component of any long-term solution. "The problem cannot be solved without immigration," he told the paper. He estimated that some 800,000 skilled workers could be attracted to work in Germany.

Limiting efforts to attracting workers from within Europe would appear to be a concession to the CSU. Late last year, CSU head Horst Seehofer demanded a halt to immigration to Germany from "foreign cultures."

"It's clear that immigrants from other cultures such as Turkey and Arabic countries have more difficulties," Seehofer told the German newsmagazine Focus last October. "From that I draw the conclusion that we don't need additional immigration from other cultures." 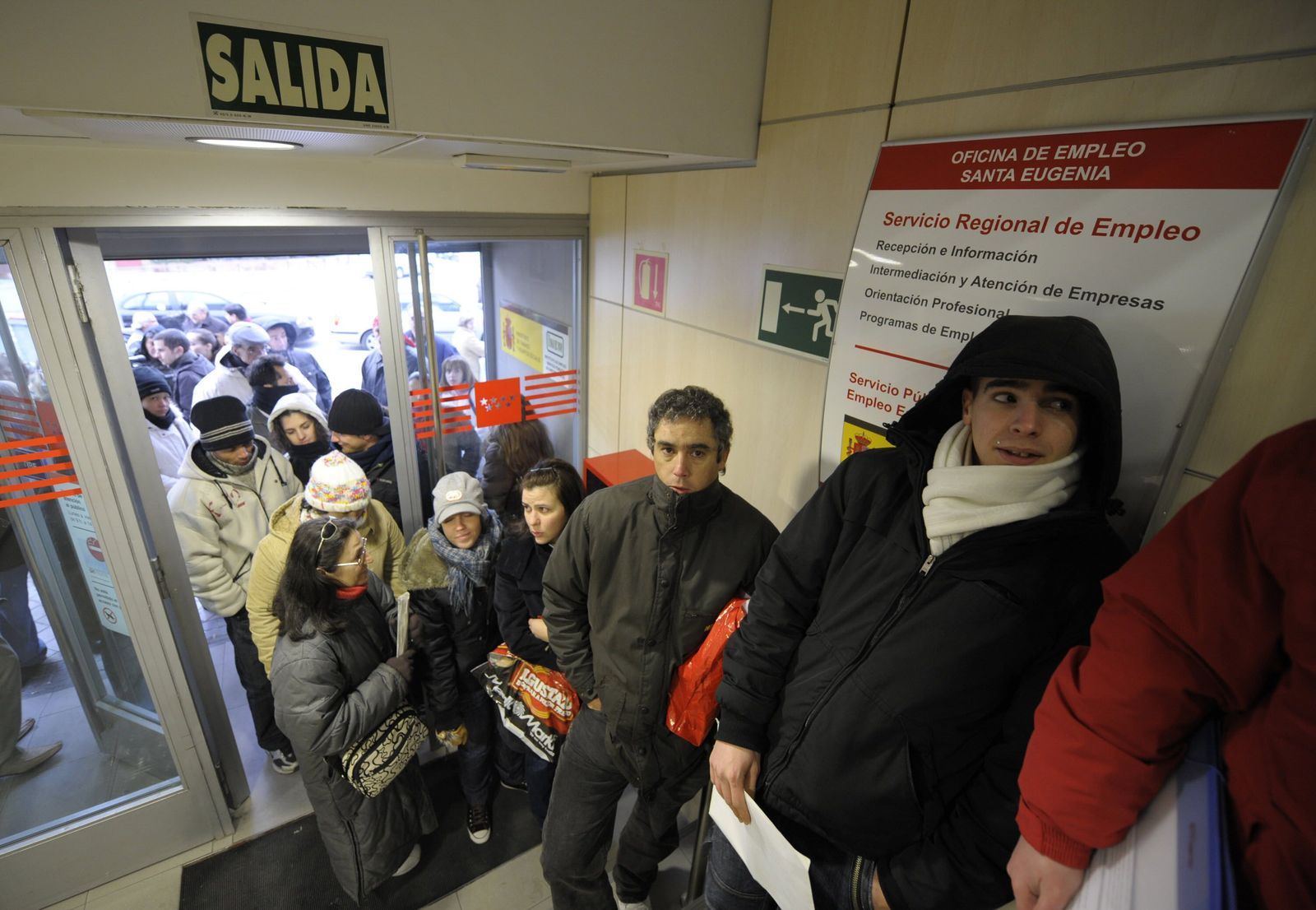 People lining up in front of a job center in Madrid. Germany may soon step up efforts to lure them to Germany.