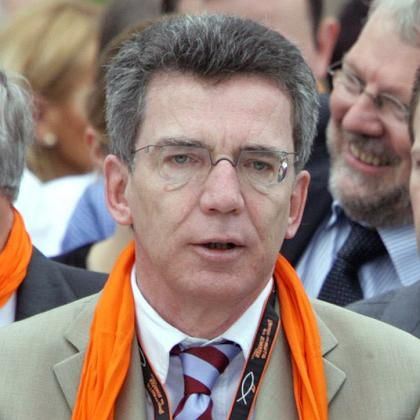 The scandal in the German state of Saxony has been simmering for weeks. But now, it threatens to march onto the national stage. German Chancellor Angela Merkel's chief of staff Thomas de Maiziere stands accused by opposition politicians of having failed to combat the improprieties while he was a top official in the Saxony state government.

De Maiziere, who was Saxony's interior minister before Merkel appointed him as head of her chancellery in November 2005, is being criticized for failing to inform regional lawmakers about a secret service investigation into a growing scandal that only became public through newspaper reports last month.

The affair involves bribery, illegal real estate deals and even child prostitution and unsolved killings and reaches into the upper echelons of regional politics, the police and the judicial system of the eastern state of Saxony. Media reports say secret service documents contain information about links between organized crime and judges, prosecutors, police and politicians.

De Maiziere has said he didn't have enough information on the case to warrant informing the state parliament's oversight committee while he was interior minister. However, official documents show the regional intelligence service found out about the scandal between April and July 2005, and the service said it passed the information on to de Maiziere's interior ministry. De Maiziere's successor Albrecht Buttolo also faces criticism for not ordering an investigation earlier.

The pressure on de Maziere, who coordinates Germany's various intelligence services in his role of Merkel's chief of staff, has been building steadily. The opposition in the Saxony parliament has formed an investigating committee to shed light on the scandal and opposition lawmakers in the Bundestag federal parliament have levelled accusations at him.

"De Maiziere should take a leave of absence from his position as secret service coordinator until the investigating committee in Saxony presents its report," the parliamentary manager of the opposition liberal Free Democrats in the Bundestag, Jan Mücke, told Berliner Zeitung newspaper.

The legal policy spokesman for the opposition Greens, Jerzy Montag, told Rheinische Post newspaper that the federal parliament should investigate the Saxony corruption scandal. Montag said there were "certain questions" regarding de Maiziere's actions given that he coordinates Germany's intelligence agencies. Given the scandal one has to ask how de Maiziere decides what a parliament needs to know and what it doesn't, said Montag.

De Maiziere himself says he is "quite relaxed" about the investigation. Asked in an interview on ARD television on Monday if he will keep his job, he said: "Of course."