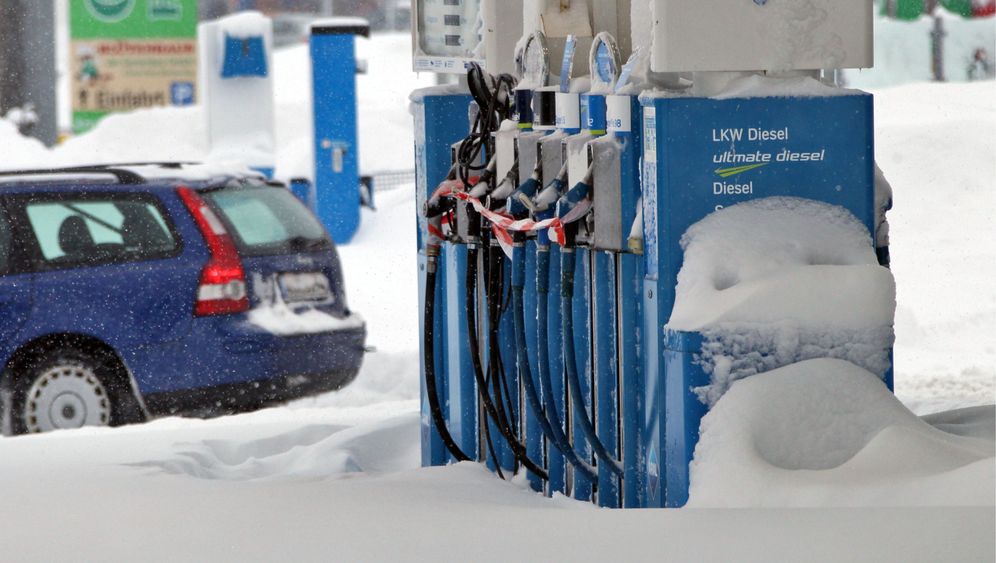 Some people, at least, didn't mind the chilly weather in Germany. Many school children had a day off on Friday as bus companies canceled services, claiming they are unable to guarantee children's safety on the treacherous roads.

School kids may be the only ones not complaining though, as traffic chaos makes road, rail and air travel nigh-on impossible. Those wanting to fly in or out of the country faced delays and frustration at airports. Frankfurt Airport, Germany's largest air hub, was forced to close completely on Thursday night while the runways were cleared of snow. Although the airport was open again on Friday morning, it had to cancel 246 flights on Thursday, according to Heinz Fass from Fraport airport authorities. Around 200 flights were reported canceled on Friday. In Berlin, Tegel Airport announced on Friday morning that one-third of all flights had been canceled.

The low-pressure system known as "Petra" was extremely busy overnight, dropping up to 30 centimeters (12 inches) of fresh snow in the state of Hesse and in Oderwald in Lower Saxony. Traffic on Germany's highways inched along or stopped completely. Dozens of trucks found themselves in trouble, some skidding sideways across lanes, while others were unable to get up icy hills. Even the gritting trucks and snow services ended up at a standstill with the rest of the vehicles.

In the Bergisches Land region of North Rhine-Westphalia, a line of 50 trucks sat along the A4 autobahn. Police in North Rhine-Westphalia banned any trucks over 7.5 tons from using the roads on Thursday after dozens became mired down in snow and ice. The truck ban had been lifted by Friday morning in most areas, but authorities said that treacherous ice near Münster would keep the vehicles off the road indefinitely.

Other motorists in North Rhine-Westphalia were stuck in 185 kilometers (115 miles) of backed-up traffic, relying on the German Red Cross to bring them cups of tea and blankets. Around Frankfurt, motorists who had given up any hope of moving and gone to sleep in their cars, had to be woken by police when traffic eventually started to move again.

Trains were not exempt from the widespread mayhem. Panic broke out on a regional express train from Hamburg to Lübeck carrying 400 passengers when the power supply cut out and passengers found themselves sitting in total darkness on a stretch of isolated track. This in turn affected 38 other train services, leaving crowds of people shivering in stations.

The treacherous weather has caused hundreds of accidents and even claimed lives. Three men were killed in Bavaria. Two were hit by a car while towing a friend's car, while a 60-year-old man in Passau died when his vehicle swerved off an icy street and hit a tree. Another motorist in Leipzig was killed when his car smashed into a truck which had jackknifed on the road.

Petra is throwing an icy spanner in the works for delivery services, too, during the last-minute rush to send Christmas cards and presents. Delivery drivers are caught in the endless traffic jams, and depots are full with a backlog of undelivered items.

There were also concerns on Friday about possible fuel shortages. The Association of the German Petroleum Industry reported that tankers have been unable to get to gas stations, and the first ones are beginning to run out of fuel to sell to customers. Stations in mountainous area are the worst affected.

Temperatures ranged from minus 12 degrees Celsius (10 degrees Fahrenheit) in the north to a balmy minus 1 Celsius (30 Fahrenheit) around Frankfurt on Friday. The snow, ice and sleet looked set to continue throughout the weekend. The German Weather Service said severe storm warnings remained in effect for the states of Saxony and Baden-Württemberg. Whether or not "Petra" will deliver a white Christmas remains to be seen, however. 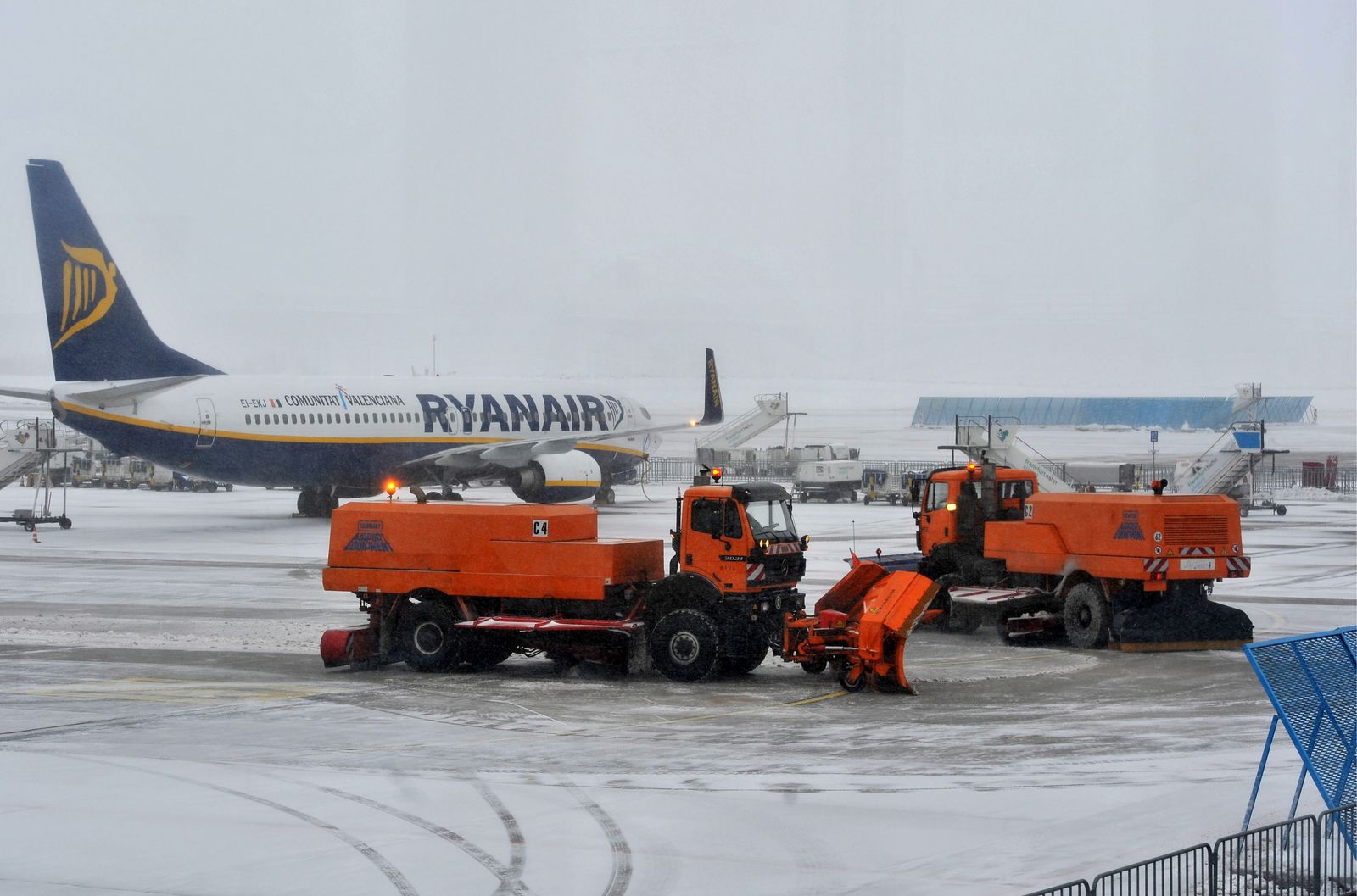 Frankfurt-Hahn airport on Thursday: Hundreds of flights were cancelled and journeys disrupted across Germany because of dangerous conditions.