Leaders of Germany's center-left Social Democratic Party (SPD) and center-right Christian Democratic Union (CDU) are all but certain to agree on forming a "grand coalition" government before year's end. Yet frustration over a number of outstanding issues between the two parties has led the SPD to openly flirt with an idea that was long categorically rejected: a three-way coalition with the Greens and the far-left Left Party.

The SPD began a party conference in Leipzig on Thursday, and delegates are set to vote on a document outlining the party's future platforms. SPD General Secretary Andrea Nahles said the document states the party will "no longer rule out any coalition, except (one) with right-wing extremist parties."

The document, and accompanying statements from other SPD leaders, have generated significant buzz among German politicos, not least among Left Party leaders themselves. Sahra Wagenknecht, the deputy head of the Left Party's parliamentary group, called on the SPD to "immediately break off" official coalition talks with the CDU and shift its focus to the Greens and Left Party.

The three-way coalition, commonly called "red-red-green" for the parties' official colors, is already mathematically possible. Elections in September gave them a slim collective majority in Germany's parliament, the Bundestag. But Wagenknecht's calls were clearly premature. The language in the SPD document is as much a gesture of openness toward the Left Party as a challenge to its leaders to moderate their positions and embrace a more pragmatic approach to governance.

The Social Democrats' new stance toward the Left Party comes as leaders have expressed frustration with the ongoing coalition talks with Chancellor Angela Merkel's CDU. Nahles said Wednesday in an interview with the Frankfurter Rundschau newspaper that she expected "tough debates" between the parties in the coming weeks, and that the new position toward the Left Party was simply a willingness to talk in the future.

The move has even found surprising acceptance among more conservative quarters of the SPD. Johannes Kahrs, spokesman for the party's internal centrist group the Seeheimer Circle, called it a "sensible step."

"We're saying to the Left Party: Become capable of forming a coalition, then you're in the game," he told SPIEGEL ONLINE.

Anton Hofreiter, parliamentary chair of the Green Party, also welcomed the SPD's shift and said it was now up to the Left Party to prove its members are ready to give up unreasonable demands.

"They have to show in the next for years that their supposed readiness to govern is also reflected in a willingness to compromise on the difficult questions of financial, European and foreign policy," he told daily newspaper Die Welt.

The Left Party was created in 2007 out of a merger of the Party of Democratic Socialism (PDS), the successor to the former East German Communist Party, and WASG, a group of trade unionists and disgruntled former SPD members based in western Germany. The association with East Germany and all the terrors of its dictatorship have kept the Left Party shut out from coalition governments at the federal level.

Yet the party has become decidedly more mainstream in recent years. While it lost a dozen seats in parliament after the most recent elections, the Left -- and its PDS predecessor -- still outperformed the far more mainstream Green Party in 2005, 2009 and 2013. It also served as junior coalition partner with the SPD in the city-state government of Berlin until 2011, and currently governs alongside the SPD in Brandenburg.

Some in the Left Party have been content to remain a protest party with little decision-making power in national politics. But more moderate factions in the party recognize their potential as kingmakers, and representatives have been quietly meeting with members of the SPD and Greens to prepare for a red-red-green coalition.

All three parties largely agree in principle on domestic issues like a national mandatory minimum wage, marriage rights for same-sex couples and asylum policy reform. However, foreign policy remains a mine field. The Left is far more blunt in its criticism of Israel, and it adamently opposes all foreign deployments of the German military, mostly notably in Afghanistan. But with the last German troops scheduled to leave the country next year, the sticking point may be moot by the next federal elections in 2017. 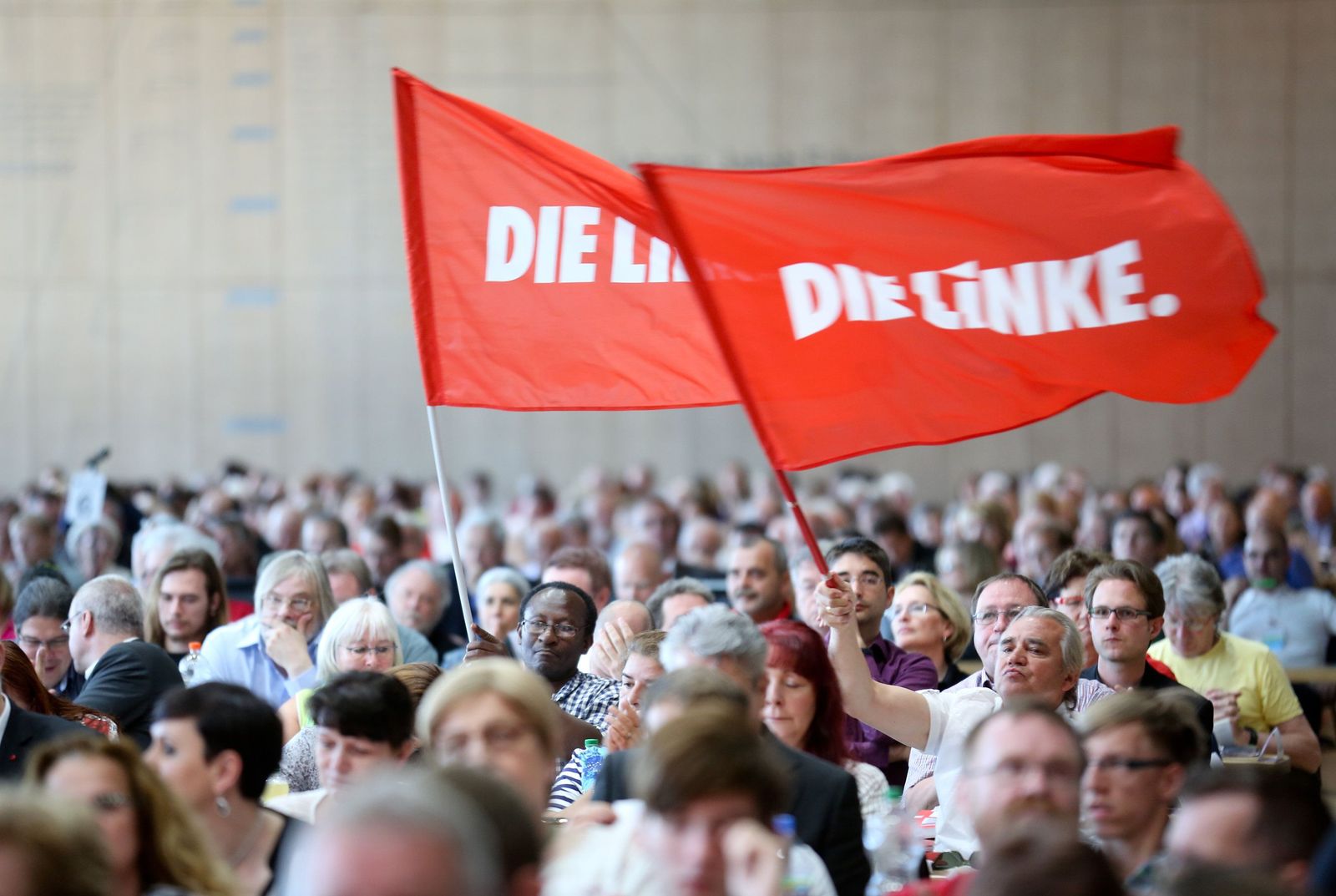 The Left Party has become increasinly mainstream over the past several years. Will it be part of government after the 2017 election?