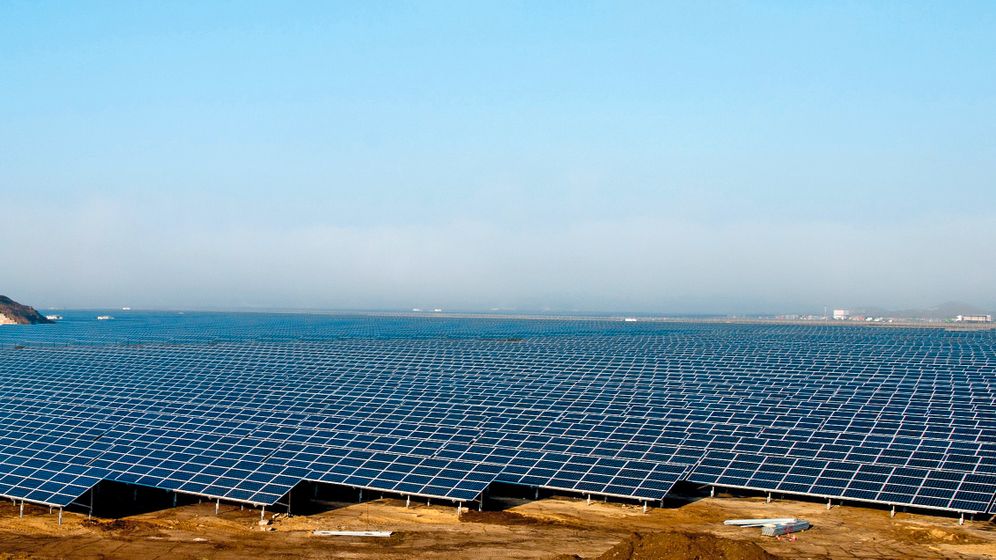 The Baedeker travel guide is now available in an environmentally-friendly version. The 200-page book, entitled "Germany - Discover Renewable Energy," lists the sights of the solar age: the solar café in Kirchzarten, the solar golf course in Bad Saulgau, the light tower in Solingen and the "Alster Sun" in Hamburg, possibly the largest solar boat in the world.

The only thing that's missing at the moment is sunshine. For weeks now, the 1.1 million solar power systems in Germany have generated almost no electricity. The days are short, the weather is bad and the sky is overcast.

As is so often the case in winter, all solar panels more or less stopped generating electricity at the same time. To avert power shortages, Germany currently has to import large amounts of electricity generated at nuclear power plants in France and the Czech Republic. To offset the temporary loss of solar power, grid operator Tennet resorted to an emergency backup plan, powering up an old oil-fired plant in the Austrian city of Graz.

Solar energy has gone from being the great white hope, to an impediment, to a reliable energy supply. Solar farm operators and homeowners with solar panels on their roofs collected more than €8 billion ($10.2 billion) in subsidies in 2011, but the electricity they generated made up only about 3 percent of the total power supply, and that at unpredictable times.

The distribution networks are not designed to allow tens of thousands of solar panel owners to switch at will between drawing electricity from the grid and feeding power into it. Because there are almost no storage options, the excess energy has to be destroyed at substantial cost. German consumers already complain about having to pay the second-highest electricity prices in Europe.

In the coming weeks, the German government intends to decide how it will treat solar energy in the future. The parliamentary leaders of the ruling center-right Christian Democratic Union (CDU) and the business-friendly Free Democratic Party (FDP) have written Environment Minister Norbert Röttgen a letter asking him to present a new subsidy concept by Jan. 25. Economy Minister Philipp Rösler (FDP) would prefer to abandon the current subsidization system altogether, as would the business wing of the CDU.

The FDP leader, who long ignored the subject of the energy transition, hopes to boost his profile by opposing solar subsidies. Rösler sees an opportunity to demonstrate that he, unlike his fellow cabinet minister Röttgen, has an understanding of economics, especially as he knows that many in the CDU, and its Bavarian sister party, the Christian Social Union (CSU), agree with him.

CDU deputy parliamentary floor leader Michael Fuchs has sharply attacked his fellow party member Röttgen. He holds the minister personally responsible for the rising cost of electricity. But Röttgen is fighting back. This week, he will meet with representatives of the solar industry, which faces tough economic times as a result of competition from China. Röttgen fears that fewer subsidies could put more German solar panel producers out of business.

The dispute over solar energy has the potential to widen divisions within an already shaky coalition. For many liberals and CDU/CSU politicians, the problems with solar subsidies are a symbol of mismanagement in the energy transition. Chancellor Angela Merkel's plan to finally set aside a conflict over nuclear energy that has been raging for years and develop new contingents of voters for conservative politicians is proving to be an economic failure.

Until now, Merkel had consistently touted the environmental sector's "opportunities for exports, development, technology and jobs." But now even members of her own staff are calling it a massive money pit.

New numbers issued by the pro-industry Rhine-Westphalia Institute for Economic Research (RWI) will only add fuel to the fire. The experts calculated the additional costs to consumers after more solar systems were connected to the grid than in any other previous month in December. Under Germany's Renewable Energy Law, each new system qualifies for 20 years of subsidies. A mountain of future payment obligations is beginning to take shape in front of consumers' eyes.

According to the RWI, the solar energy systems connected to the grid in 2011 alone will cost electricity customers about €18 billion in subsidy costs over the next 20 years. "The demand for subsidies is growing and growing," says RWI expert Manuel Frondel. If all commitments to pay subsidies so far are added together, Frondel adds, "we have already exceeded the €100 billion level."

The RWI also expects the green energy surcharge on electricity bills to go up again soon. It is currently 3.59 cents per kilowatt hour of electricity, a number the German government had actually pledged to cap at 3.5 cents. But because of the most recent developments, RWI expert Frondel predicts that the surcharge will soon increase to 4.7 cents per kilowatt hour. For the average family, this would amount to an additional charge of about €200 a year, in addition to the actual cost of electricity. Solar energy has the potential to become the most expensive mistake in German environmental policy. Berlin energy economist Georg Erdmann, a member of the monitoring group on the energy transition appointed by Chancellor Merkel, views the expansion of solar energy as a threat to the planned nuclear phase-out.

Another critical voice, the German Advisory Council on the Environment, argues that far too much money is being invested in solar energy. "Solar energy has recently experienced nothing less than an extreme and even excessive boom," says environmental expert Olav Hohmeyer, noting that this jeopardizes acceptance of renewable energy even before the energy transition has truly begun.

Solar lobbyists like to dazzle the public with impressive figures on the capability of solar energy. For example, they say that all installed systems together could generate a nominal output of more than 20 gigawatts, or twice as much energy as is currently being produced by the remaining German nuclear power plants.

But this is pure theory. The solar energy systems can only operate at this peak capacity when optimally exposed to the sun's rays (1,000 watts per square meter), at an optimum angle (48.2 degrees) and at the ideal solar module temperature (25 degrees Celsius, or 77 degrees Fahrenheit) -- in other words, under conditions that hardly ever exist outside a laboratory.

A Costly and Unnecessary Dual Structure

In fact, all German solar energy systems combined produce less electricity than two nuclear power plants. And even that number is sugarcoated, because solar energy in a relatively cloudy country like Germany has to be backed up with reserve power plants. This leads to a costly, and basically unnecessary, dual structure. Figures indicating the peak performance of solar energy systems are easily misunderstood, a report by the German Physical Society says. "Essentially," the report concludes, "solar energy cannot replace any additional power plants."

In Germany, solar is by far the most inefficient technology among renewable energy sources, and yet it receives the most subsidies. Some 56 percent of all green energy subsidies go to solar systems, which produce only 21 percent of subsidized energy.

The relationships are just the reverse for wind energy. For the same cost, wind supplies at least five times as much electricity as solar, while hydroelectric power plants generate six times as much. Even biomass plants are still three times as efficient as solar. Because of the poor electricity yield, solar energy production also saves little in the way of harmful carbon dioxide emissions, especially compared to other possible subsidization programs. To avoid a ton of CO2 emissions, one can spend €5 on insulating the roof of an old building, invest €20 in a new gas-fired power plant or sink about €500 into a new solar energy system.

The benefit to the climate is the same in all three cases. "From the standpoint of the climate, every solar system is a bad investment," says Joachim Weimann, an environmental economist in the eastern German city of Magdeburg. Hans-Werner Sinn of the Munich-based Ifo Institute for Economic Research calls solar energy a "waste of money at the expense of climate protection."

For a time, it seemed that at least the German solar industry was benefiting from the generous subsidy rates. But the green economic miracle has, in the case of the solar industry, turned out to be a subsidy bubble.

In 2004, Germany held a 69 percent share of the global solar panel business. By 2011, it had declined to 20 percent. Former industry giant Solarworld, based in the western city of Bonn, is having problems. Solon and Solar Millennium, once considered model companies, have gone out of business. Schott Solar shut down a plant that was producing solar cells in Alzenau near Frankfurt, shedding 276 jobs and losing €16 million in government subsidies in the process.

Chinese competitors offer systems of equivalent quality at significantly lower prices. It appears that the subsidies have made the German manufacturers lethargic. They invest only 2 to 3 percent of revenues in research and development, compared with an average of 6 percent in the auto industry and about 30 percent in biomedicine.

Economics Minister Rösler wants to cap subsidies for solar energy systems. Under his proposal, further expansion would be limited to 1,000 megawatts this year, or 6,500 megawatts less than last year. A proposal by the Monopolies Commission, which is supported by the German Council of Economic Experts, goes even further.

The economists want to eliminate the subsidization of solar energy under the Renewable Energy Law. They argue that energy providers should be required to satisfy a green electricity quota, but without specifying in detail what they should do to fulfill the quota. This would stimulate competition to come up with the best technology.

According to the experts, the advantage over the current system is obvious: Money would no longer be invested in places where the highest subsidies are paid, but where the most green electricity can be generated. 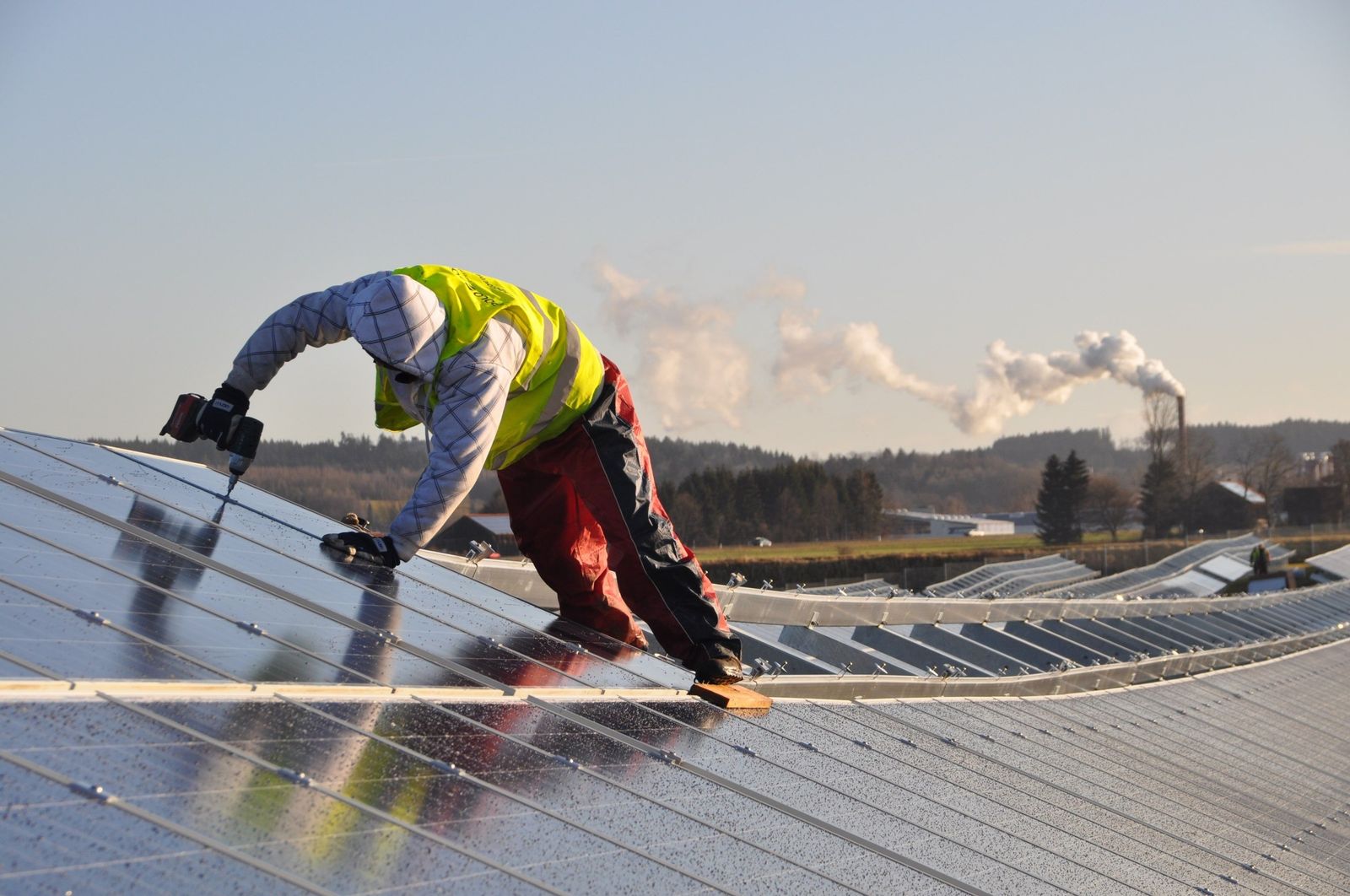 The dispute over solar energy has the potential to widen divisions within an already shaky coalition. For many politicians the problems with solar subsidies are a symbol of mismanagement in the energy transition. Chancellor Angela Merkel's plan to finally set aside a conflict over nuclear energy that has been raging for years and develop new contingents of voters for conservative politicians is proving to be an economic failure.