Massive web surveillance by the US? German voters seem to have lost interest. The euro crisis? Boring. Comprehensive minimum wage? Zzzzzz. It has been a somnolent election season thus far. At least until this week. Suddenly, the German electorate is up in arms, furious with a proposal made by the Green Party which, many fear, could violate one of their most cherished rights: that of eating sausage whenever they want.

Specifically, the Greens have proposed the introduction of one vegetarian day each week in workplace cafeterias across the country. "A veggie day would be a great opportunity to see how we can nourish ourselves without meat and sausage," senior Green politician Renate Künast told the tabloid Bild on Monday.

From the reaction, one would almost think she was proposing the introduction of speed limits on the Autobahn, a beer ban and the elimination of Oktoberfest all at once. Even senior German politicians have jumped into the fray, with Agricultural Minister Ilse Aigner saying through a spokesman that "we don't place much stock in paternalism. At the end of the day, we need a balanced diet and meat is part of that."

Rainer Brüderle, a leader of the Free Democrats (FDP), Chancellor Angela Merkel's junior coalition partners, said: "People are smart enough to decide on their own when they eat meat and vegetables and when they don't. Constantly telling people what they do is not my understanding of freedom and liberty."

The Greens, of course, have been quick to point out that their proposal is merely voluntary and that they are simply trying to encourage Germans to eat less meat. "One doesn't need two burgers every day," said top Green member Katrin Göring-Eckardt, noting that Germans eat a per-capita average of 60 kilograms of meat each year (against a global average of 42 kg per-capita annually). Künast responded by posting a vegetarian recipe to Twitter.

Green party co-chair Cem Özdemir said "the Greens don't want to forbid anyone from eating meat. But we want there to be alternatives."

Still, with so little blood in the campaign waters this summer, the Greens' ideological opponents were in no mood for nuance. Indeed, the FDP even set up a bit of a feeding frenzy in front of Green Party headquarters in Berlin, with several members of the party's youth wing throwing an impromptu street barbeque.

They even had time to put together a few spontaneous signs. The most popular slogan? "Hands off my sausage." 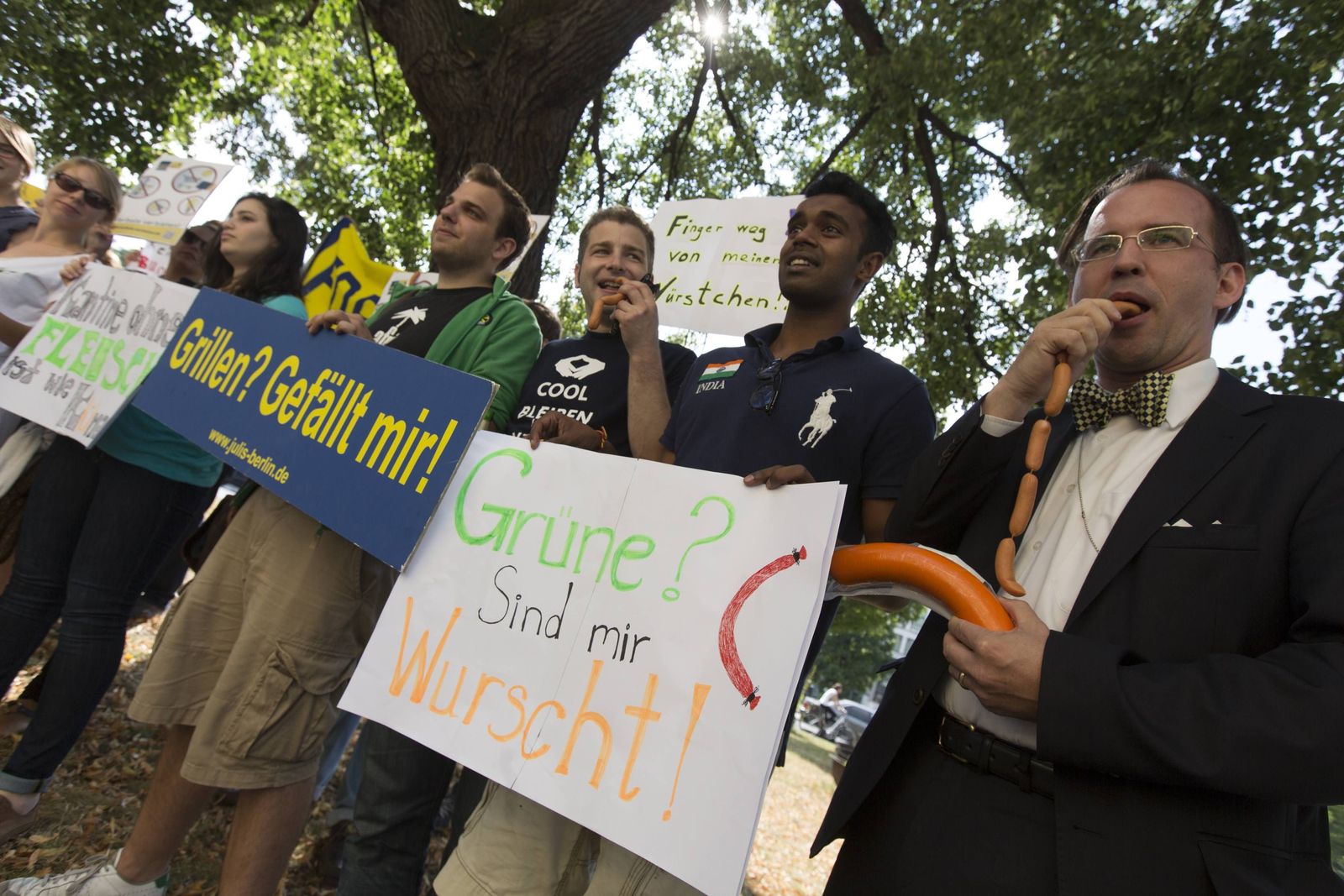 The FDP is worried about a meat ban.