One almost begins to feel sorry for Peer Steinbrück, the Social Democratic candidate for the Chancellery in elections this fall. He has developed a reputation for bumbling and jamming his foot deep into his mouth. And now, attention is being paid to his every move. To wit: Steinbrück now finds himself embroiled in a controversy over which football team he roots for.

"Who cares?" one might ask. But the two teams in question are BVB Borussia Dortmund and Schalke 04, located just 20 kilometers away from each other in the Rhineland. And fans of the two teams hate each other. Regardless of who the team happens to be playing, a common Schalke chant is "Scheisse, Scheisse, Scheisse BVB!" Burning each others' insignias is a favorite fan pastime on both sides.

On Wednesday night, Steinbrück was the sole guest on a primetime talk show broadcast by public television station ARD. During the show, a short video was shown of a reporter presenting fans from the two teams images of Steinbrück, one in which he is wearing a Borussia Dortmund scarf, the other where he is clad in a Schalke scarf.

"That is out of line," one of the fans said. "He has to take clear positions, otherwise he has no chance. He ruins everything with the voters by doing such things."

Steinbrück, it should be mentioned, is on the Borussia Dortmund supervisory board. And he was not amused. "One can really be really manipulative with such images," he said while glowering at show host Anne Will.

Still, his explanation sounded convincing, although it was apparently innacurate. He claimed the image in which he is wearing the Schalke scarf was probably 10 years old, and had been taken when he was governor of the state of North Rhine-Westphalia, which is home to both teams. He further averred that it was likely an international match, implying that he was just supporting the German team.

German tabloid Bild, however, reported on Friday that the explanation was wrong. The image was taken in the spring of 2008 when Steinbrück was Chancellor Angela Merkel's finance minister. And it was a standard league game, pitting Schalke against FC Bayern.

It is tempting to assume that the incident will quickly fade. But Steinbrück this week is also facing more important doubts about the sincerity of his recent lurch to the left. Should he be tagged as a flip-flopper, the football fracas could become exhibit number one. In Germany -- and certainly not in the Rhineland -- you simply can't be a fan of two different teams. 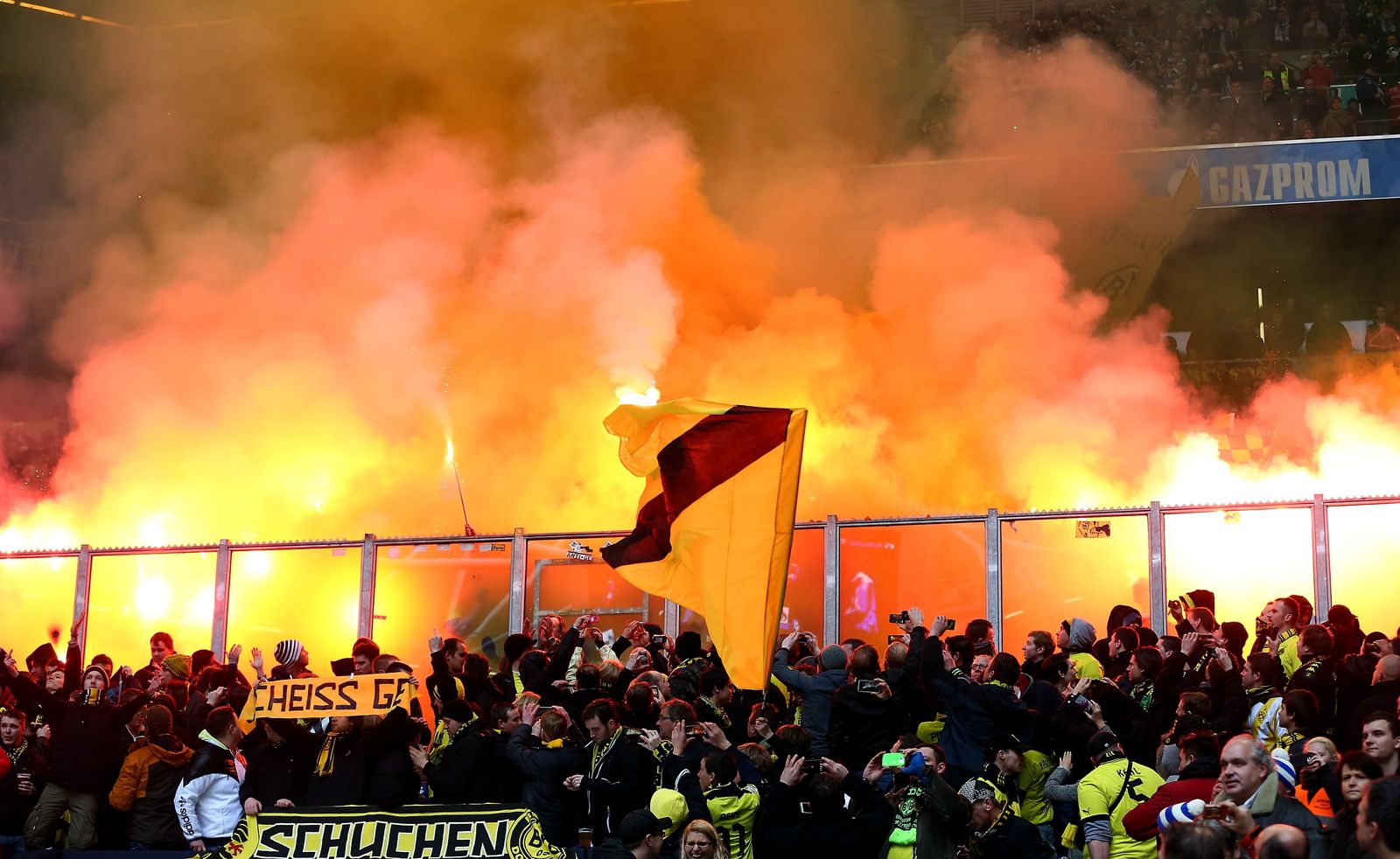 This image taken during a match last week is what often happens when BVB Borussia Dortmund plays Schalke 04. 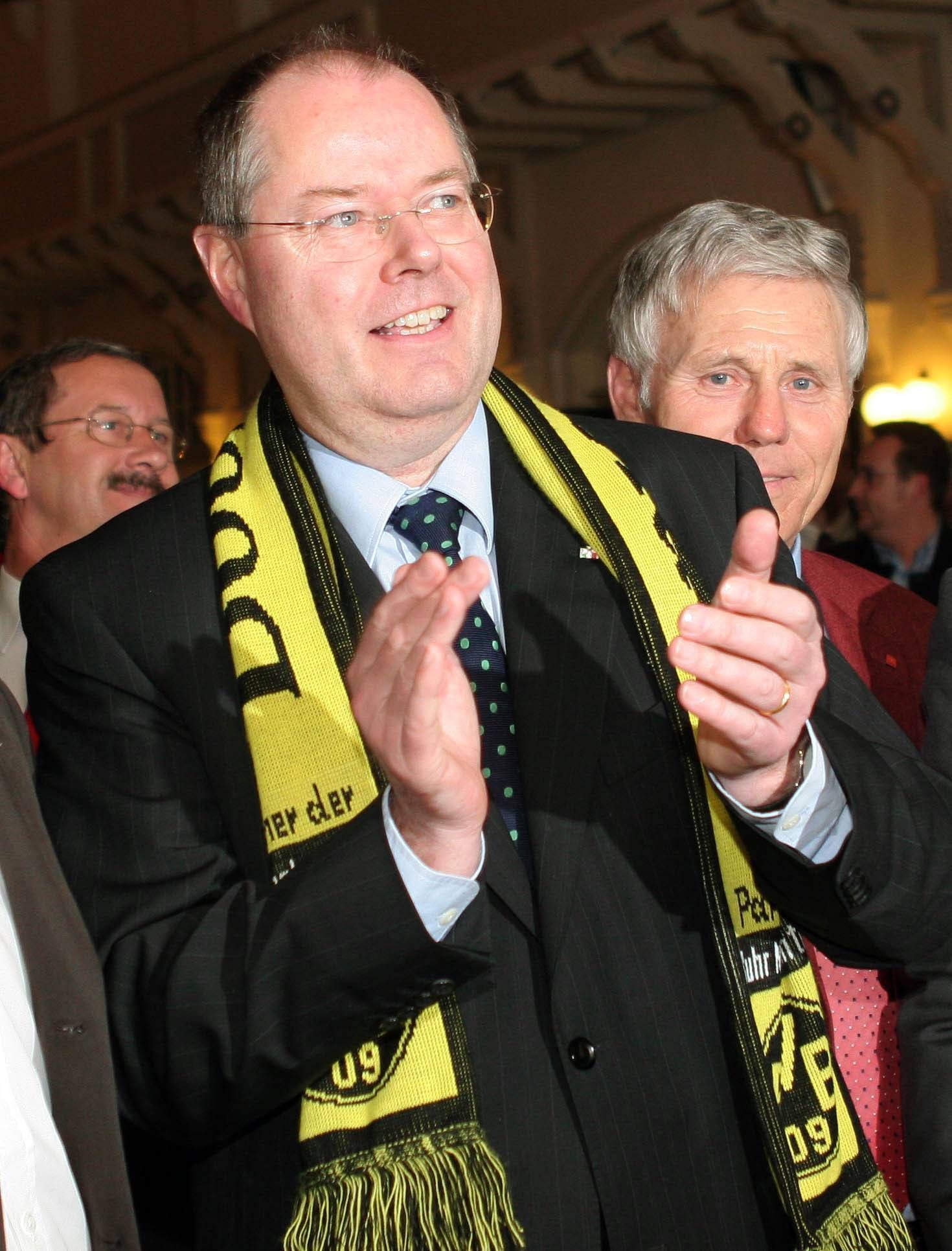