When it comes to the integration of Germany's Muslim minority, the center-left Social Democrats tend to be much less hard-line than Chancellor Angela Merkel's conservatives. But on Wednesday evening, SPD chancellor candidate Peer Steinbrück may have gone a step too far when he waded into what in the past has been a hornet's nest of controversy in Germany. He expressed support for physical education classes in German schools to be divided by gender.

"If schools are able to do it, then they should," Steinbrück said in response to a question from the audience during a campaign appearance in Berlin. A Reuters reporter noted that the comment was greeted with silence. Steinbrück then added that the step should be taken "out of consideration for religious convictions."

Not surprisingly, critique from Merkel's Christian Democrats was immediate. Barbara John, formerly in charge of integration issues for the city-state of Berlin, told the newspaper Bild that the debate was antiquated and that "children and parents have to get used to the fact that genders here grow up together and live with the same rights."

She was seconded by Serkan Tören, a member of the federal parliament with the Free Democrats, Merkel's junior coalition partner. Tören, himself from Turkey, told the tabloid that "dividing boys and girls is akin to dividing society. Splitting classes by gender is also the wrong signal to send when it comes to integrating Muslims in Germany."

But even the Greens, ostensibly the SPD's allies in the campaign, have distanced themselves. Memet Kilic, a member of parliament and the Green's expert on integration issues, said on Friday that current rules governing physical education classes should not be changed, emphasizing that gender equality is a universal human right.

The comment could come back to haunt Steinbrück, particularly given that integration, once again, will likely play a role in this year's general election campaign. Already, there has been a brief flare-up over the controversial topic of dual-citizenship for immigrants along with a short debate over whether Muslim holidays should be introduced in Germany.

Furthermore, tensions with Turkish immigrants and Turkish-Germans have risen recently as a result of foreign media outlets being shut out of the upcoming trial against a member of the neo-Nazi terror trio that murdered eight people of Turkish descent over the past decade.

More than that, however, there are certain integration issues that have long been no-go areas for politicians in Germany. Gender division for swimming classes or physical education is one of them. The issue was the subject of a particularly controversial debate in the middle of last decade, with conservative politicians demanding that no concessions be made to religious sensitivities and leftist lawmakers concerned that such divisions could help cement conservative views of gender held by some immigrant communities.

Furthermore, the debate heightened fears among many in Germany that the country was becoming too tolerant of demands being made by Muslim immigrants.

That such concerns were real was highlighted by the book published in 2010 by former German central bank board member Thilo Sarrazin. The tome was bitingly critical of the country's Turkish minority, but was welcomed by many as having cleared the way for an "honest debate" about integration. A survey shortly after the book's publication found that over half of the population agreed with Islamophobic sentiments -- up from the 34 percent found in previous polls. Furthermore, 44 percent said that they felt freer to criticize Islam as a result of Sarrazin's book.

All of which seems to indicate that Steinbrück might be well advised to hold his cards close to his chest when it comes to hot-button issues such as dividing boys and girls for physical education classes. But the SPD candidate has shown that rhetorical reserve is not one of his strong suits. Indeed, the title chosen for his campaign appearances would seem to promise more controversy to come. They are called "Klartext," the German equivalent of "straight talk." 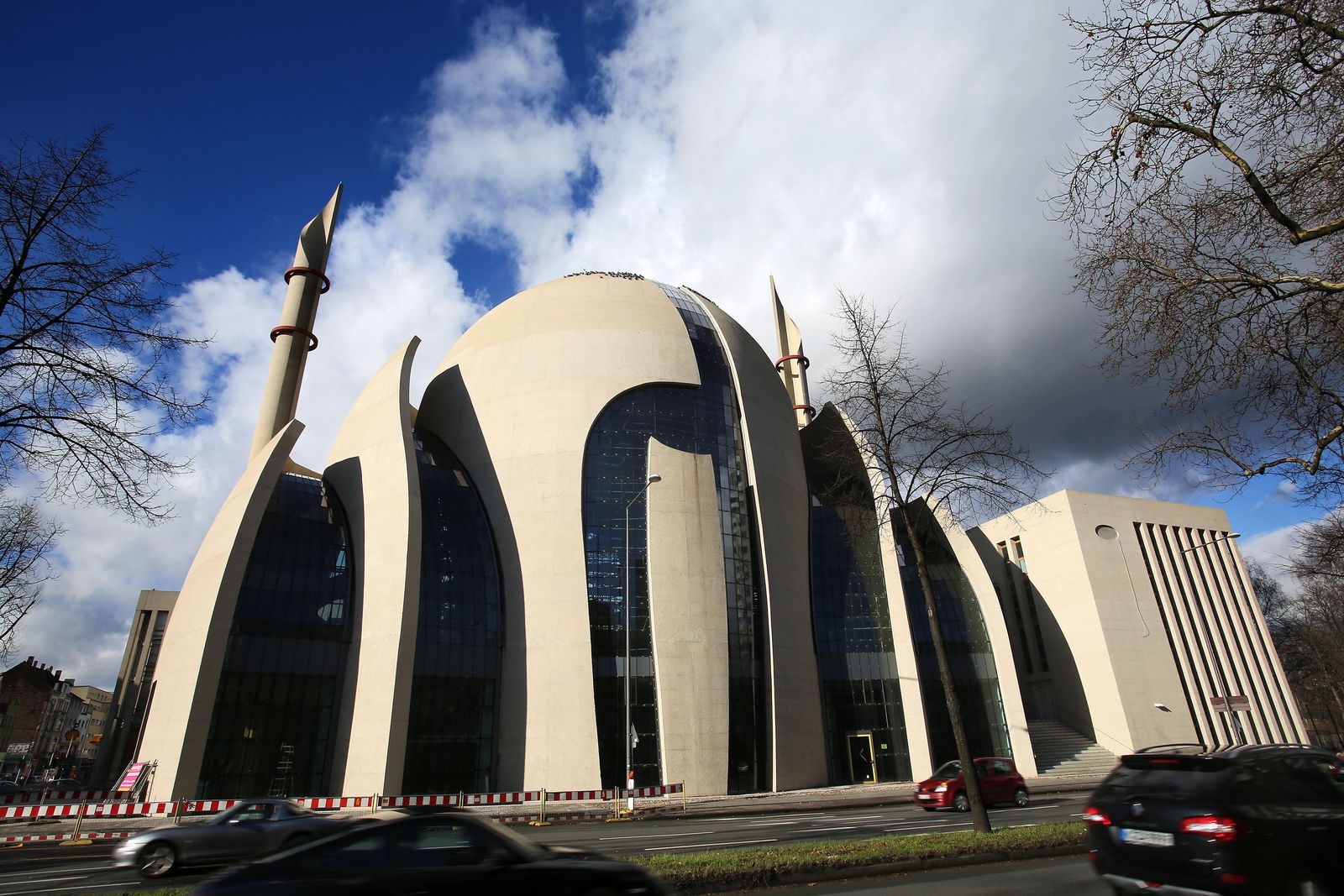 There may be plenty of mosques in Germany, but issues relating to Islam remain controversial in the country.