But the SPD listed 10 points it called "non-negotiable," including a minimum wage of €8.50 ($11.60) per hour, equal pay for men and women, greater investment in infrastructure and education, and a common strategy to boost growth in the euro zone.

Of the 229 SPD members who voted on Sunday, 196 backed the talks, 31 voted "no" and 2 abstained -- surprisingly strong support given how reluctant many in the party had sounded in the days following the Sept. 22 election about the prospect of another right-left grand coalition between the two main parties.

The last such alliance, during Merkel's first term between 2005 and 2009, ended badly for the SPD, which plunged to its worst national election result since World War II in 2009 because Merkel got all the credit for the work of that government.

"We aim to form a government by Christmas. That should be enough time," SPD Chairman Sigmar Gabriel told reporters. He said there would be disagreements but implied that they were likely to produce a deal. "If you start negotiations, you do so with the aim of bringing them to a successful conclusion," he added.

In addition to government policy, the parties need to thrash out the allocation of cabinet posts. Media reports said the SPD wants the finance ministry, currently occupied by Wolfgang Schäuble of Merkel's conservative Christian Democratic Union (CDU). It would be a major prize that would give the SPD a de facto veto over Merkel in key areas including Europe.

The SPD appears to have dropped its demand for a tax increase for the rich, though.

A grand coalition would enjoy an overwhelming majority in the Bundestag, the lower house of parliament, and find it easier to push legislation through the Bundesrat, the upper house where the governments of Germany's 16 federal states are represented.

The new government is unlikely to take any steps to boost the rights of gay couples. In preliminary talks last week, Merkel and her Bavarian ally Horst Seehofer, leader of the Christian Social Union (CSU) party, ruled out measures such as introducing adoption rights for same-sex couples, and Gabriel accepted that demand.

But supporters of gay adoption expect the Federal Constitutional Court to make a ruling in their favor at some point, anyhow. The court has already recently forced Merkel's government to back down in its opposition to equal tax treatment for same-sex partnerships.

Even when a coalition agreement has been finalized -- which some say could take until December -- grassroots members of the SPD will have a final say on it. The SPD will seek approval of the pact in a ballot of its 472,000 members. 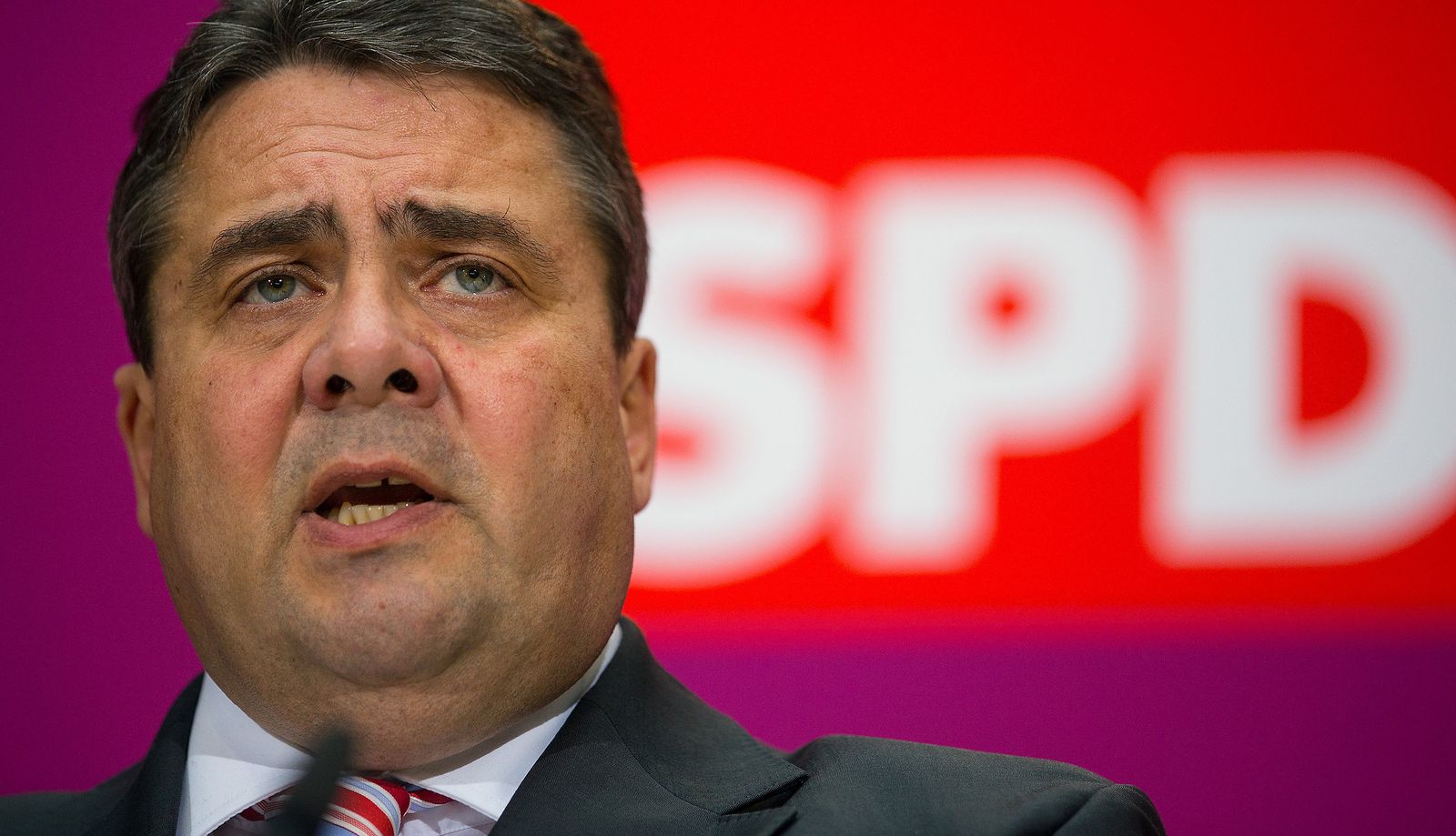 SPD Chairman Sigmar Gabriel got the green light on Sunday for coalition talks with Merkel's conservatives.