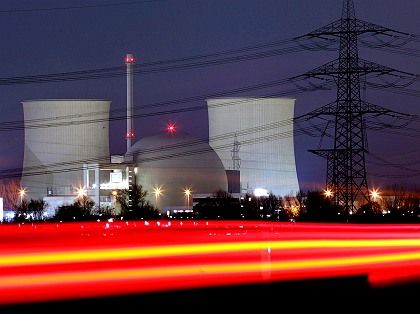 A nuclear power plant in Biblis, Germany: "The proliferation of weapons-grade material is my main argument against nuclear energy."

SPIEGEL: Mr. Töpfer, shortly before you took office as Germany's environment minister, you said: "We must invent a future without nuclear energy." Now, 21 years later, nuclear power is on the verge of making a comeback in Germany. Are you disappointed?

Töpfer: The only reason this debate has come to the fore is that a dramatic rise in the global thirst for energy, especially in countries like China and India, has led to exploding prices in the West. The emerging nations want to participate in economic growth. As a result, people in industrialized nations like Germany are now afraid that they will no longer be able to drive their cars, pay for electricity and heat their homes. I stand by my words: We must invent a future without nuclear energy, and we are finally well on our way to reaching that goal.

Töpfer: Nuclear energy is not inherently cheap. For instance, it is incredibly expensive to build a nuclear power plant. The plant only becomes a cash cow once it has been paid off. Whether electricity from nuclear sources is inexpensive depends on whether the operator passes these later savings on to the consumer or simply increases his profits, which is the more likely scenario.

SPIEGEL: Jürgen Großmann, the CEO of (German electric utility) RWE, is considering offering customers a lower rate for electricity from nuclear power plants. Is it a serious offer?

Töpfer: If we can use profits from depreciated nuclear power plants differently than in the past, this is an argument that should be taken very seriously -- for a certain extension of the operating lives of nuclear power plants that are clearly being operated safely. The point is to reduce the burden on the public imposed by the need to adjust to rising energy costs while at the same time accelerating the phase-out of nuclear energy. We need to face the fact that energy will never be as cheap as it once was.

SPIEGEL: Your party, the CDU, holds the opposite view. General Secretary Ronald Pofalla is convinced that nuclear power, which he calls "eco-energy," has a glowing future.

Töpfer: I don't believe that it does. Even if there were several thousand nuclear power plants worldwide, they would hardly satisfy more than 10 percent of the world's demand for energy. The bulk of energy has to be produced differently. When it comes to industrial policy, the rational course of action is to develop the necessary technologies.

SPIEGEL: But no one disputes that electricity from nuclear sources produces far less climate-damaging CO2 than natural gas or coal. Why are you of all people, the UN's former top-ranking steward of the environment, pushing for a nuclear-free future?

Töpfer: I am very much convinced that climate protection goals can still be reached if we phase out nuclear energy. You know, many conveniently overestimate the importance of nuclear energy in protecting the climate. Conversely, the risk that nuclear material could end up in the wrong hands is often underestimated. That's my main argument against nuclear energy: the proliferation of weapons-grade nuclear material.

SPIEGEL: No matter how many countries build new nuclear power plants, the Nuclear Non-Proliferation Treaty is intended to protect against the threat of nuclear weapons.

Töpfer: That's right. But remember -- we are entering a globalized world in which the government monopoly on power is becoming weaker and weaker. Safety is becoming dependent on other factors.

Graphic: Nuclear incidents in Europe in 2008

Töpfer: That it's high time that we hurry up and develop alternatives to nuclear energy. US President George W. Bush warned against a third world war, because Iran is seeking to develop nuclear weapons. North Korea bluffed hard with the nuclear threat. And French President Nicolas Sarkozy is offering relatively unstable North African countries nuclear power plants. Time is running out.

SPIEGEL: But the problem remains: There are no clean alternatives. How can renewable energy satisfy our basic needs?

Töpfer: It's true. Right now renewable energy is not enough. This is precisely why it is so important that more funds be made available to improve energy efficiency, expand renewable energy and investigate cleaner technologies.

SPIEGEL: You have been preaching this for decades. Why have the advances been so modest?

Töpfer: They aren't that modest at all. It is already possible, on a small scale, to intelligently link various forms of renewable energy in such a way that they can meet basic needs. Decentralized generation of energy is also on the rise. This explains the growing global demand for our technologies -- and the administrative tools needed to promote them. Germany's renewable energy law is a big hit abroad.

SPIEGEL: That's all very well and good, but large offshore wind farms and CO2-free coal power plants are little more than a promise at this point.

Töpfer: Unfortunately, you're not entirely wrong, which is precisely why I'm so insistent! But as soon as we have a functioning market for CO2, we will quickly see the development of technical solutions that are still unimaginable today. There are smart people walking around in research institutes and companies, and if they start getting paid, let's say, €35 ($54) to take on a ton of CO2, you can be certain that they'll think about clever ways to use the substance, such as feeding it into new cycles and discovering new uses for it.

SPIEGEL: The German Energy Agency, half of which is funded by the federal government and the other half by a group of banks, is warning that the nuclear phase-out will result in a power shortfall. The Federal Environment Agency, on the other hand, claims that Germany could continue to export electricity, even with an ambitious climate policy. Which one of them is right?

Töpfer: Believe me, there will be no bottlenecks. We will always have enough electricity. There were no problems last year, when six nuclear power plants were temporarily shut down. But the problem is that CO2 emissions are on the rise!

'We Should not Give in Just Because of America and France'

SPIEGEL: If the nuclear power plant operators had their way, they would extend the operating life of their plants by 30 years, in line with the international standard of 60 years. How much of an extension would you permit?

Töpfer: We should not give in just because America and France are urging us to abandon the path we have chosen. I am familiar with the concern that extending operating life would only be used to push back efforts to develop renewable energy sources. This absolutely cannot be allowed to happen.

SPIEGEL: How can it be prevented?

Töpfer: Politicians must set clear conditions. We do have a nuclear consensus, even if the companies that signed it now want to see it changed.

SPIEGEL: Once again, how many years are we talking about? 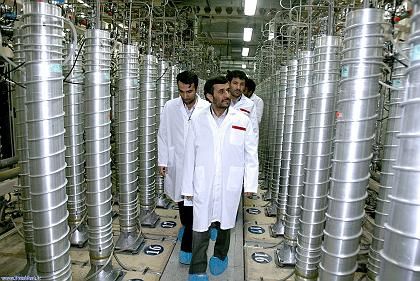 Töpfer: We must transform the structure of our energy supply as quickly as possible. I can't say exactly how many years that will take. We certainly need more than the current annual increase of at least three percent in the efficient use of energy. We need clean coal, renewable forms of energy and, for a little while, nuclear energy as a supplement. None of this will work without more investment in energy research.

SPIEGEL: How much of the electric utilities' additional billions in profits would it take?

Töpfer: At least 60 to 70 percent would have to be paid into a fund to soften the social burdens of high energy prices and help bring research forward. The 30 to 40 percent left to the utilities would be enough of an incentive. It's certainly enough to feed the kids, as my grandmother would have said.

SPIEGEL: You're talking about a new nuclear consensus?

Töpfer: If that's what you want to call it, yes.

SPIEGEL: SPD (Social Democratic Party) politicians also want a ban on new construction written into the constitution. Is that a good idea?

Töpfer: I'm afraid that would lead to a constitution that mandates a collection of technologies that, according to the current view, have no potential for further development. I don't think much of that. For instance, we cannot allow research on the safety of nuclear energy to be discontinued -- after all, these issues haven't been resolved yet.

SPIEGEL: Only last week, 18,000 liters of uranium solution leaked into nearby rivers from the Tricastin nuclear plant in southern France. Do you believe that the risk of a catastrophic accident like the 1985 Chernobyl disaster no longer exists?

Töpfer: As cabinet minister, I was responsible for Germany's nuclear power plants for seven-and-a-half years, so I'm not exactly like a blind man explaining color. No one is unprincipled enough to operate a nuclear power plant or extend its operating life when he knows that it's unsafe. Of course, there is always a residual risk with any nuclear reactor. Besides, the question of disposal of nuclear waste also remains unresolved. That's why I'm so concerned about the fact that so few young people are interested in these technologies.

SPIEGEL: You just said that you were concerned about the fact that the rest of the world is so interested in nuclear technology.

Töpfer: Of course, the news that a few hundred nuclear power plants are to be built is alarming. But it is understandable that every energy-dependent country wants to secure the nuclear energy option, as long as no feasible alternatives are being offered. However, after living abroad for nine years, I can hardly imagine that the African continent, for example, or countries like China and India, would develop nuclear energy as the core of their energy supply. I am currently traveling a lot in Asia and the Arab Emirates. Even oil-rich Abu Dhabi is looking at nuclear energy, while at the same time planning a project that would involve a completely CO2-free city. The world does think in terms of alternatives.

SPIEGEL: Are we conducting a superficial debate in Germany?

Töpfer: When it comes to domestic policy, deciding whether nuclear power plants will operate for two, three or five years longer than planned is a very important issue. Political parties have tied their images and political reputations to this question. But it's little more than the blink of an eye, globally speaking.

SPIEGEL: But an issue that could be the focus of German parliamentary elections.

Töpfer: I'm not so sure about that yet. It would be disastrous if we were to consider a future with nuclear energy once again, simply for the sake of possibly extending the operating lives of plants by a few years. Germany has been a leader in the development and promotion of renewable forms of energy. Now it's time to prove that a flourishing economy can develop an energy supply without nuclear energy. If we don't do it, who will?

SPIEGEL: So the world would be a better place if everyone adopted the German lifestyle?

Töpfer: I would never put it that way. No other country is as advanced as we are in the development of renewable forms of energy. If we can now derive the financial backing from a few nuclear power plants currently in operation to achieve a future without nuclear energy, we should not hesitate.