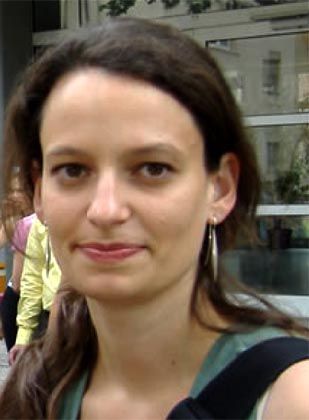 Nicole Bosch is a sociologist specializing in racism and discrimination at the European Forum for Migration Studies.

A new report on racism in Europe by the European Union Agency for Fundamental Rights (FRA) has revealed that racist violence is on the rise in Germany and that discrimination is commonplace. SPIEGEL ONLINE spoke to racism expert Nicole Bosch from the European Forum for Migration Studies in Bamberg -- which supplied the information about Germany for the FRA report -- about the new findings and how racism can be fought.

SPIEGEL ONLINE: In general, is the problem of racism in Germany getting better or worse?

Bosch: In 2006, the police registered the highest number of politically motivated right-wing crimes since 2001. In contrast to previous years, the 2006 figures also indicate a rise in the number of xenophobic crimes. (In previous years the increase was mainly due to rising propaganda crime figures). In 2006, 484 of the right-wing extremist crimes were registered as xenophobic and violent, compared to 355 cases in 2005.

SPIEGEL ONLINE: According to the FRA report, racist crimes increased in Germany in 2006. Does this mean that racism is becoming more of a problem, or does it reflect better reporting of crimes?

Bosch: The drastic increase, especially in violent crimes with a xenophobic background, cannot be explained by better reporting of crimes. The official criminal registration and definition system, the Criminal Investigation Registration Service -- Politically Motivated Criminality, (which keeps statistics on political crimes committed across the whole of Germany) had already been introduced as long ago as 2001.

SPIEGEL ONLINE: Is racism a particular problem in certain parts of Germany?

SPIEGEL ONLINE: How does Germany compare to other European Union members in terms of racism?

SPIEGEL ONLINE: Is the average German sensitive to racism as a problem?

Bosch: Attitudes -- especially in an international comparative perspective -- are difficult to assess. For the German context, there are two much-discussed studies which examined xenophobic attitudes in Germany. According to the latest round of the longitudinal (i.e. long-term) Group-Focused Enmity Syndrome (GMF) survey conducted by Bielefeld University's Institute for Interdisciplinary Research on Conflict and Violence, the extent of xenophobic attitudes in 2006 remained at the level of the previous year -- after a constant increase between 2002 and 2005.

In November 2006, the Friedrich-Ebert Foundation released the results of a representative survey on right-wing extremist attitudes among Germans. That study categorized 26.7 percent of the around 5,000 people interviewed as xenophobic. The authors concluded that the phenomenon of right-wing extremism constitutes a political problem not only at the margins, but also in the center of German society.

SPIEGEL ONLINE: Would a ban on the far-right National Democratic Party of Germany (NPD) help to combat racism?

Bosch: By banning the NPD, the state would show that official institutions are fighting right-wing and xenophobic attitudes with all the means it has at its disposal. In this sense, a ban on the NPD could be one state measure to fight these tendencies.

SPIEGEL ONLINE: What is the bigger problem: right-wing extremism and violence, or "everyday" racism (discrimination in employment, housing etc)?

Bosch: Right-wing extremism and violence are substantially threatening our societies. However these phenomena can not be seen without discrimination -- people suffering in different social fields. This is why FRA does not only monitor racist and xenophobic violence and crimes but also discrimination in the fields of education, employment, housing and health.

SPIEGEL ONLINE: Why is Germany "lagging behind" (to quote the FRA report) in implementing the EU Racial Equality Directive?

Bosch: The General Equal Treatment Act (AGG) which was passed in Germany to implement the four EU equality directives (including the Racial Equality Directive) came into force on August 18, 2006 -- more than three years after the July 2003 deadline for the implementation of the EU Racial Directive. Germany's new specialised body for the promotion of equal treatment, the Federal Anti-Discrimination Agency, which is part of the Federal Ministry of Family Affairs, Senior Citizens, Women and Youth, was only recently fully staffed. On the occasion of the first anniversary of the AGG, the heated debate about the act has started up again. In Germany, skepticism towards legal anti-discrimination regulations remains high.

SPIEGEL ONLINE: What can be done to fight racism in Germany?

Bosch: The significant decrease of right-wing and xenophobic tendencies between 2000 and 2003 indicates that the effectiveness of the struggle against extreme right-wing, xenophobic and anti-Semitic developments depends on a combination of immediate state measures (e.g. law enforcement) and the long-term development of social control mechanisms in the society (e.g. awareness raising). It is essential that police authorities enforce the law by consistently registering and forcefully combating such incidents and that the perpetrators are punished adequately.

Furthermore, strong public condemnation of these phenomena by official figures, such as leading politicians and other opinion leaders, affects the perception of racism and xenophobia in the media and in society in general. In addition, the fight against xenophobia and anti-Semitism depends on the commitment and active involvement of civil society, particularly through local initiatives (e.g. round tables), projects and other activities (e.g. demonstrations against xenophobia and educational programs). These civil society activities strengthen mechanisms of social control and condemnation of right-wing violence, xenophobia and anti-Semitism.

In order to ensure the sustainability of the struggle against xenophobia and anti-Semitism -- and this seems to be a shortcoming in Germany -- respective good practice initiatives and projects (e.g. victims' support organisation) must be supported on a long-term basis and continuously institutionalised.