Europe is now in the third year of its sovereign debt crisis and the prospect of a breakup of the single currency no longer seems as farfetched as it once did. But from the perspective of most Germans, the euro crisis is still something that mainly affects other countries, namely Greece, Spain, Portugal, Italy, Ireland and now Cyprus. 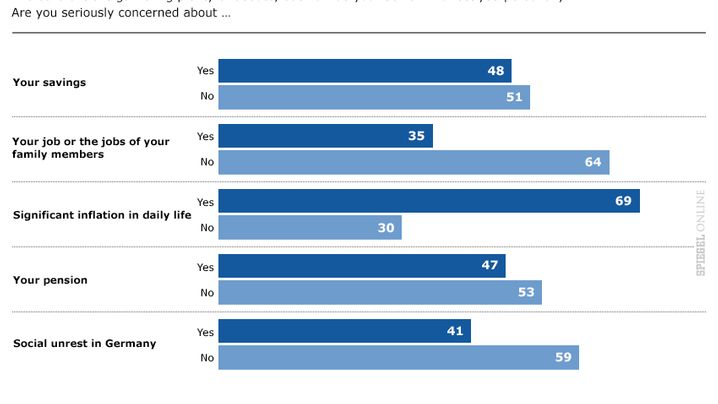 Now, a new survey conducted on behalf of SPIEGEL ONLINE shows that Germans are worried about the crisis and the response by the German government. Their main concern appears to be inflation, with 69 percent of respondents saying that the prospect of significant price increases was a serious concern for them. Only 30 percent said they were not worried, while 1 percent had no clear opinion on the matter. Inflation is a hot-button issue in Germany because of memories of the hyperinflation of the inter-war years.

The survey also reveals that almost half of Germans (48 percent) are anxious about their savings, even if a narrow majority (51 percent) sees no cause for alarm. The results are similar when it comes to providing for their old age: A total of 47 percent of respondents are worried about their pensions, while 53 percent are not.

The Germans are far more optimistic when it comes to their jobs. Sixty-four percent of respondents said they were confident that the euro crisis would not affect their jobs. Only 35 percent were worried about becoming unemployed.

The survey also revealed that the majority of Germans are in favor of euro-zone members having their budgets more strictly controlled by a centralized European authority, such as a European finance minister. Some 74 percent were in favor of the proposal, while 22 percent disagreed. The result echoes the official position of the German government, which insists there can be no liability without controls.

On the question of the single currency and its survival, the majority -- 54 percent -- believes that Germany should not continue to fight to save the euro if it has to provide additional billions in aid. A sizeable minority (41 percent) disagrees, however, while 5 percent are undecided.

The survey revealed that this skepticism is shared by Germans of almost all political affiliations. Among respondents who support Angela Merkel's conservative Christian Democratic Union (CDU) and its Bavarian sister party, the Christian Social Union (CSU), 52 percent said it was almost pointless for Germany to continue fighting for the single currency, while 45 percent disagreed. The figures are similar among supporters of the opposition center-left Social Democratic party (54 percent versus 43 percent), which has generally supported Merkel in her efforts to fight the crisis.

The greatest skepticism was found among supporters of the far-left Left Party, 68 percent of whom felt it was pointless to keep fighting to save the euro. The most pro-European tendencies were found in the camp of the environmentalist Green Party. There, 64 percent thought Germany should keep trying to rescue the monetary union.

The divide in the responses mirrors a current debate among top economists in Germany. This week, influential German economist Hans-Werner Sinn published an open letter, signed by around 170 economists, criticizing the resolutions agreed upon at the most recent European Union summit and claiming that Merkel was "forced into" agreement at the meeting. Other leading economists, including Peter Bofinger, a member of the German Council of Economic Experts that advises the German government, have reacted by attacking the letter and defending Merkel's policies.

The survey was conducted by the pollster TNS on July 3-4. Around 1,000 Germans aged 18 and over took part. 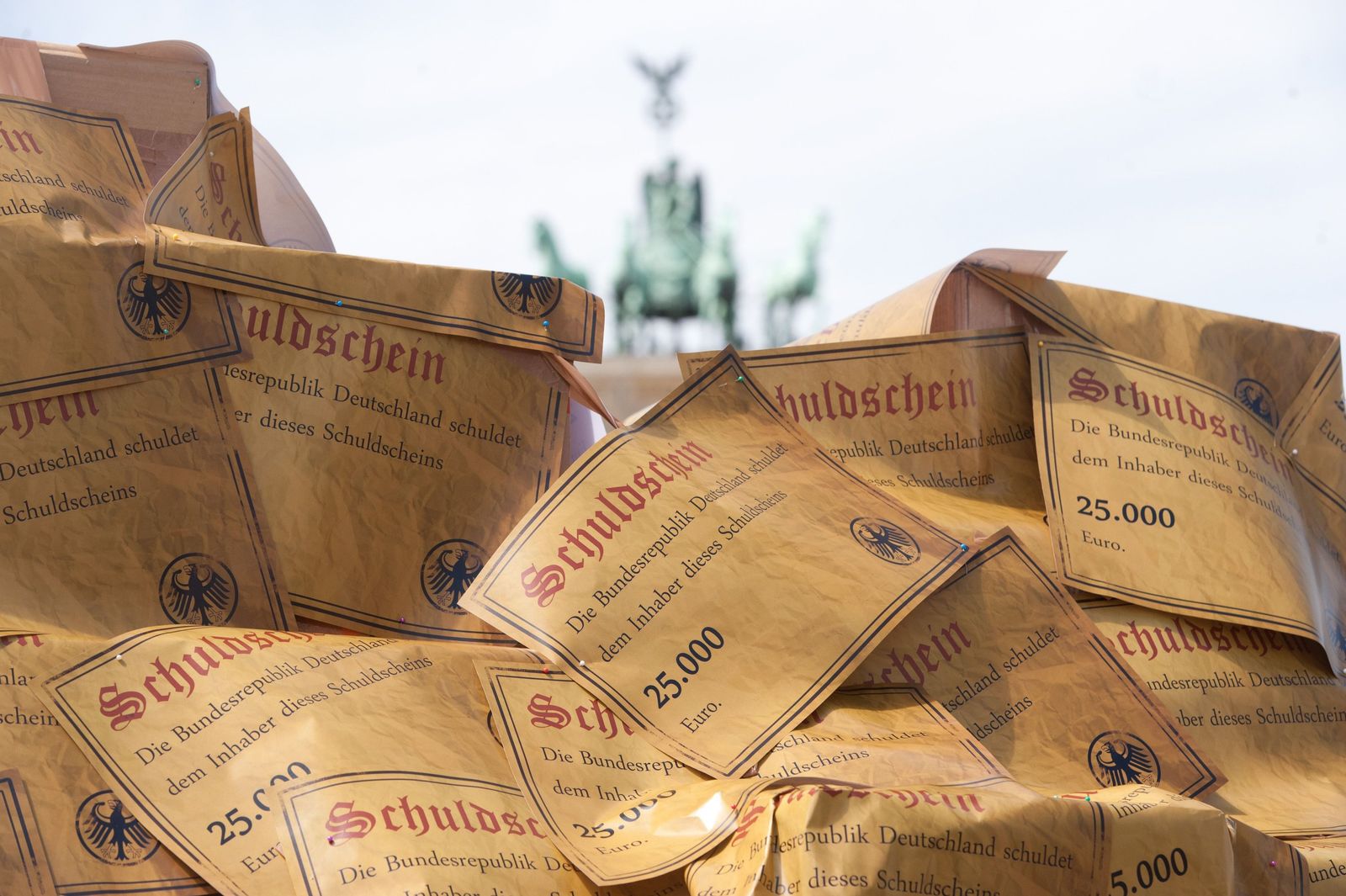 A protest against Germany's "mountain of debt" on July 2 in Berlin.