December is the season to be jolly and in Berlin there is nowhere better to nibble on gingerbread or sip the mulled wine known as "Glühwein" than in one of the city's several dozen Christmas markets. But a man serving vodka shots spiked with what is believed to be liquid ecstasy, a date-rape drug, has been spreading alarm throughout the normally festive markets in the German capital. So far, eight people have been briefly hospitalized as a result of the attacks.

One victim, Tanja D., a 23 year-old Berlin nurse, told the mass-circulation Bild newspaper that she felt dizzy after accepting a drink and toasting with a stranger last weekend. Police said victims had reported being lured to drink the shots by a middle-aged man of normal build, around 1.8 meters (5 feet 11 inches tall), with blonde hair and a "wolly dark blue hat." He reportedly approached the young nurse and her friend, inviting them to share a vodka schnapps toast, at the Christmas market at Alexanderplatz square.

"We were standing at a table when suddenly the man came towards us," Tanja D. told the newspaper. "He appeared to be a nice guy and told us he had just become a father a week ago." The man then pulled three bottles of schnapps from his jacket pocket, inviting the two friends to share a toast with him.

'One of My Friends Felt Ill and Had to Throw Up'

"When I asked why he wasn't drinking with us he pulled out another bottle from a different pocket," Tanja D. recalled. "The vodka tasted totally disgusting. After a few minutes one of my friends felt really ill and had to throw up. We could hardly walk properly." The man then allegedly told the girls he was a doctor before offering to drive them to his practice. By the time passers-by alerted the police, the man had vanished.

According to Bild, eight other victims have fallen prey to the contaminated schnapps cocktail in the last week. Last Saturday, a 15-year-old girl fell victim to a similar attack at Alexanderplatz after being offered a shot by a man disguised as Santa Claus.

Just days earlier, on Dec. 8, two different victims were duped in the same market with similarly spiked drinks. Meanwhile, a couple fell ill at another Christmas market in the western part of the city after an English-speaking stranger offered them a similar schnapps toast. Victims have been reported so far in at least four of the city's Christmas markets. In each case, however, victims were offered free drinks and did not purchase them. No serious injuries have been reported in the apparent attacks. 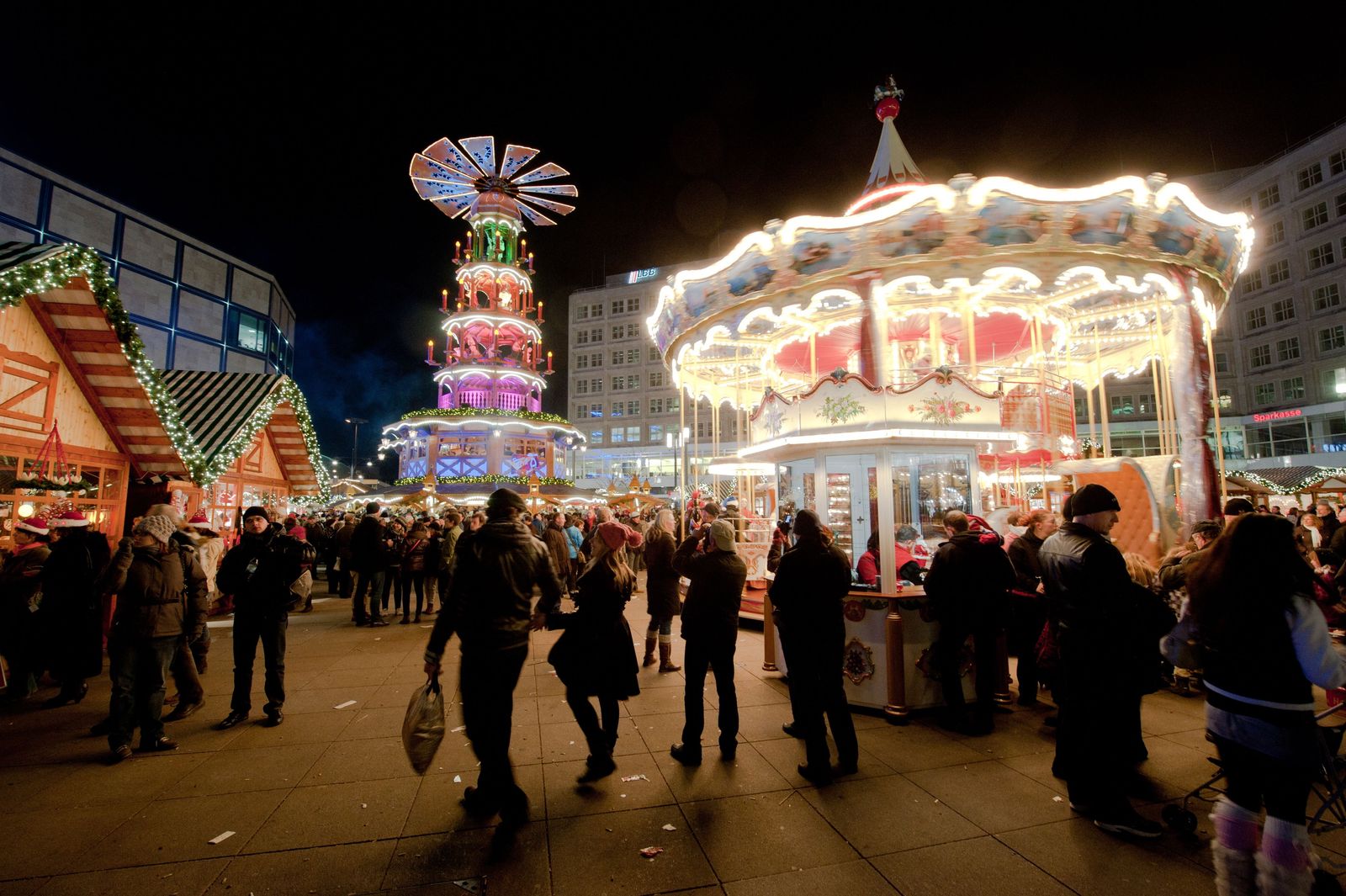 An unidentified man is believed to have offered shots laced with "liquid ecstasy" to visitors at major Berlin Christmas markets in recent days.