In the days preceding Sunday's election in Germany's most populous state, North Rhine-Westphalia, commentators had described the vote as a "mini national election." If this is a reading of the tea leaves for federal elections in 2013, though, the prospects don't look so good for conservative Chancellor Angela Merkel.

Highly popular state Governor Hannelore Kraft of the center-left Social Democratic Party had been forced to call a snap election in March after her minority government, which had to rely on issue-by-issue support from the opposition, collapsed when it was unable to approve the state's next budget. But Sunday's vote gave the Social Democrats (SPD) and the Greens a clear majority to govern in the state, with Kraft's triumphant SPD gaining a full four percentage points at polling stations, ending up with nearly 40 percent of the vote. Although down by slightly less than a percentage point over its result in the previous election in 2010, the Green Party still secured 11.3 percent.

The vote marked a bitter defeat for Norbert Röttgen of Merkel's CDU, who in addition to his post as federal environment minister, ran as the party's lead candidate in North Rhine-Westphalia. Voters punished the party, giving it 8.3 percent fewer votes than in 2010. 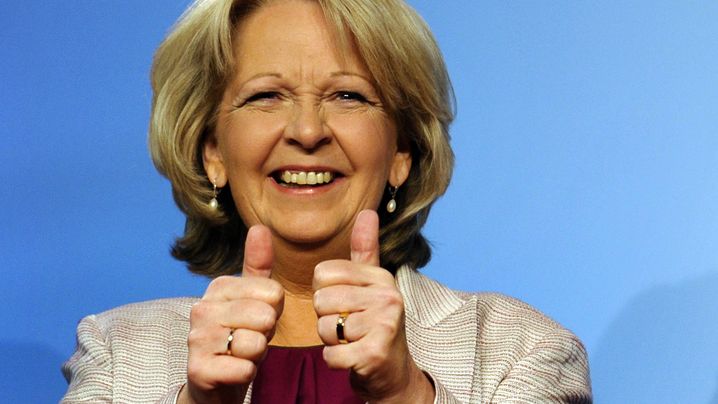 The business-friendly Free Democrats, Merkel's coalition partner at the national level, managed to continue their sudden turnaround after months of plummeting in national polls. The party gained 8.6 percent of the vote, two percentage points more than in 2010 -- a result that comes on the heels of last week's 8.2 percent showing in the northern state of Schleswig-Holstein. The result promises to inject the party with much-needed confidence ahead of next year's general elections.

A Boost for the SPD and Greens

The far-left Left Party, a group formed out of the remnants of the former East German Communist Party along with leftists in the West, failed to clear the 5 percent hurdle, with only 2.5 percent of votes, and will lose its seats in parliament.

Sunday's election is likely to give a boost to the national fortunes of the Social Democratic Party, which has struggled on the national level since its grand coalition together with Merkel's CDU ended in 2009, as well as to the Green Party. The SPD and the Greens ruled together on the national level from 1998 to 2005 under former Chancellor Gerhard Schröder. Sunday's vote have many now thinking that such a coalition could prevail in 2013 as well.

For Merkel, however, Sunday was nothing short of a debacle. Although it won't change the balance of power in the Bundesrat, Germany's upper legislative chamber, which represents the interests of the country's 16 states, it still marks a further erosion of national support for the CDU party. SPD victor Kraft said on Sunday night: "This is a clear message for Berlin."

For his part, CDU leading candidate Röttgen himself described Sunday as a "bitter day." His party's showing was the worst in the history of the state -- even worse than the second-poorest showing by the CDU in NRW in 2010 under then-Governor Jürgen Rüttgers.

Party supporters in the state accused Röttgen, who has clear ambitions at the national level to one day become chancellor, of not being committed enough to state politics in North Rhine-Westphalia. "Röttgen just didn't decide in favor of NRW, and it was a grave mistake," said Wolfgang Schulhoff, a 72-year-old party supporter in the state.

Appearing on stage in Düsseldorf on Sunday night, Röttgen said: "I led the CDU, I was its leading candidate. This is, above all, my own personal defeat -- and it really hurts." Röttgen stepped down from his post as head of the state chapter of the CDU on Sunday. Ultimately, the election had pitted the SPD's Kraft, who is considered to be a down to earth politician who has no trouble connecting with the people of her state, with Röttgen, a national politician who proved to be too distant from state voters. And although Röttgen hails from the state, he failed to overcome the image that he was a carpetbagger from the capital. His many missteps during the campaign also made it difficult for him to win over the hearts of voters.

The worst came when Röttgen said he wanted to make the vote a state referendum in support of Chancellor Merkel's policies for saving the euro. Merkel's positions have been popular with German voters, but the chancellor wanted no part of Röttgen's pending election defeat. Angry, CDU politicians at the national level distanced themselves from Röttgen, saying any loss in North Rhine-Westphalia would be his alone. It nevertheless represents a setback for Merkel and the CDU because the vote in the state, with its 13.2 million people, often influences the outcome of federal elections. And although there had been tensions in the run-up to the election, Röttgen is a political protégé of the chancellor and his defeat is ultimately hers as well. The loss threatens to further erode the chancellor's clout -- both at the national level and within her own party.

Not so for some of Germany's smaller parties. Operating with only lay personnel, an almost non-existent platform and a very modest budget, the nascent Pirate Party managed to win 8 percent of the vote and will now gain between 16 and 18 seats in the state parliament in Düsseldorf. "We will be a strong opposition party," said the Pirates' leading candidate in the state, Joachim Paul. "Today we will celebrate, but tomorrow we will deliver." Founded in 2006, the fast-growing German chapter of the Pirate Party will now hold seats in four states -- Berlin, Saarland, Schleswig-Holstein and North Rhine-Westphalia.

A further winner in Sunday's poll is Christian Lindner, the former national general secretary of the FDP, who stepped down from his position earlier this year as the party's fortunes waned through a series of state election defeats and bitter internal battles within Merkel's coalition government over tax cuts and other policy areas. Lindner, who returned to the FDP stage as its leading candidate in the state successfully steered the party over the 5 percent hurdle and helped provide a nearly 2 percent gain over the party's 2010 result.

"This is a great outcome for the FDP in North Rhine-Westphalia," Lindner said. 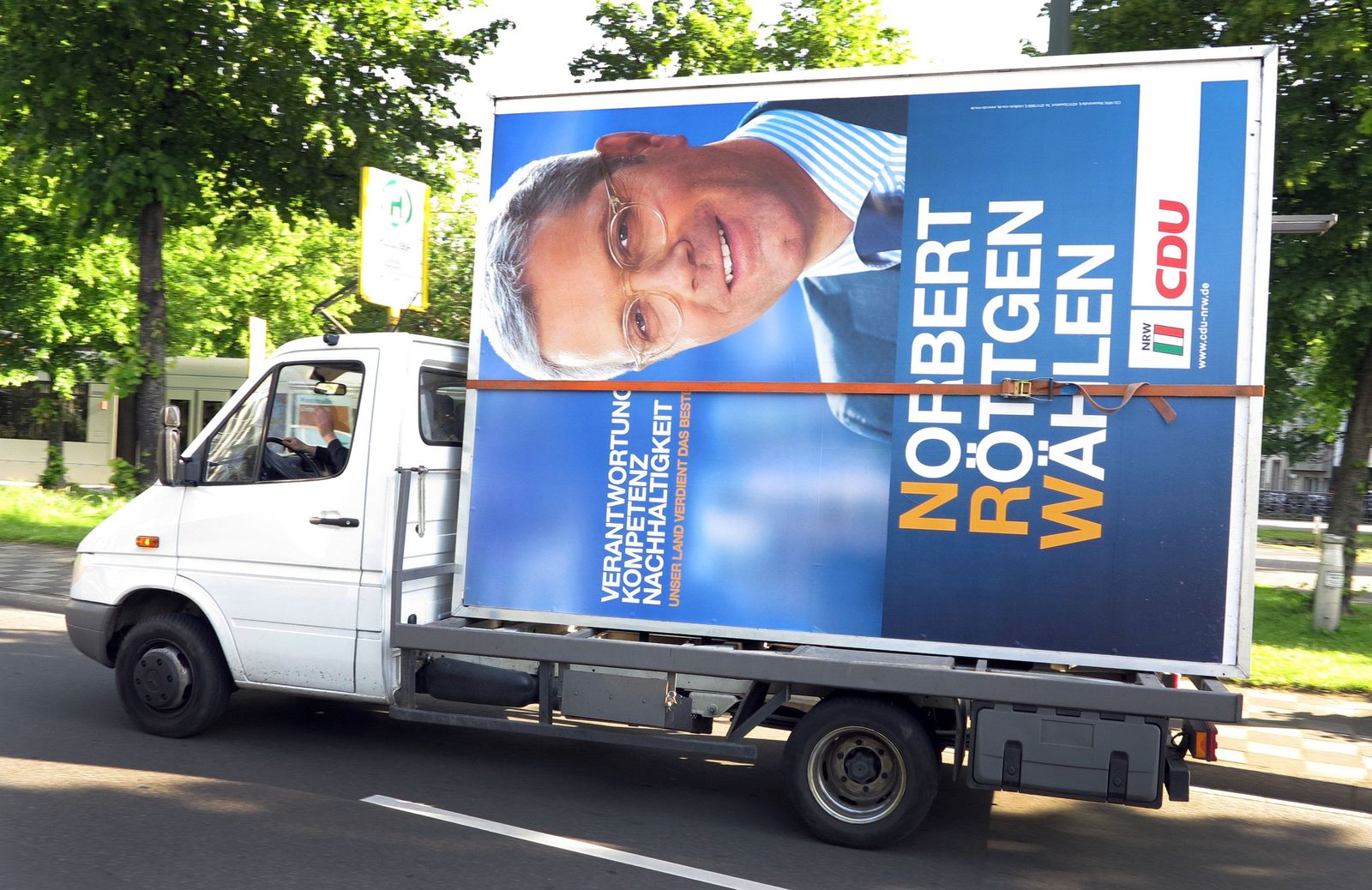 Christian Democratic candidate Norbert Röttgen did not have a good showing on Sunday.