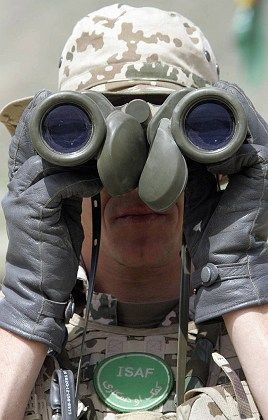 The lower house of the German parliament, the Bundestag, overwhelmingly approved Friday a one-year extension of the deployment of around 3,000 troops currently serving in Afghanistan as part of NATO's International Security Assistance Force (ISAF).

The Bundestag also approved the extended deployment of six reconnaissance Tornado jets, also for another year. The 613-seat Bundestag lower house voted 454 to 79 in favor of the extensions, with 48 abstentions, despite growing public opposition to the mission.

Members of the ruling grand coalition government -- comprised of the conservative Christian Democrats and the center-left Social Democrats -- argued that withdrawing troops would severely damage civil reconstruction efforts. "We must not leave Afghanistan in the hands of terrorists," Chancellor Angela Merkel said.

Development Minister Heidemarie Wieczorek-Zeul argued that troops were needed for reconstruction of the school system. "Seventy percent of the population is under 25," Wieczorek-Zeul said. "We want, through building up the educational system, and above all through elementary education, to give children and youth, specifically girls, the chance to go to school." The Taliban, who previously ruled the country, had banned girls from receiving an education.

Christian Democrat and Social Democrat members of parliament voted for the extension, as did members of the business-friendly Free Democrats and many members of the Green Party. Only the Left Party opposed the move. Green Party co-floor leader Renate Künast said, "We are convinced that further ISAF participation from Germany is necessary."

"We are headed in the right direction," Defense Minister Franz Josef Jung told the television station ZDF, adding that the German army in Afghanistan is "not an occupier," but a "liberator and supporter." When asked about when the mission might end, Jung responded that "we need a bit of time and patience."

The majority of the around 3,000 German ground troops in Afghanistan are stationed in the north of the country as part of the ISAF force. So far Germany has declined to take part in military operations in the dangerous south.

In total, the cost of the extended deployment for the next year is estimated at €487 million ($690 million). National opinion polls show increasing numbers of Germans oppose the mission in Afghanistan, particularly after recent kidnappings of Germans in the country. A German citizen was released Wednesday after being held in captivity since June 28.

Later this fall a vote will be held in the Bundestag on Germany's participation in the US-led anti-terrorist Operation Enduring Freedom, where Germany has been responsible for anti-terrorist ship patrols off the Horn of Africa.