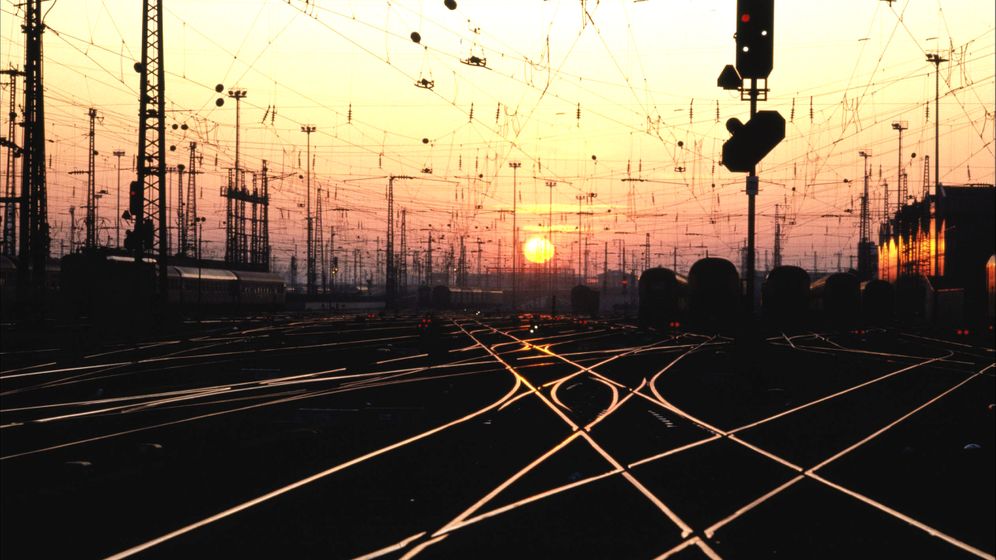 Travelers and businesspeople pushing their way through the underground train station at Cologne Bonn Airport are intercepted at the escalators down to the tracks by security personnel from Deutsche Bahn, Germany's national rail provider. No, these officers inform the passengers, no trains are running at the moment. And no, they don't know when operations will start again. Frustration and annoyance spread palpably through the crowd.

This was Tuesday morning of last week and, in this case, the delay wasn't caused by a broken-down high-speed ICE train. It wasn't a faulty railroad switch, the private drama of a suicide on the tracks or a bomb threat. And yet, it was an attack of sorts.

During the night, unknown individuals tampered with a cable shaft between the Cologne districts of Kalk and Vingst, near a city forest called the Gremberger Wäldchen, destroying three signaling cables and a communications cable with an axe. Federal police, in their subsequent report, put the time of the attack at 1:25 a.m.

Investigators concluded that these were not vandals, but cable thieves. Perhaps they were interrupted, because they never finished their work, but the damage they caused was still enough to bring rail traffic around Cologne to a standstill for 11 hours, cancelling 42 trains and rerouting 56.

Hardly a day goes by without the theft of copper cable, iron mast anchors or even entire lengths of tracks somewhere along Germany's 34,000 kilometers (21,000 miles) of railway lines.

The numbers are increasing, too. The first four months of this year alone saw more than 1,400 cases of theft, with the cost to DB amounting to millions of euros. The damage train cancellations cause to the company's image, meanwhile, can't be quantified in numbers, and company leaders are growing nervous.

Cases of metal theft have increased by nearly 50 percent since 2009. "The reason is clearly the drastic increase in commodity prices," says Head of Corporate Security Gerd Neubeck. The price for a ton of copper on the international market has risen from just under $3,000 (€2,100) in 2009 to more than $10,000, while steel prices have roughly doubled. The end to the metal boom is nowhere in sight.

"The high prices, also for scrap metal, draw organized gangs carrying out large-scale thefts of entire spools of cable or sections of track, along with individual perpetrators who walk off with a backpack carrying a couple kilograms of steel," Neubeck explains.

Metal thieves don't just target train tracks and stations. They also steal iron storm drains from streets, copper roofs from churches and rain gutters from private homes. But the railway is especially vulnerable. Signaling and safety cables, as well those for communications and operating switches and street crossings, are often located right next to the tracks, inside easily accessible and poorly secured concrete shafts.

Cable spools, masts for overhead electrical lines and the steel cables used to anchor them all lie stacked up in the open along sections of track under construction. Country roads nearly always run parallel to the tracks, making it easy for thieves to escape with their stolen goods. Sneaking in, loading up and driving away is all it takes. "They steal like magpies," says one federal police officer.

A few examples of metal theft in recent weeks make it clear that metal thieves have come to see DB facilities as something akin to a self-service store:

• May 26, Lahn-Dill District: Unknown individuals cut through and remove 24 grounding cables from power masts along the railway line from Giessen to Cologne.

• May 19, Düren: Thieves attempt to detach fiber optic cables and signaling cables. The cables are destroyed, causing radio communications between the control center and signal boxes to fail.

• May 12, Munich: Unknown perpetrators manage to load a ton of cable into a vehicle at a construction site at Pasing train station within 10 minutes. Witnesses assume the theft is ordinary transportation work on the part of Deutsche Bahn.

The thieves are growing increasingly audacious. One gang recently attempted to remove construction materials from a station platform right in front of a delegation of security experts and federal police, who were there to survey the site. This group, at least, was caught.

One Monday morning this April, DB employees at a freight yard in Ahlen, western Germany, discovered more than 640 meters (2,100 feet) of currently unused track and 35 steel railroad ties missing. All together, the materials weighed 72 tons. Who the thieves were and how they managed to transport the heavy tracks remains unknown.

These metal thieves endanger not only DB workers and passengers, but also themselves, since many also tamper with the 15,000-volt overhead power lines. On May 21, a freight train crashed into dangling overhead lines that had been tinkered with by thieves near Schönefeld train station in Berlin and ended up stuck there, the device that connected the train to the power lines damaged. Unknown perpetrators had removed parts of the high-voltage power masts. In late May, others removed two lengths of cable, each around 30 meters (100 feet), from an urban rail line between Wilhelmsburg in Hamburg and nearby Harburg. Still other copper thieves had struck at nearly the same location just two days before.

According to DB's findings, the most thefts occur in socially disadvantaged areas, and rates are highest in the east of the country. In the area around the city of Halle alone, Federal police recorded 243 cases of theft last year, with 161 around Magdeburg and 121 around Leipzig. The next highest figures were in the regions of Essen and Dortmund (both in western Germany), then in Neubrandenburg and Oranienburg (both in the east).

Federal police arrested over 500 individuals last year and the penalties are certainly harsh. Two men in the city of Hagen received prison sentences without parole. One will serve two years, the other 13 months for stealing some 1.4 tons of metal clamps from a DB construction site. Investigators believe the pair was part of a Polish gang.

On June 15, federal police and criminal investigators in the northern German city of Rostock arrested seven Germans and one Bosnian for organized crime and receiving stolen goods. The group is believed to have stolen large amounts of metal from DB storage depots and construction sites in at least 65 separate instances since 2009, all of the thefts flawlessly organized.

Just five days before, investigators in the eastern city of Rotenburg also arrested three Bulgarians who had taken 500 kilograms (1,100 pounds) of copper cable from a railway construction site.

In one instance, cable thieves paralyzed train traffic between Chambéry and Bourg-en-Bresse in the French Alps for seven hours in late February, leaving 40,000 skiers stranded. SNCF has now instigated a plan to increase security, especially around railroad switches and power supply elements.

Deutsche Bahn is also taking action, keeping its storage facilities better secured and guarded, with video cameras monitoring the most critical sites. Plans include sending undercover investigators to maintain a presence at construction sites and scrap metal dealers, while police helicopters outfitted with infrared cameras will make nighttime passes over the most vulnerable stretches of track.

This Monday, DB security experts met with federal police for their first "metal summit." According to the event invitation, the summit planned to offer an opportunity to "compare notes, investigate countermeasures and combine these into a mutually agreed-upon course of action."

Still, all that doesn't do much to improve the damage metal theft has done to Deutsche Bahn's image. "Hundreds of thousands of customers each year bear the brunt when trains can't run, or run but with considerable delays," says security head Neubeck. In 2010, around 8,500 trains were affected, with over 360 of them cancelled partially or completely. And when travelers are forced to wait, they don't really care who or what originally caused the delay.

Last year, federal police recorded over 2,700 cases of iron and non-ferrous metal theft, and the numbers are increasing. Cases of metal theft have increased by nearly 50 percent since 2009.