The CD is believed to contain information about 1,500 tax-evading German citizens, who possibly owe a total of as much as €100 million. Despite criticism from within her own party, Chancellor Angela Merkel has made clear that she is interested in accepting the offer, which has been described as immoral and criminal by some critics. The last time the German government bought stolen data, it became a financial boon for the treasury and this time, too, Merkel and her government have money in their eyes.

Before the government has even purchased the CD, tax evaders across Germany are already considering turning themselves in. Finance Minister Schäuble has encouraged them to take this step. "I can only advise anyone who has evaded taxes in the past to turn themselves in," he told the Augsburger Allgemeine newspaper.

Lawyers around the country are reporting a flood of calls from clients. "There is strong interest in this possibility," Munich tax attorney Jan Olaf Leisner told SPIEGEL ONLINE. The attorney is an expert on the issue. When the German government last bought a DVD with stolen tax evader data in 2008, Leisner represented 50 Germans implicated in the case. With this week's developments, his phones are ringing again. "Today alone I have already gotten five calls," he said.

In the meantime, the lines are also busy in Switzerland. "Our phones won't stop ringing," said one adviser at a foreign private bank who deals with wealthy German clients. Many Germans are in a "state of cold sweat," he said.

Germany's Federal Association of Tax Advisers sent out a press release on Tuesday advising people "to swiftly turn themselves in if they have secret Swiss bank accounts." Anyone in Germany caught committing tax evasion in excess of €1 million could also face prison time. For many, that risk "has become considerable," the statement said.

The statement also said that tax advisers are prepared to provide advice on how customers can submit amended returns and turn themselves in. "This could be the last chance for tax evaders to avoid prosecution," it said.

But clearly it is not just the German government that is looking to make a fast buck here. A former employee of major British bank HSBC has denied media reports that he wants to sell data to the German government. Last year, the man sold French authorities data from Switzerland on thousands of people. The Frankfurter Allgemeine Zeitung newspaper also reported data may have been stolen from Credit Suisse bank. But the bank said there were no signs of any such incident.

Still, tax evaders are likely to be following each and every headline closely this week. And they may seek to contact attorneys like Leisner. "If people aren't HSBC customers, I am advising them not to panic -- the tax investigators won't be arriving at their door overnight. But if a person is a customer at the bank in question, then they should turn themselves in as quickly as possible."

German tax authorities, of course, are pleased that suspected tax evaders are getting nervous. "This speculation is the best thing that could possibly happen to us," said a high-ranking official at a German state-level finance ministry.

Leisner, the Munich-based tax attorney, said Merkel's clear words on the matter earlier this week, when she said that the government was determined to get its hands on the data, had had a major impact. "Great uncertainty drives people to turn themselves in -- even if the government ends up not buying the CD," Leisner said. "If the government now purchases the CD, all the dams will burst. It will open the floodgates for imitators (i.e. governments in other countries) to do the same."

What Happens When People Turn Themselves In?

In 2008, Germany's foreign intelligence agency, the BND, purchased a DVD for close to €5 million with data from Liechtenstein's LGT bank that helped the government track tax evaders who had deposited their money in the tax haven. The government at the time, a coalition of Merkel's conservative Christian Democrats and the center-left Social Democrats, was able to generate around €200 million in fines and back tax payments using the data. The most prominent person incriminated in the data was former Deutsche Post CEO Klaus Zumwinkel, who had to resign from his position.

At least 600 people then lined up to confess they had dodged their taxes, despite the fact that only 210 were listed on the DVD. "At some point people get fed up with the whole business: first it was Liechtenstein and now Switzerland," Leisner says.

Leisner also suggested that people should turn themselves in even if their data isn't on the CD. "These people will be playing safe," he said, because by filing amended returns they can avoid prosecution. Others will only be able to escape prosecution so long as no case has been filed against them. The German Association of Tax Advisers is encouraging tax evaders to move quickly. "The window for turning oneself in is small in this case," it said. It could close as soon as details of the bank in question becomes public or, at the very latest, at the point the data on the CD has been matched up against the returns filed by suspected tax evaders.

So what happens if someone turns themself in? As their attorney, Leisner said, he would first request the appropriate documents on their bank accounts in Switzerland. The data would be "kept in our Zürich office so that they don't have to cross the border into Germany." A person who had kept, for example, €4 million in a numbered account over a 12-year period without paying tax on the interest, which would likely have amounted to some €2 million, would have to pay around €1.35 million in back taxes, including interest. "Then the client has to decide," Leisner said. "If he turns himself in, he can sleep easy again -- knowing that he won't have to pay any fines or face further sanctions."

But amended returns take some time to prepare, if they are to be correct and complete. That's something that the German authorities are also aware of: The official at the state finance ministry said that he expects a wave of people turning themselves in "by the middle or end of next week." 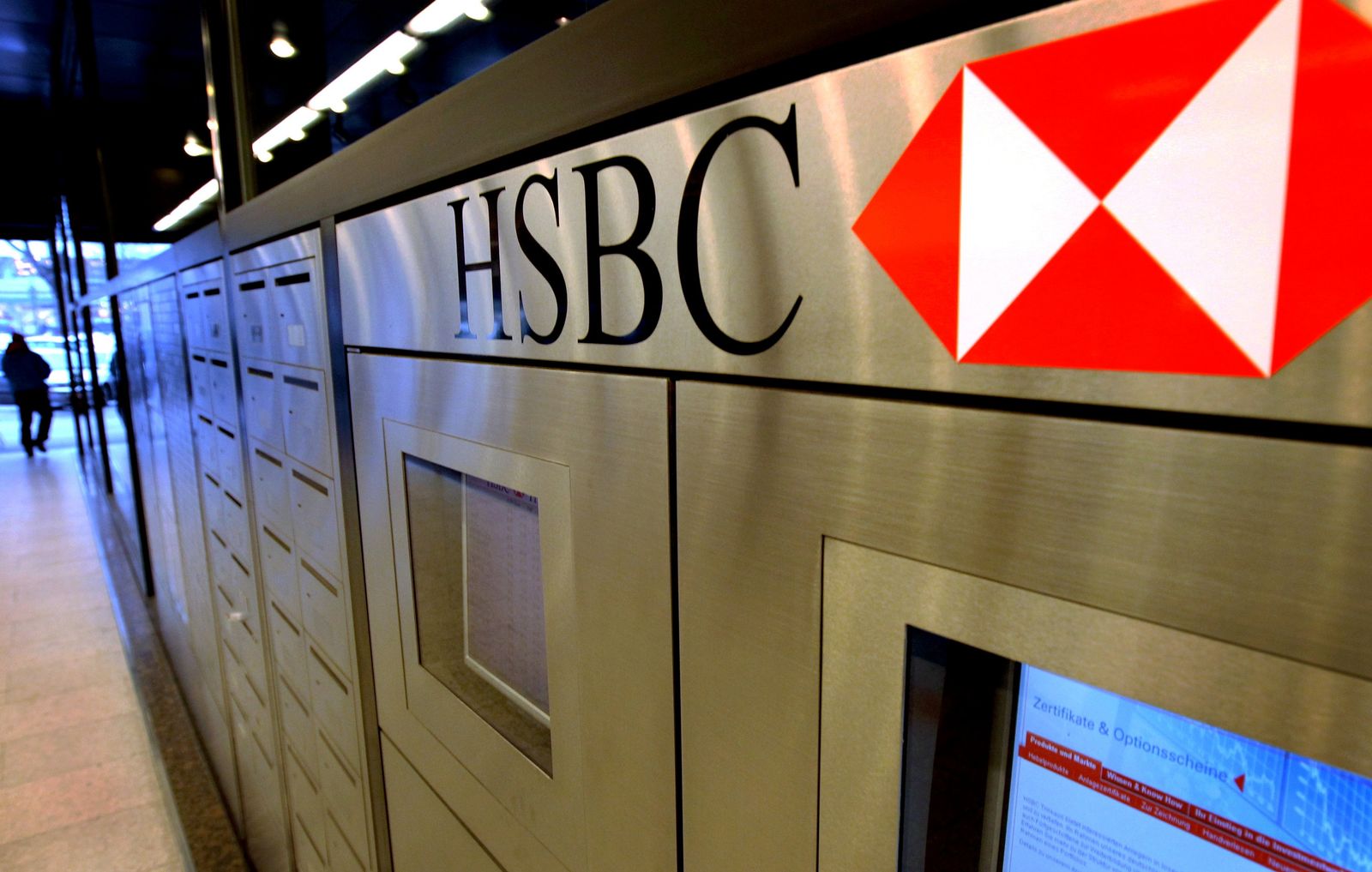 Data thought to be from German customers at the Swiss branch of Britain's HSBC bank are at the center of this week's moral dilemma in Berlin.