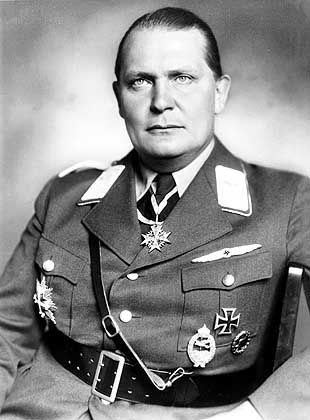 A number of masterpieces believed to have been looted by the Nazis have been found in a Swiss bank safe, the Zurich prosecutor's office said Tuesday, confirming earlier reports in the German media.

The paintings include works by Monet, Renoir and Pissarro, reported the German dailySüddeutsche Zeitung.

The safe was rented by Bruno Lohse, an art historian and dealer commissioned by the Nazis to assess works of art looted from Jewish people in territories occupied by the Nazis, especially France, the report said.

Lohse died in March aged 95. The paintings -- there are more than 14 -- were discovered in the safe of a Zurich bank by a Swiss prosecutor helping out with investigations into extortion and money laundering underway in Munich and Liechtenstein.

The prosecutor, Ivo Hoppler, couldn't believe his eyes when he opened the walk-in safe of Zürcher Kantonalbank. Süddeutsche Zeitung reported that the paintings, if genuine, are each worth millions of euros, and also include works by Dürer, Sisley, Corot, Kokoschka and van Kessel.

They are being kept in the safe pending the investigation. "Then a decision will be taken who will get them," the prosecutor, Ivo Hoppler, said, according to newspaper reports.

The discovery followed a tip-off from the daughter and sole heir of Jewish publisher Gottfried Bermann Fischer, Süddeutsche Zeitung reported. She had been offered information on the whereabouts of the Pissarro painting "Le Quai Malaquais, Printemps", stolen from the Fischer family in 1938 when they fled the Nazis and left Austria.

Two men contacted her requesting a finder's fee amounting to 18 percent of the market value of the painting, estimated to be worth around €5 million. She declined and filed a legal complaint with the state prosecutor's office in Munich, where one of the men lives. The office began an investigation on the grounds of extortion.

The men claimed a buyer had purchased the painting from Lohse in the 1950s, not knowing that it had been stolen.

Lohse joined the Nazi party in 1937 after studying art history and philosophy in Berlin. During the war he was appointed to a unit responsible for seizing Jewish assets in occupied territories. Hermann Göring was impressed by his knowledge of art and ordered him to scour collections for valuable objects

After the war Lohse was interned by the Americans and interviewed as a witness in the Nuremberg war crimes trials. He was extradited to France in 1948 and put before a military tribunal, which acquitted him. He then continued his work as an art dealer.