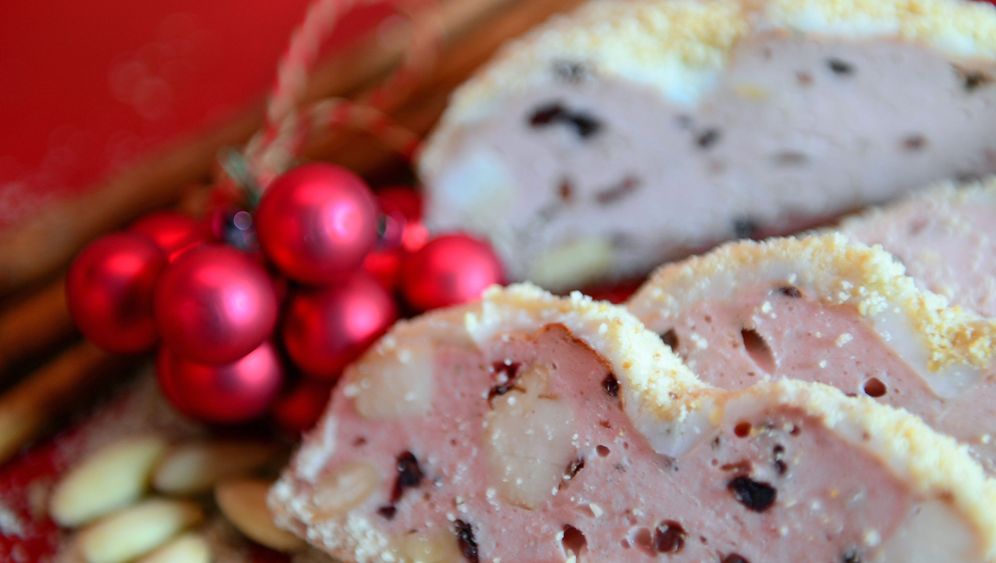 Photo Gallery: Have Yourself A Meaty Little Christmas

Stollen is one of Germany's most popular traditional Christmas treats. The delicious loaf cake with dried fruit, nuts and citrus zest from the Saxony region dates back to the 14th century, and is so good that the eastern city of Dresden even has a holiday festival in its honor.

That's why some may feel that a new take on the festive delicacy amounts to sacrilege. Their problem? It's made of meat.

A family that runs a butcher shop in the Saxon city of Aue has never been a fan of Stollen's powdered sugar and "nasty raisins," so they came up with their own version, Christin Popella told German news agency DPA on Wednesday. Molded in the form of Stollen, it's made of veal, chunks of fat, cranberries and almonds.

"People either love it or hate it," Popella says of the concoction, which was tested over the course of four years.

The meat Stollen hits the market for the first time this holiday season in Germany.

8 Bilder Photo Gallery: Have Yourself A Meaty Little Christmas 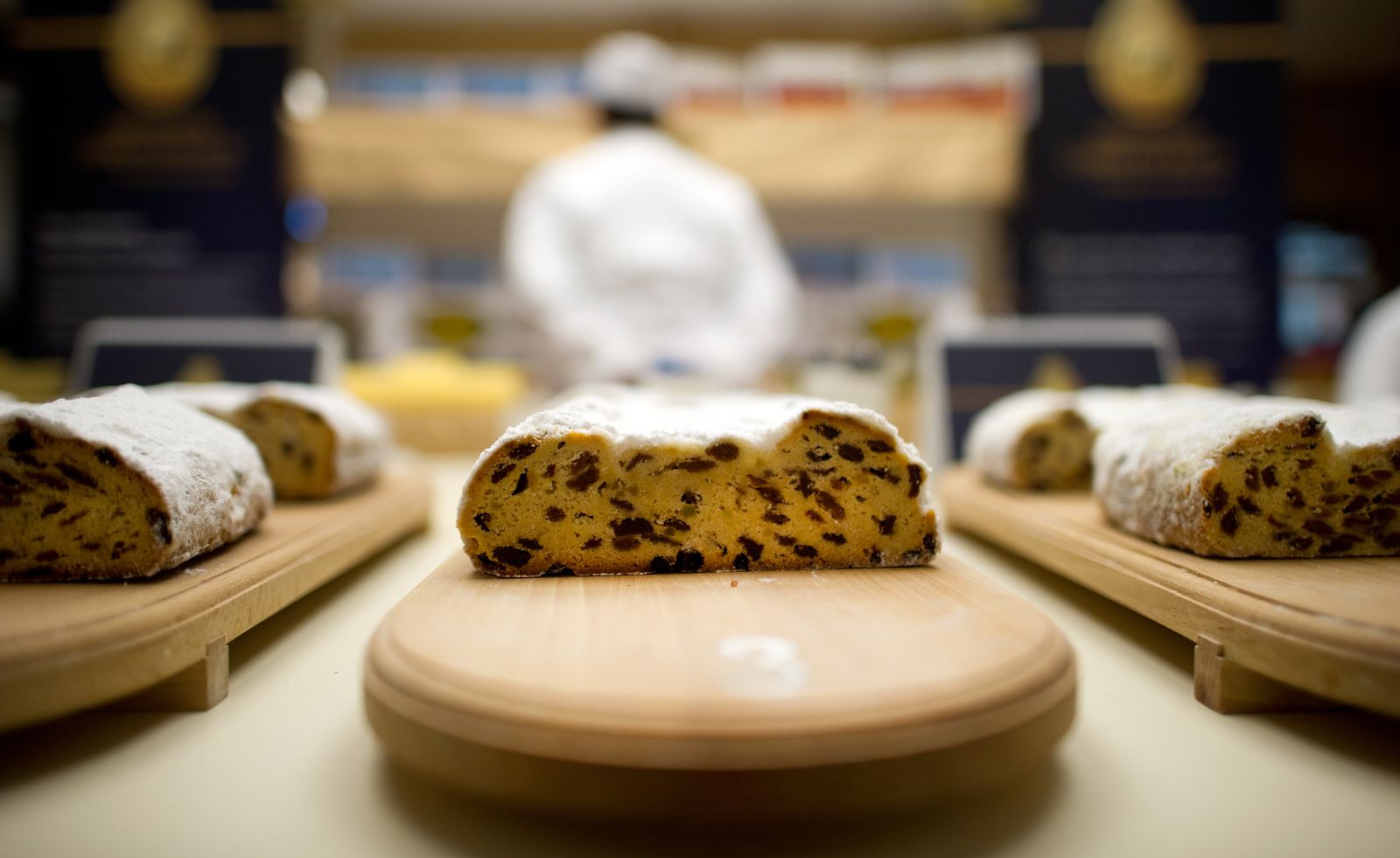 At the beginning of each holiday season, a jury tests regional Stollen in Dresden.