They may only be a series and red and brown spots, but they still constitute one of the most important works of art ever made in Central Europe. The spots were discovered on stones in a cave in southern Germany, and are the oldest known signs of painting ever found in the region.

Archeologists discovered the four stones in the Hohle Fels cave near the town of Schelklingen near the southern German city of Ulm. They are around 15,000 years old, according to Tübingen University archeologist Nicholas Conard, and are the first evidence that humans were already painting in Central Europe by the late Paleolithic Age.

"These spots are anything but accidental. It is quite clear they have relevant content," said Conard. They might have a religious significance, or they might be a form of ice age menstruation calendar -- one point for each day. "But ultimately, you have to be humble and admit, we just don't know," Conard added.

When Conard's archeology team made their discovery at the Hohle Fels site in the early summer of 2009, they had not been expecting to find anything because they were working in comparably young layers of sediment created at the end of the last ice age rather than the older, deeper layers where other artifacts had been found. Nothing had ever been uncovered from this particular era in the numerous caves dotted around the Swabian Alps.

Then one student noticed a strange stone lying amongst the sediment. "This stone was so dirty that at first you didn't see anything," Conard recalled. It was only when the stone was washed that it became clear one side had been painted.

The color of the dots was made from a mixture of hematite and red hematite which was then mixed with calciferous drops of water from the caves, according to excavation technician Maria Malina. Because the team could at first not figure out how the dots had been painted on, they tried it themselves. With a brush, the edges were too frayed; with a finger, the spots were not all the same size. Eventually, they made a stamp out of a hazel tree branch -- and this time their spots were just like the Stone Age originals.

It's not the first time that the Hohle Fels has been in the headlines in recent years. The cave has been the site of a number of important archeological ice age finds, including what is believed to be the oldest human depiction ever found, a 40,000-year-old ivory carving of a woman dubbed the 'Venus of the Fels Cave', which was likewise discovered by Conard.

The stones will be put on display at a special exhibition at the university's museum starting this Thursday. 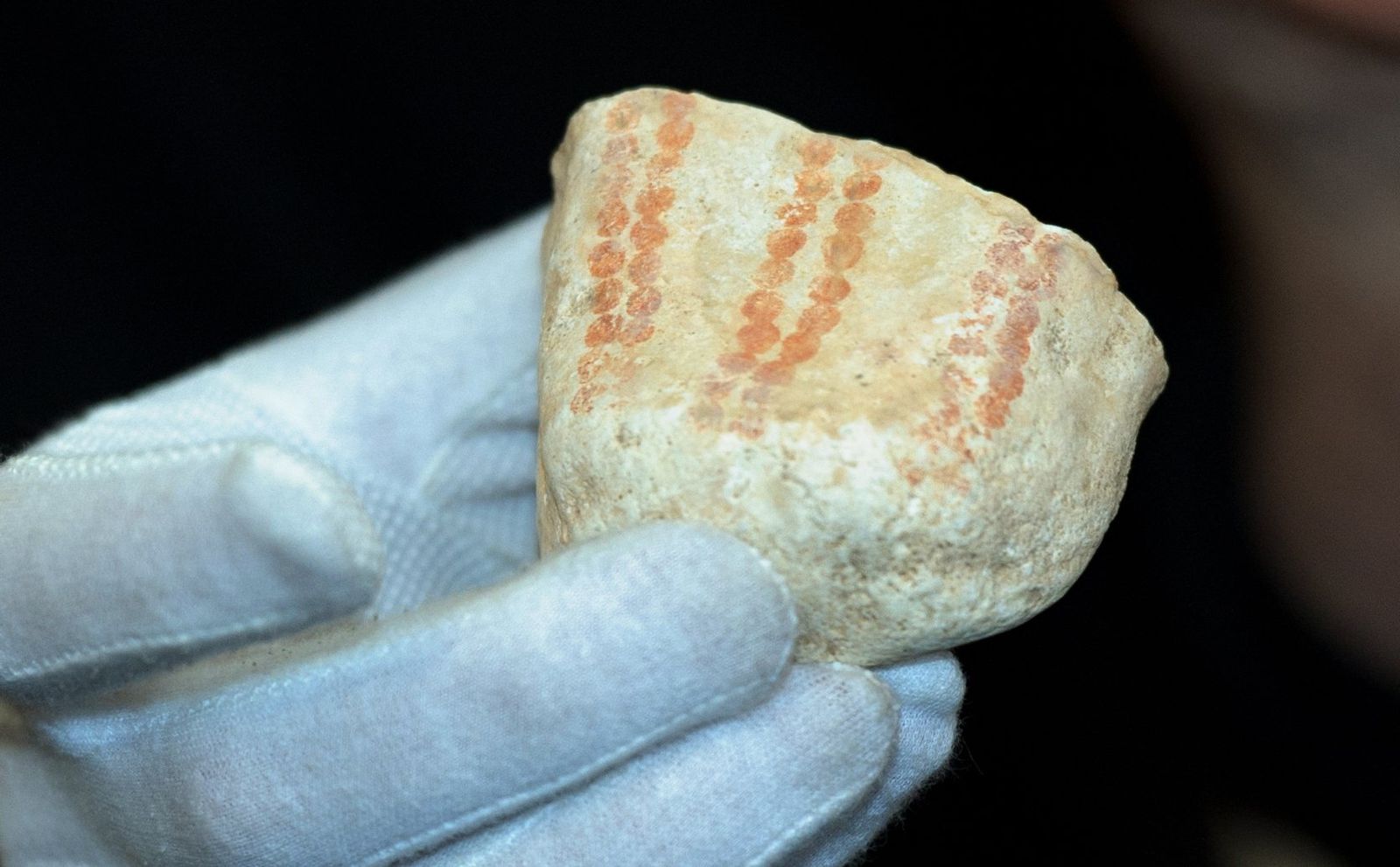 One of the painted stones: "These spots are anything but accidental."