The Bavarian sister party to Angela Merkel's Christian Democratic Union (CDU) has come out with stinging criticism of the chancellor following a lackluster performance in Sunday's only television debate in the run-up to Germany's Sept. 27 election, with the media dismissing her "valium campaign."

Discontent in the Christian Social Union (CSU), the CDU's Bavarian sister party, is growing over Merkel. They say Merkel needs to take a stronger stance with her economic policies -- and they want to promote a 100-day program to spur economic growth and job creation. CSU officials are concerned that a bump created for the center-left Social Democratic Party (according to the latest poll, the SPD has risen by three points to 24 percent) could spell bad news for the conservatives and jeopardize Merkel's stated aim of forging a new government with the business-friendly Free Democratic Party.

At the federal level, the CDU and the CSU govern together as the so-called "Union" conservative bloc, with the CSU traditionally holding a few cabinet seats in the government. Currently, the parties are in an artificial marriage in a grand coalition in Berlin with the center-left SPD -- the Union's arch enemy in normal times. Merkel, the CDU and CSU have all said they would prefer to govern with the FDP after Germans go to the polls in less than two weeks. According to a poll released by German pollster Forsa on Wednesday, though, the FDP has lost two points and is hovering at 12 percent, leaving the CDU, CSU and FDP with 49 percent of total votes.

With a large number of undecided voters, that is cause for concern for officials in the CSU and the CDU.

This week, a pair of state governors from the CDU who wield significant power at the national level -- Roland Koch of Hesse and Christian Wullf of Lower Saxony -- are internally calling for the party to focus the campaign on the dangers of a so-called red-red-green coalition. The pairing doesn't currently have enough votes in polls, but if swing voters shifted to the SPD, it could plausibly form a government with the Greens and the far-left Left Party. SPD chancellor candidate Frank-Walter Steinmeier, also Germany's foreign minister and deputy chancellor, has said his party wouldn't go into a coalition with the Left Party at the national level, but it already has or plans to in handful of states. The Left Party is controversial in Germany, because it was created with the merger in 2007 of western Germany's WASG and eastern Germany's Party of Democratic Socialism, the successor to East Germany's Communists. Conservatives are warning that the SPD, if desperate enough, could align with the party in a bid to remain in government.

Sunday's debate between Merkel and Steinmeier -- which many described as being more duet than duel, as debates are called here -- didn't help any. One leading CSU official, who would not be quoted by name, told the Süddeutsche Zeitung newspaper that he got the impression from Sunday's performance that Merkel would prefer to continue governing with the SPD and Steinmeier. Merkel pleaded with voters to choose a CDU-CSU-FDP government, but most analysts felt she did a pretty poor job of selling that political constellation.

This week, the CSU had hoped to make up for that, presenting a 100-day economic action plan with which it sought to underscore how the conservatives, together with the FDP, could do a better job than the SPD at increasing economic growth and creating jobs to pull Germany out of the economic crisis. But the CDU is instead preferring to focus on tax cuts -- and is expected to present its plan on Thursday. "We can't change our tack two weeks before the election," one unnamed member of the CDU's executive committee told the newspaper. The issue demonstrates yet another split between the CSU and the CDU less than two weeks before the election.

But the CSU itself has done more in recent days to campaign against a Union-FDP coalition. Seehofer has repeatedly emphasized differences in policies between the conservatives and the laissez-faire FDP, even going so far as to warn of the possibility of a neoliberal streak if the party is part of the next government. "We already know full well what cannot be allowed to happen in a government with the FDP," a member of the CSU leadership told the Süddeutsche. "It's still not clear what positives would come out of such a government. Now we urgently need to explain what they are, and in crystal clear terms." CSU leader Seehofer added that issues needed to be addressed more deeply in order to create a stronger argument for voters for a government pairing the conservatives with the FDP.

According to a report in Cologne's Kölner Stadt-Anzeiger newspaper, SPD candidate Steinmeier is gaining points on Merkel in both competency and sympathy among voters. Pollster Omniquest found that the day after the TV debate, 51 percent said they felt Steinmeier was competent for dealing with economic issues -- close to eight points higher than his showing the previous month. But 60.8 percent still said they trusted Merkel on the economy.

Paving the Way for a "Traffic Light" Coalition?

Meanwhile, senior SPD officials have been floating the idea of a so-called traffic light coalition together with the FDP and the Greens. "In areas like education, domestic and foreign policy, human rights and privacy protection we could make progress with the FDP," SPD party chief Franz Müntefering told the Augsburger Allgemeine newspaper. "One or two percentage points here or there and the conservatives and FDP will have no majority. Then the door would be opened to the Chancellery for Frank-Walter Steinmeier." 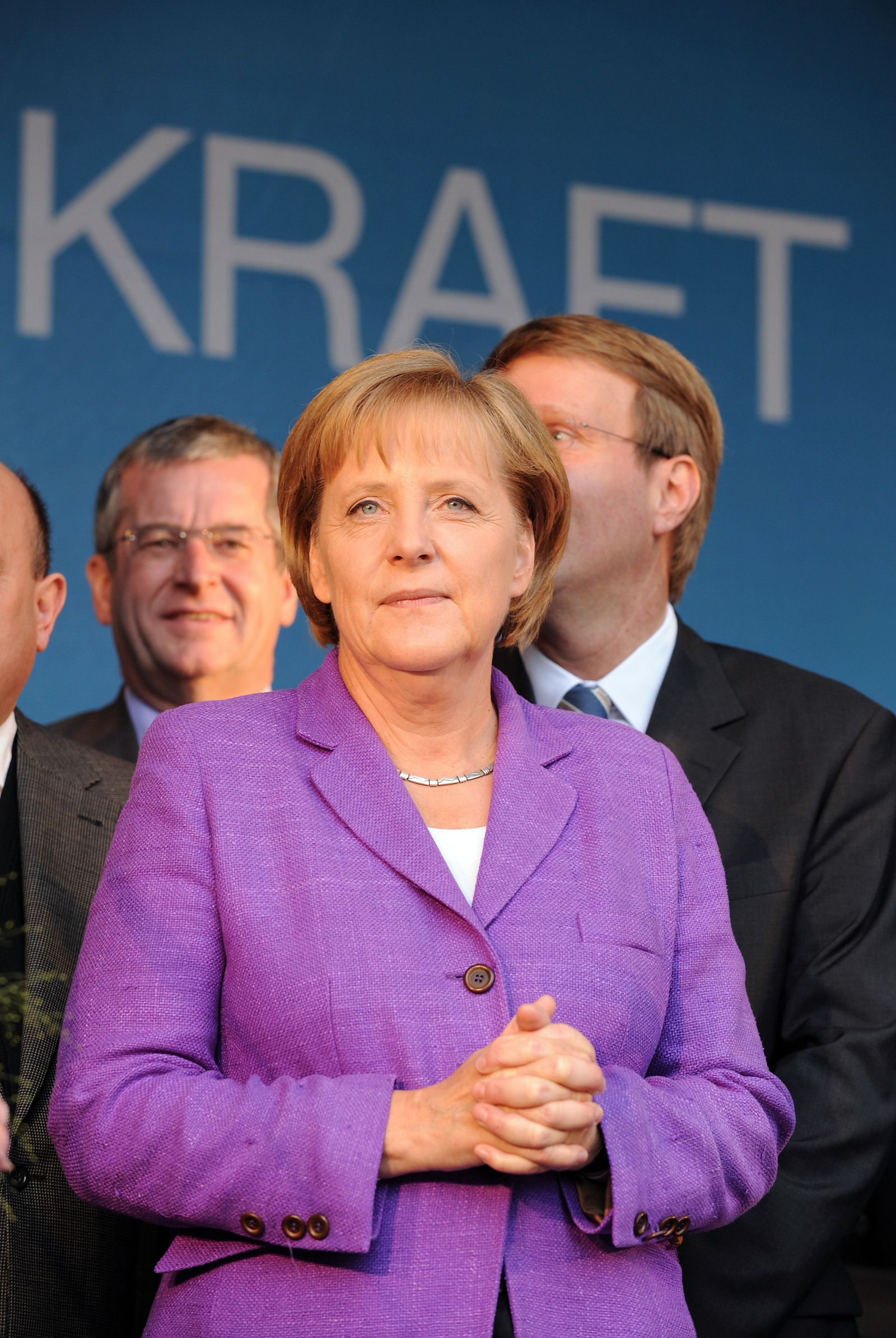 The current election has been so tame in Germany, that some are comparing it to a campagin on valium.