German Chancellor Angela Merkel recently announced that this will be an "autumn of decisions." Merkel's policies will be clear, and her government will be getting down to business after a year of regional elections and coalition in-fighting.

Part of this new line includes the chancellor's support for the "Stuttgart 21" project in the capital of the state of Baden-Württemberg, where officials are spending billions in state and federal government money to convert the city's terminus train station into an underground through station as well as connecting it with a high-speed rail link to Ulm. For Merkel, the project is a symbol of Germany's "future viability." With the project, Stuttgart is supposed to get connected to the European Union's "Magistrale for Europe" project, which envisions a high-speed railway line that stretches from Paris to Bratislava, Slovakia. Merkel doesn't want to see any wavering or hesitation. 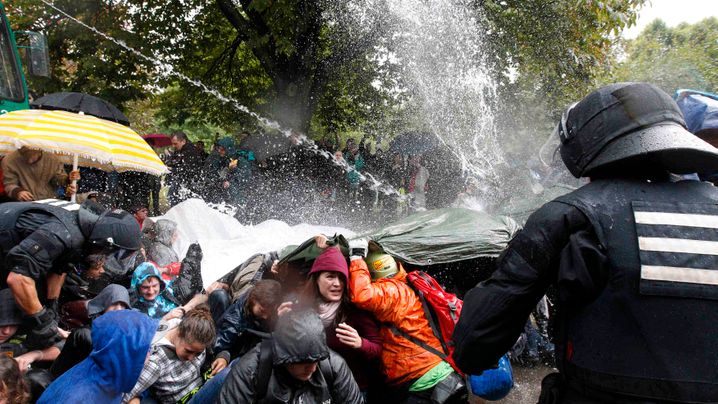 But now her autumn of decision has become a season of water cannons. Merkel's party, the conservative Christian Democratic Union (CDU), also governs in the state of Baden-Württemberg. Now it is under the leadership of her party that the truncheons are flying and the pepper spray is being sprayed. Whether she wants it or not, Merkel is also responsible for this development.

Yes, she has attempted to deescalate the situation. She says she hopes the injured will recover well. But she hasn't said that the police's harsh deployment of water cannons and pepper spray against the protesters was a disproportionate response.

A New Merkel, with New Risks

And that is a new approach for the chancellor, who seems to have departed from her old style. The old Angela Merkel was the perfect embodiment of a cozy political style. She paid very close attention to images: Merkel in an anorak in front of an iceberg to highlight the dangers of global warming, Merkel smiling with Obama, Merkel waving on the deck of a boat. Behind each picture was her calculation that, in the new media-driven world, you must please everyone. One shouldn't offend anyone -- that should be left to others.

It worked, but only to a certain extent. During the first year of her government coalition with the business friendly Free Democratic Party (FDP) and the CDU's Bavarian sister party, the Christian Social Union, Merkel let things slide -- the people, the media and the political leadership. But now Merkel is leading -- and the water cannons are being fired up.

Now Merkel will be connected to other images: those of crying mothers and children, distraught teenagers with bumps on their heads from police cudgels, and trees being chopped down as part of Stuttgart 21's construction. The underlying message: The new Merkel is no longer trying to please everyone -- now she's prepared to take a firm stance. But the scope of the risk of Merkel's new approach is also apparent: If unpopular decisions are made, the situation can escalate and, in the end, the clubs might start flying.

Decisiveness is a good thing. In Stuttgart, however, the CDU is overdoing it. The talk might be of de-escalation but the facts speak of polarization. A mark of polarization is when there is always one section of the public that agrees with the policies of those doing the polarizing. But who is supposed to approve of this kind of brute-force politics? Merkel certainly won't. She will long have calculated that the mega-project in Stuttgart could end up also being extremely expensive for her politically. That spoils the fun.

And the vast majority of center-right voters in Germany's southwest will hardly welcome this sort of police action. In the past, many would have been happy to see long-haired students get their knuckles rapped during environmental protests, believing it served them right. But in Stuttgart on Thursday, it was middle-class schoolchildren, grandparents and lecturers who were getting beaten up and dragged away by the forces of the state.

These are by no means far-left activists who are against everything. Rather they are, at least in part, potential CDU voters. The police operation in Stuttgart could come back to haunt Merkel and her party in the state election there next spring.

Politics is also about symbols, and water canons and cudgels are symbols. Of course the state should be allowed to use them. It has the monopoly on violence, after all. But they also represent an autocratic policy. They belong to the young democracy that was the Federal Republic 30 years ago. Back then, the state preferred to use confrontation rather than consensus. The nuclear debate led to a radicalization on both sides, with the opponents sticking to their entrenched positions, refusing to listen to the other side or to employ reasonable arguments.

Are things returning to the bad old days? Hopefully not. In a modern state, it should be possible to conduct politics without resorting to water cannon. If things continue to escalate, then Stuttgart 21 could become a rallying cry for all those who enjoy rioting. And that's not a happy prospect.

Merkel, the physicist of power, has launched a new experiment. In Stuttgart it threatens to spin out of control. 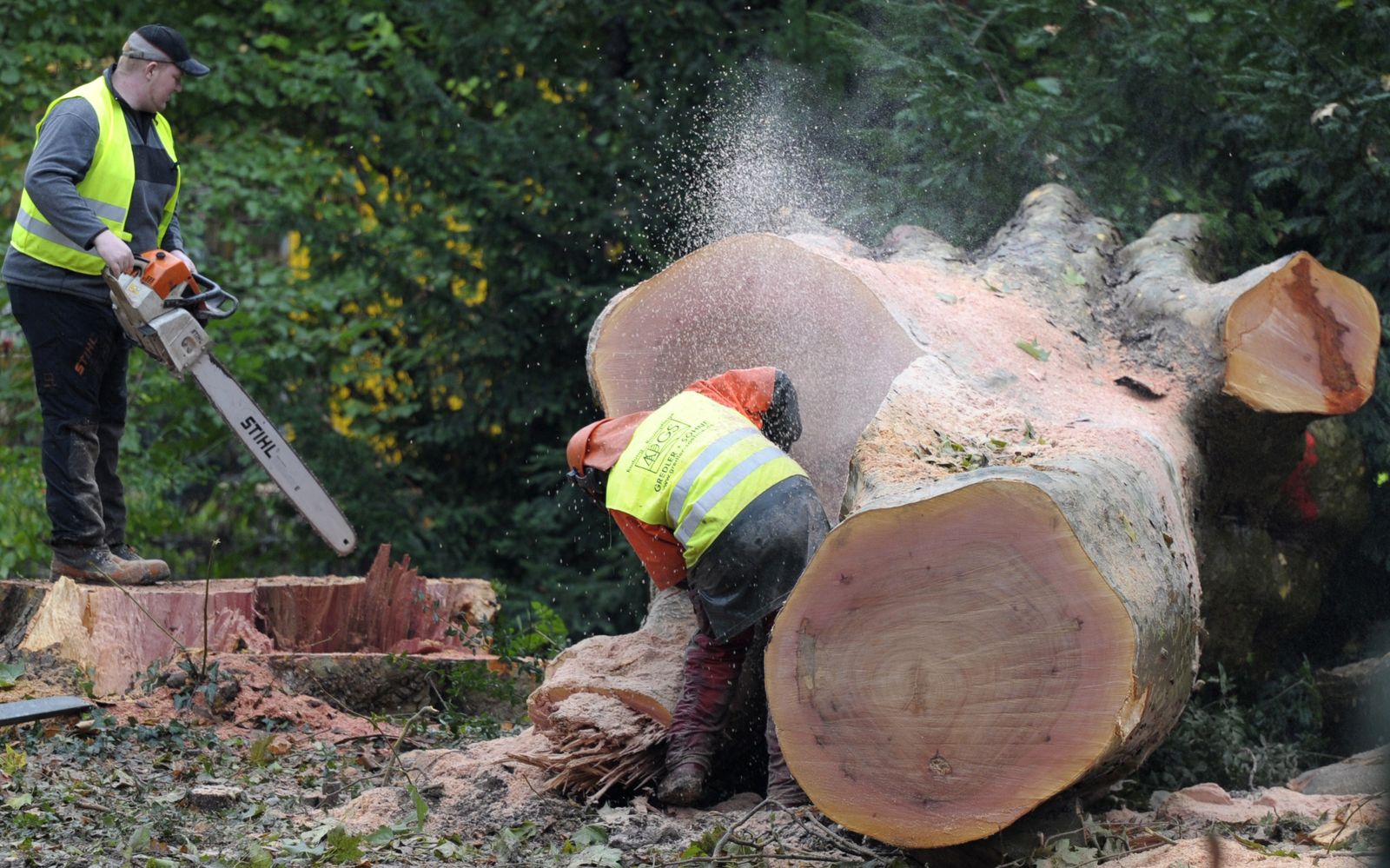