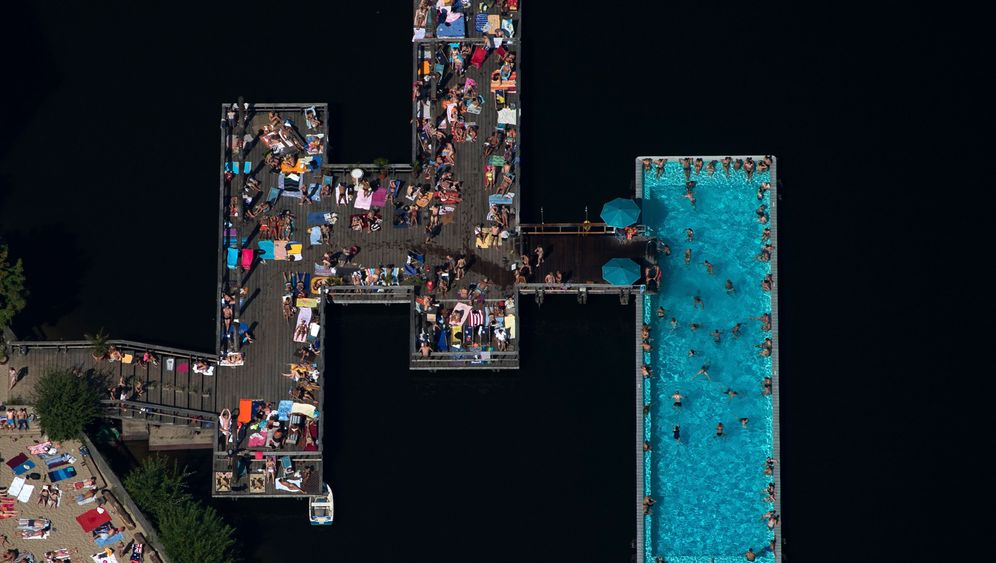 It wasn't so many weeks ago that most Germans were wondering what had happened to summer. Rain, dark clouds and wind dominated June and July to the point that the country's largest circulation newspaper Bild asked its readers to help find the sun. Even as southern Europe was sweltering amid an extended heat wave, the northern part of the continent was awash in precipitation and foul moods.

That would seem to have changed. Germany over the weekend saw high temperatures of over 39 degrees Celsius (102 degrees Fahrenheit) on Sunday, just shy of the hottest day ever recorded in the country back in 2003. Temperatures on Monday were only slightly lower.

The result, not surprisingly, was a mass emigration from city centers around the country to surrounding lakes as residents were finally able to dig out their swim trunks and sunscreen. Beaches in the north were jammed, beer gardens in Bavaria were filled to capacity and lines were long at the ice cream parlors.

Indeed, the only place where people didn't seem to be enjoying the sudden blast of Saharan heat was on the trains. As has become something of a tradition in Germany, the air conditioning failed on several trains in the country on Sunday, resulting in unbearable temperatures inside. Some two dozen trains were either cancelled or replaced due to malfunctioning air conditioning systems. Only a very small percentage of trains were affected, but the problem nevertheless recalled the epidemic of overheated trains which sent several people to the hospital in the summer of 2010.

For those who prefer cooler temperatures, relief is already in sight. Highs for the rest of the week are projected to be in the mid to low 20s. In southern Europe, meanwhile, summer is set to last a while longer.