Left Party leader Oskar Lafontaine only managed to utter four words before the crowd of supporters drowned him out in cheers: "Yes, good evening everyone." The 65-year-old politician was just greeting the crowd, but in fact he was giving them a lot more -- an unprecedented election victory that many even in his own party didn't even believe could happen.

The left-wing party scored 21.3 percent of the vote in elections for the state parliament in Saarland on Sunday -- a result that was 10 times greater than that achieved by the party's predecessor, the Party of Democratic Socialism (PDS), in the state during the last election in 2004. In 2007, the Left Party was created through the merger of the western German WASG party and the eastern German PDS, the successor party to East Germany's Communists.

The party's 2004 result wasn't taken seriously by anyone. But on Sunday, the party rocketed up by 19 points -- an astonishing gain that makes the Left Party the third-strongest force in Saarland after the conservative Christian Democratic Union (CDU) and the center-left Social Democrats (SPD). For the first time, the party has the opportunity to be part of a government in a western German state.

It was Oskar Lafontaine who delivered that success and he was feted by supporters Sunday. "Oskar, Oskar, Oskar," they called out, waving red party flags as the Queen song "We Are the Champions" played through the PA. There was no need on Sunday night for Lafontaine to rail against his political competition, against parties he accuses of neglecting the unemployed and cutting their social welfare benefits. Instead he spoke of an "unprecedented victory in the history of German political parties."

Lafontaine now wants to steer his party into a role in the state's next government. "The Left Party is the actual election winner," he said. He added that the victory would create momentum for the party in the campaign ahead of national elections for the federal parliament, which take place in less than a month's time on Sept. 27. Polls suggest incumbent Chancellor Angela Merkel's CDU stands a good chance of governing together with its preferred coalition partner, the business-friendly Free Democratic Party (FDP). But Lafontaine said voters are still undecided, even if Merkel and FDP party boss Guido Westerwelle are already bickering over potential cabinet posts.

Lafontaine had been hoping to secure enough votes so that his party could govern in Saarland together with the Social Democrats in a red-red coalition, so named for the parties' official colors, with the Left Party politician leading as governor. It would have been the first time a red-red government had been established in a western state and it could serve as a model for a federal government. However Lafontaine is unpopular within the SPD because of his renegade status -- he was SPD chairman before bolting the party to start his own -- and the Left Party's ties to the former East German Communists. In the end, though, the SPD scored more votes than the Left Party -- and with 5.9 percent, the Greens also managed, though just barely, to remain in the state parliament. (In Germany, parties have to clear the 5 percent hurdle in order to be assured a seat in state and federal parliaments.)

All Eyes Are on the Greens

Lafontaine had hoped to attract enough votes to drive the Greens out of the state parliament. Hinting at the possibility of a three-way coalition between the conservative CDU and FDP and the Greens, the Left Party printed campaign posters suggesting that those who voted Green might find the CDU coming back to haunt them. The Greens struck back with a caricature that depicted Lafontaine as the Napoleon of Saarland and a slogan calling him a liar and comparing him to Pinocchio. The Greens' party boss in the state, Hubert Ulrich, claimed that the Left Party "would be incapable of governing due to the people running it."

But now the Left Party may have a chance. It all depends on the Green Party, which could play the role of kingmaker in the state -- and all of Germany is watching. The party will have to decide whether it wants a "red-red-green" coalition with the Left Party and the Social Democrats, with the SPD's leading candidate Heiko Maas as governor, or whether it wants to keep incumbent conservative Governor Peter Müller in office in a "Jamaica" coalition -- so named because the official colors of the CDU, FDP and Greens match those of the Jamaican flag. "We can shape the future," Ulrich said Sunday. But the 51-year-old hasn't yet said which parties the Greens would prefer to work with.

Instead, Ulrich seems to be enjoying the media spotlight. On Sunday night, he was giving short interviews to anyone who asked. And he always had the same message: "Wait and see!" Because of the overlap in policies, a coalition with the Left Party and the Social Democrats seems most feasible, but, as Ulrich told SPIEGEL ONLINE, the Greens will "first have to answer a few fundamental questions."

"There are problems with both coalition variations for very different reasons," Ulrich added. "The main problem with the Left Party is the people running it."

So there is reason for hope for the conservative Christian Democrats. The party already shares power with the Greens in the city-state of Hamburg, and differences over policy are sometimes easier to overcome than personality conflicts. Among the Greens' chief demands are an elimination of tuition fees at universities in the state as well as a moratorium on the construction of any new coal-fired power plants. Sources within the CDU and FDP said Sunday night that these were issues that wouldn't necessarily prevent them from governing together.

The Greens would also likely have more power in a coalition with the conservatives. If it joined forces with the SPD and Left Party, it would merely be the third left-wing party in the coalition. With the CDU and FDP, the Greens would be on a more equal footing.

Despite the CDU's loss of 13 percentage points and an absolute majority that Saarland Governor Peter Müller has maintained since 1999, the mood was positive at an election night party on Sunday. "The CDU will continue to fight. We want to continue to govern," Müller called out to supporters. He said the CDU would "talk to the FDP and with the Greens." After a short pause, he added, "with the SPD, too." The order of preference is clear.

State officials with the SPD were also full of hope at their election party. Ursula Theres, a longtime party veteran from Saarbrücken, said her party shared the Greens' views on education and that she hoped the two parties could change tuition policies by working together. Regarding the question of cooperating with the Left Party, she, like many of her party colleagues, struck a pragmatic tone. "At the end of the day, I still prefer the Left Party to the (far-right) NPD," she said. 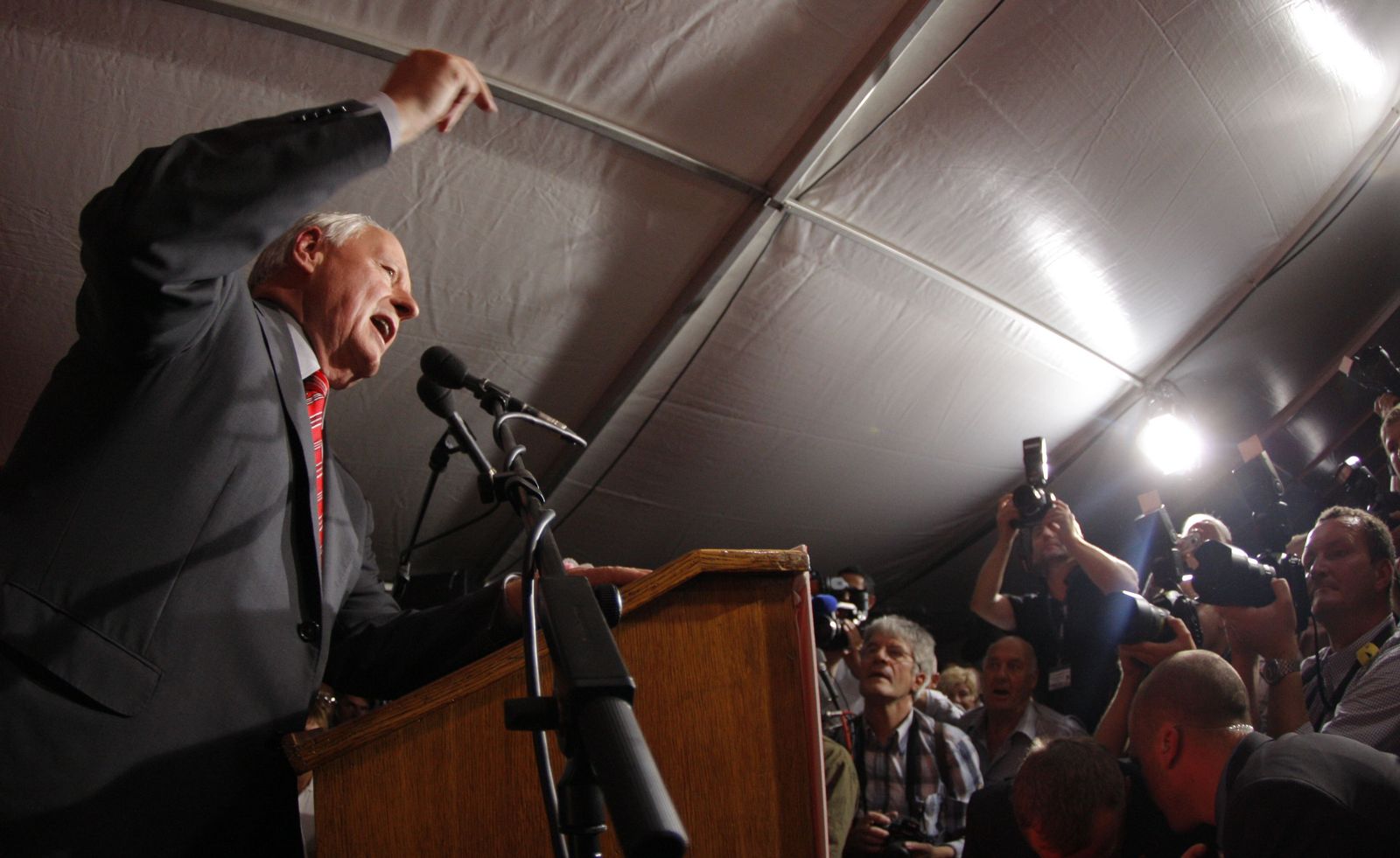