The crematorium employee in the western German town of Hamelin took a last look at the coffin before pushing it inside the furnace. This was the third coffin he had processed on the morning of January 13, and the body itself weighed over 200 kilograms (440 pounds). Of that, only two kilograms of ashes were supposed to remain after cremation. But, 15 minutes later, flames shot out of the crematorium's 10-meter-high (33-foot-high) stainless-steel chimney, and parts of it began to melt.

Unable to bring the fire under control, the employee called the fire department. Firemen determined that the smoking chimney was glowing at 600 degrees Celsius (1,100 degrees Fahrenheit). They cooled it from the side and used an infrared camera to track the spread of heat through the building. It took four hours to reduce the body in the furnace to ash.

Cremations in Germany are becoming more complicated owing to an increase in obesity. At the moment, around half of the country's deceased are cremated. Likewise, roughly 15 percent of Germans are obese, and the figures are climbing.

The funeral industry has adapted to these new conditions with plus-size coffins and crematorium furnaces outfitted with larger doors. But one problem remains: Due to their high fat content, obese bodies often burn so hot that they overtax crematorium facilities. The cause of the chimney fire in Hamelin appears to have been "extreme heat due to burning a high amount of fat," according to Carl Schmidt, the crematorium's manager.

No one knows exactly how often such things happen. But especially heavy bodies have long been considered one of the causes of spikes in pollution levels found during periodic inspections of crematorium exhaust emissions. The Bavarian Environment Agency has determined that crematoriums often exceed the permitted average level of carbon-monoxide emissions at the point when a wooden coffin collapses and the body inside ignites. In September 2009, for example, a 150-kilogram (330-pound) corpse overtaxed the crematorium in the southern German town of Kempten. The chimney grew so hot that it glowed and parts of its piping melted. The fire department arrived and tackled the chimney blaze with a powder extinguishing agent.

"Unforeseen fires happen at many crematoriums," says Jochen Sembdner, who constructs such facilities and conducts safety checks on them in the state of Lower Saxony. In such emergency situations, flaps behind the furnace open and the system goes into what's known as bypass mode. The furnace releases smoke -- together with all its dioxins and furans, mercury from dental fillings and other heavy metals and particulate matter -- directly into the outside air, bypassing the facility's gauges and filters. Crematorium operators say that the bypass mode is only used once or twice a year at any given crematorium. But that's not something that authorities check on.

This is an industry subject to tough competition, and the number of crematoriums in Germany is growing rapidly. In 2000, there were only around 100 public facilities. Today, there are 159 crematoriums -- around one-third of which are privately operated -- and more are in the planning stages. This increase comes despite the fact that there are already enough crematoriums to meet demand, according to Aeternitas, a consumer initiative that represents grieving families. This competition has caused cremation prices to drop to around €300 ($390). Only in southern Germany do investors see potential for further growth. Here, though, they have to face citizens' initiatives that use the issue of overweight corpses in arguing their cases.

Engineer Hubert Kerber is spearheading the protest against a new crematorium in Sinsheim-Reihen, a town in the southwestern German state of Baden-Württemberg. Kerber says facilities in bypass mode "spew pollutants." As an inspector with TÜV, a German safety-certification and technical inspection organization, Kerber has a chance to see many types of incinerators, including crematoriums. Having compared standards and maximum permissible limits, he believes that "every waste-incineration operation is more strictly regulated."

Firefighters responding to a fire at a crematorium in Hamburg in January 2008 even had to don protective breathing masks. The cremation of the body of an overweight man had led to a deflagration. The bypass flaps jammed and exhaust was unable to escape through the chimney. As a result, brownish smoke billowed through the building and the firefighters' instruments showed high levels of toxic carbon monoxide. The defective bypass valve was replaced immediately and the entire furnace system renovated, says the facility's manager.

To avoid spikes in pollution levels, a study by the Bavarian Environment Agency recommends placing coffins of particularly heavy corpses into the furnace "with the lid slightly open" and introducing "weight limits specific to each facility." This second point is to be introduced into the industry's guidelines this year with the goal of having manufacturers set weight limits for bodies that can be cremated in their furnaces.

However, that still leaves the issue of what will be done with the bodies of those exceeding such weight limits. Indeed, such measures could force people to scramble around in hearses in search of suitable cremation facilities. In France, for example, several crematoriums refused to accept the body of a 140-kilogram woman. The woman's daughter then wrote to the newspaper Le Parisien complaining of post-mortem discrimination against her mother. 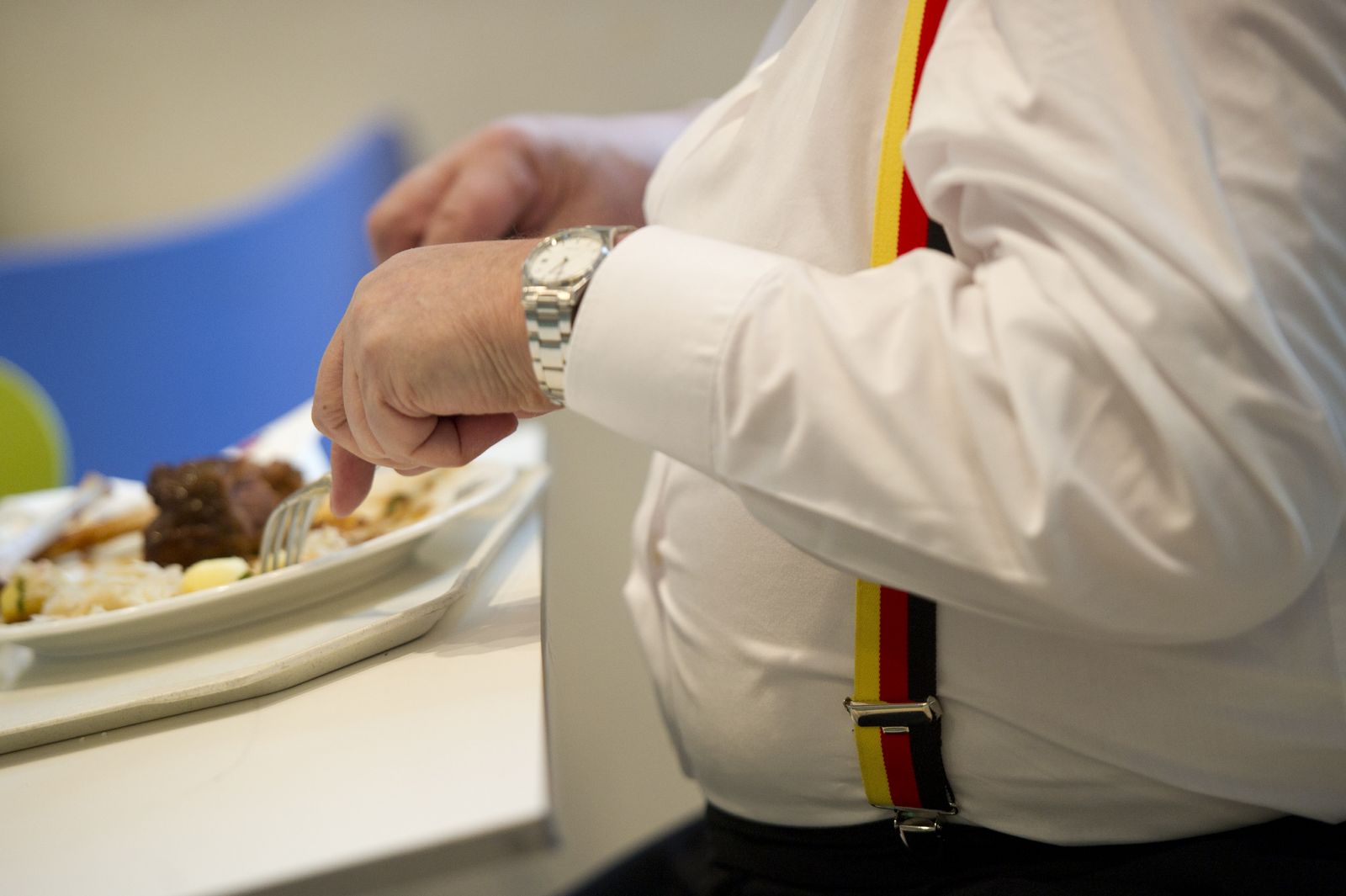