"Germany is the most admired country in the EU and its chancellor the most respected leader," a report releasing the poll's figures said. Germans "stand alone," as they view their recent economic experiences more positively than others and are more favorable to Europe.

"But contrary to their popular portrayal, the Germans do not differ markedly from other Europeans on policy issues. On many counts it is the Greeks who are themost isolated in Europe," the report said.

Germany was the only country in which most people -- 59 percent -- think their country has been helped by European integration. The most negative were the Greeks, with 70 percent saying EU integration had hurt them, followed by the French with 63 percent. Overall the rating was 34 percent.

Greece Sees Itself as Hardest Working

The survey, entitled "European Unity on the Rocks, Greeks and Germans at Polar Opposites," was conducted in eight EU nations and the United States and queried 9,108 people between March 17 and April 16. The EU countries included Britain, France, Germany, Spain, Italy, Greece, Poland and the Czech Republic.

Greek views of themselves and Germany diverged widely from its European neighbors, who all see Germany as the "most hard working" nation. Greece rated itself the hardest working.

"Greece is the polar opposite" of Germany, the report said, noting that Germany is not the only country that has issues with the southern European country. "None of its fellow EU members surveyed see it in a positive light," the authors wrote.

"The British, French and Germans judge the Greeks, Italians and Spanish to be the laziest people in Europe and among the most corrupt. However, Italians and Spaniards largely share this negative image of themselves and their southern counterparts," the report said.

Most EU countries surveyed did not give their own leaders good grades, but once again Germany was the exception, with both Germans and strong majorities of the others saying they thought Merkel was doing "a fine job." At home, 80 percent of Germans said Merkel "has done a good job as an economic manager."

Germany was also the only country surveyed in which more than half (53 percent) said they are satisfied with the country's direction. Once again the Greeks differed from other EU countries surveyed, with only 14 percent giving Merkel a good grade.

Of the five euro-zone member states surveyed (France, Germany, Spain, Italy and Greece), a median of only 37 percent sees the common currency as a good thing, while those countries outside the euro zone are happy they didn't join, including nearly three-quarters of the British (73 percent). Similarly most -- including the Germans -- do not have a favorable view of the European Central Bank, with only 39 percent having a positive view of the ECB.

Except for Germany, support for a free market is declining, down 20 percent between 2007 and 2012 in Spain and 23 percent in Italy, though relatively unchanged in the United States with a 3 percent decline. Support for free markets rose in Germany by 4 percent.

No Blame for the US

Despite all this, the report showed that Europeans are reluctant to relinquish symbols of a united Europe. More than half of those surveyed in the five euro-zone member states -- including 71 percent of the Greeks, 69 percent of the French and 66 percent of the Germans -- would like to keep the euro as their currency.

Europeans are divided over who to blame for the crisis. The Greeks, Italians, Poles and Czechs blame their own governments. The French and Spanish blame banks and other major financial institutions. The British and Germans blame both.

"Notably, Europeans do not blame the United States," the report said. 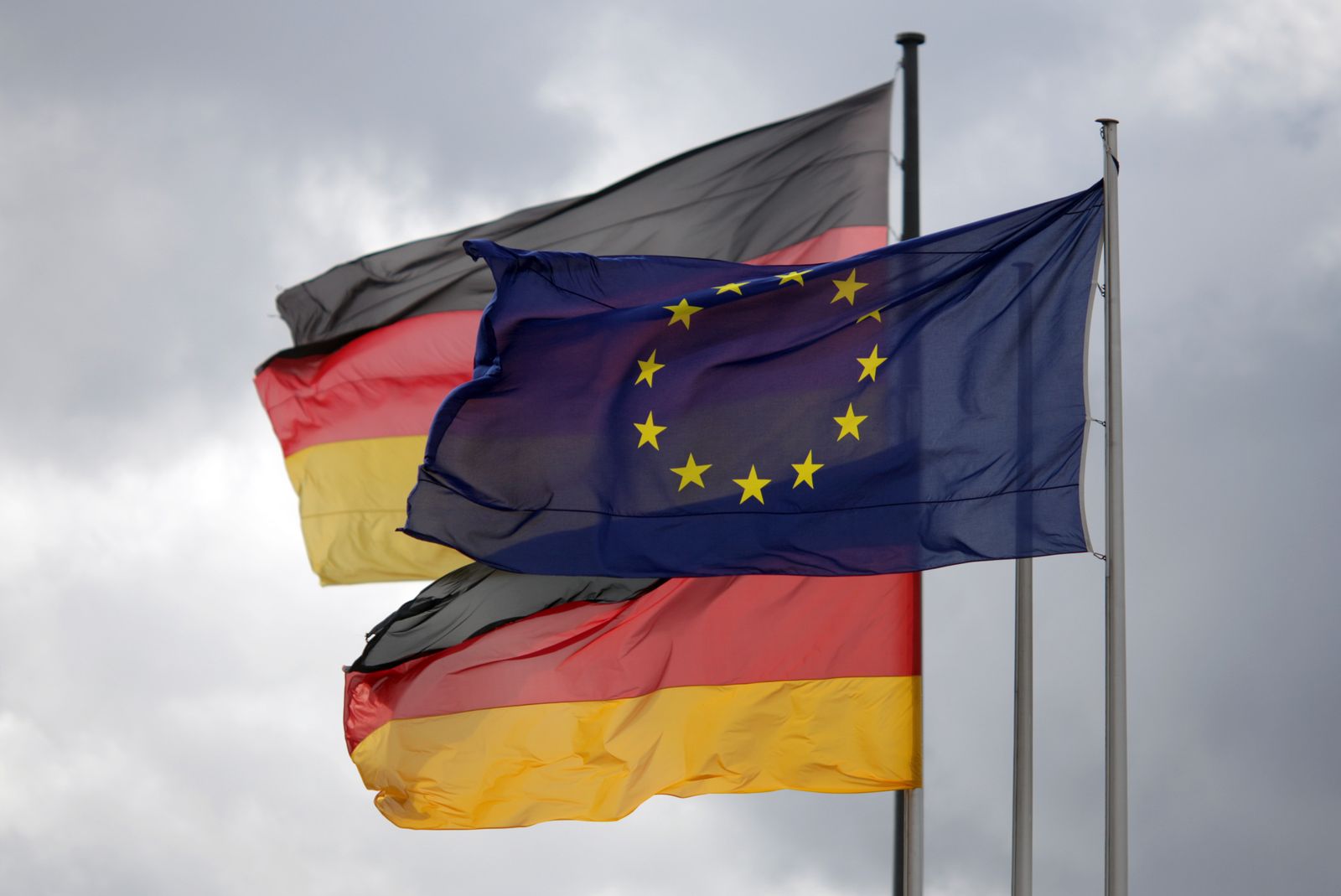