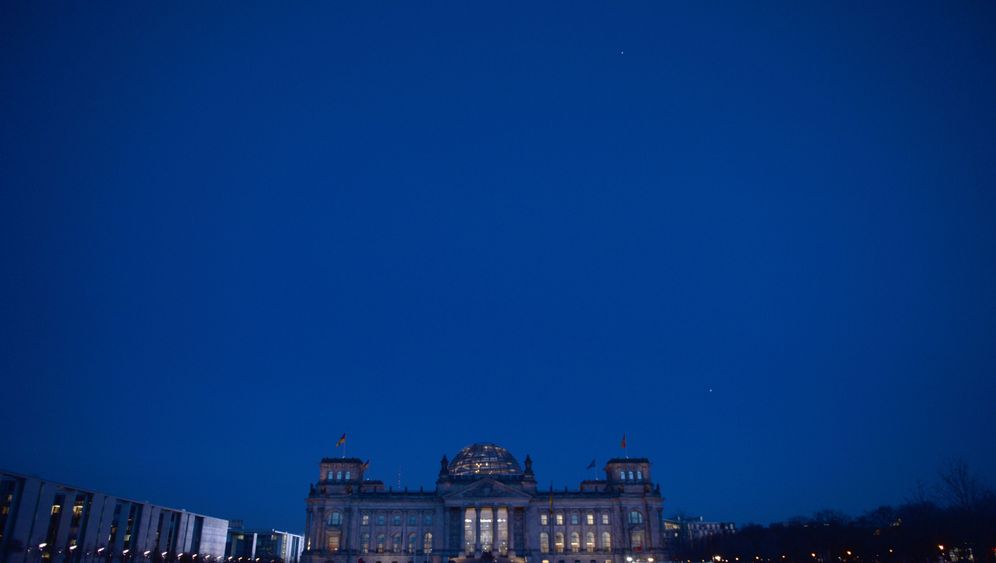 It was a difficult start to Chancellor Angela Merkel's third term. Coalition negotiations with the Social Democrats (SPD) following last fall's election proved challenging, with several weeks going by before Merkel's conservatives were finally able to come to terms with their center-left partners. And then the chancellor cracked her pelvis on a ski trip over New Year's.

Still, as 2014 began, the chancellor -- and the country at large -- was optimistic that the business of actually running the country could finally take center stage. Reimagining German foreign policy, introducing dual citizenship, fixing the problems with the country's turn toward renewable energies: There is plenty to do.

Now, though, the back burner is suddenly full. Over the weekend, Merkel was forced into an unwanted cabinet shuffle and her government is quickly sinking into a morass of mistrust, suspicion and backbiting. An investigation into recently resigned SPD parliamentarian Sebastian Edathy on suspicions that he possesses child pornography has reached the highest levels in Berlin -- and it is driving a wedge between Merkel's coalition partners.

On Tuesday evening, leaders from Merkel's Christian Democratic Union, the Christian Social Union (the Bavarian sister party to the CDU) and the SPD are to gather in Berlin in an effort to pick up the pieces. It won't be easy. Prosecutors in Berlin announced on Tuesday that they were opening a preliminary investigation into the minister who resigned, Hans-Peter Friedrich of the CSU, for revealing confidential information regarding the Edathy investigation while he was interior minister last year. The man who made his indiscretion public, Thomas Oppermann, is the SPD's floor leader in parliament. Accusations of duplicity are flying.

The trigger for the meltdown, Edathy, 44, was seen as one of the SPD's rising stars. The son of an Indian father and a German mother, Edathy was a renowned workhorse, often turning down social engagements so that he could put in a few more hours in the office. He made a name for himself recently with his competent chairmanship of the parliamentary inquiry into the NSU neo-Nazi terror cell. Indeed, this fall he was expecting to land a state secretary position or even a cabinet posting.

The call never came. Several years ago, in the course of a child-pornography investigation, Romanian police came across the name of Azov Films, a company based in Toronto that had apparently been purchasing videos from a supplier in Romania. In 2011, Canadian authorities raided the company and the ensuing investigation, known as Operation Spade, ultimately turned up 45 terabytes of data including information on Azov Films customer base. Among the names of those who had ordered from the company was one Sebastian Edathy from Germany.

German authorities at the Federal Criminal Police Office (BKA) were informed late last summer, including detailed information regarding what Edathy had apparently ordered from the company. The SPD politician is alleged to have bought a total of 31 photo sets and videos. The products allegedly show mostly naked boys aged nine to 14, but no sexual activities. The BKA initially determined that the material was not prosecutable.

Still, investigators know from experience that consumers of the kind of films purchased by Edathy often have more explicit material in their possession. As such, his file was forwarded on to the public prosecutors' office in his home city of Hannover.

The timing, from Merkel's perspective, could not have been worse. Just as Edathy's file was making its way to Hannover, she was in the early stages of coalition negotiations with the SPD. It was a concern for Friedrich as well. In Merkel's last government, he was the interior minister and had been informed by the BKA after last September's general election of the Edathy investigation. He realized that if word of the investigation were to get out, the SPD would suspect Merkel's conservatives of planting the story to gain a leg up in the talks. To preclude such questions, he took aside SPD head Sigmar Gabriel during an early round of talks on Oct. 4 and told him that his party's rising star could be in trouble.

The move was not good for Edathy's career. It was the reason that the SPD leadership never turned to him with a senior position in the new government. As it turns out, though, the step proved just as damaging to Friedrich's own career. Passing along details of an ongoing investigation is a no-no. And on Friday, he was forced out of Merkel's new cabinet as a result, paving the way for Christian Schmidt, also of the CSU, to take over the agricultural portfolio.

Friedrich's slip-up came to light last week in a statement released by Oppermann, in which the SPD floor leader wrote that Gabriel informed him and Frank-Walter Steinmeier, foreign minister in Merkel's new government, of the problems facing Edathy. Though Oppermann has since claimed that he cleared the statement with Friedrich before releasing it, Friedrich has denied elements of the statement. He has, however, confirmed that he informed Gabriel. On Tuesday morning, he told German public broadcaster ZDF that "it was my duty to do so. I can't understand how anyone could see it differently."

It is difficult to overstate the degree to which the incident has weakened Merkel's coalition. Many conservatives believe that Oppermann knew that his statement could cost Friedrich his job. The SPD floor leader also called the BKA to confirm the investigation into Edathy, thus giving the impression that he was meddling with the judiciary and opening him up to accusations that he sacrificed Friedrich so as to deflect attention from himself. Trust between the two coalition partners, in short, has evaporated completely.

Meanwhile, the SPD has a problem all of its own. The party has distanced itself from Edathy, even taking initial steps to throw him out of the party. "Irrespective," Gabriel emphasized in a statement on Tuesday, of whether the material in Edathy's possession was illegal under Germany's child pornography laws, the party is "horrified and stunned by these actions and by the behavior of Sebastian Edathy."

And yet, many suspect that Edathy knew that investigators were on his heels well before they finally raided his home and office on Feb. 10. SPIEGEL this week reported that Edathy's lawyer had been calling around in the weeks prior to the raid in an effort to determine the status of the investigation. On Monday, Lower Saxony's former interior minister, Heiner Bartling, said in an interview that Edathy himself had told him that an informant had tipped him off. Who the informant was remains a central question in the ongoing affair. Nobody has yet explicitly blamed anyone within the SPD for being the leak, but the fact that it can't be ruled out is not helping matters.

Edathy himself denied having knowledge of the investigation in an interview with SPIEGEL. But when investigators arrived in his apartment, they found plastic splinters that experts believe to be the remains of a destroyed hard drive. Edathy says the remains come from a hard drive he destroyed containing confidential documents relating to the NSU investigation. Yet authorities also found confidential papers in his possession, leading them to doubt his claim. They also believe that Edathy destroyed the hard drive shortly before their arrival.

In addition, Edathy last week registered his work computer, issued to him by German parliament, as having been stolen.

Still, despite the standstill to which the Edathy affair has brought Merkel's government, there are at least some politicians this week who are focused on legislation. Several have demanded that the sale of images of naked children -- of the type Edathy is thought to have purchased -- be banned. "The Edathy case clearly shows that there is a legal loophole," Johannes-Wilhelm Rörig, the German government's commissioner for child abuse issues, told the daily Die Welt this week. It is, he added, a loophole that needed to be closed. "When images of children are created to satisfy the sexual interests of adults, this must be made punishable by law."