German officials say it is still too early to determine whether a suspicious piece of baggage found in a loading area prior to a flight from Namibia to Munich contained a bomb or not. Earlier on Thursday, German news agencies reported the discovery of the luggage, which may have been intended for an Air Berlin flight carrying holidaymakers from the Namibian capital Windhoek to Munich.

Germany's Federal Criminal Police Office (BKA) has dispatched a South Africa-based investigator to neighboring Namibia, and other experts are also being sent to investigate a suspicious suitcase that was discovered in the luggage area during the loading of an Air Berlin flight to Munich. According to information obtained by SPIEGEL ONLINE, security personnel at the Hosea Kutako Airport in Windhoek located the suspicious package and then searched it.

German Interior Minister Thomas de Maizière praised security officials in Namibia. "The inspections worked in any case," the politician told reporters. "I can neither confirm that there was a detonating mechanism nor that it was capable of functioning," he added.

The interior minister said there was evidence to suggest that the "luggage was intended to be transported in a jet that was supposed to fly to Munich." He said more specific details would be made public once reliable information is available from investigators. BKA officials are currently investigating the luggage. Meanwhile, officials in Windhoek also said it was too early to determine whether it had been a bomb, according to news wires. De Maizière said that international terrorists "want to spread fear and terror in our country. We're not going to let them do that."

The news of the suspicious package comes one day after de Maizière warned of a concrete threat that terrorists may be planning to attack Germany before the end of November. On Thursday, he called on people to continue with their day-to-day lives, undeterred by the threat. He said federal and state authorities had all agreed on the assessment of the threat situation and that all necessary public and non-public measures had been taken.

In their statement on Thursday, BKA officials said that Namibian police had found a piece of luggage containing a detonating mechanism during the loading of an Air Berlin aircraft. It also contained batteries that were connected to the detonator as well as a ticking clock. A spokeswoman for Air Berlin said the piece of luggage had not been intended for a flight to Germany because it didn't contain a sticker with a destination.

Reuters has reported that the baggage had a sticker containing the word "test" on it, but a spokeswoman at the airport said she was unaware of any test of security measures. Meanwhile, SPIEGEL ONLINE has also obtained information suggesting that it may have been a device used to test security measures.

Officials in Germany said it could take days before it is determined whether the luggage contained a bomb and whether it had been intended for the Air Berlin plane.

'It Was Very Scary'

For the passengers on the flight, the additional scrutiny led to a considerable delay before they could depart for Germany. First, they had to disembark the plane, identify their baggage and then go through an additional security check. Bomb-sniffing dogs were also deployed to inspect the airport and the plane -- apparently without finding anything.

"It was very scary," one passenger from the German city of Münster told the Borkener Zeitung newspaper. "But we just wanted to get home."

According to officials at the Munich international airport, the flight was originally supposed to land in Germany at 5:35 p.m. on Wednesday, but its arrival was delayed until 12:25 a.m. on Thursday because the crew had to be exchanged due to flight rules, necessitating a stopover in Djerba in northern Africa. After arriving in Munich, passengers were questioned about the incident by German police.

A spokesman for the airport said most of the passengers appeared to be Germans who had been on vacation. He added that the incident would not lead to any further escalation in security measures at the Munich airport, which is the second most important in Germany for international flights.

The airport official said Munich had already increased its security measures following Wednesday's warning from Interior Minister de Maizière about a concrete terror threat in Germany. Since then, the spokesman said, "officials with machine guns and bulletproof vests" had become a more regular sight at the airport. 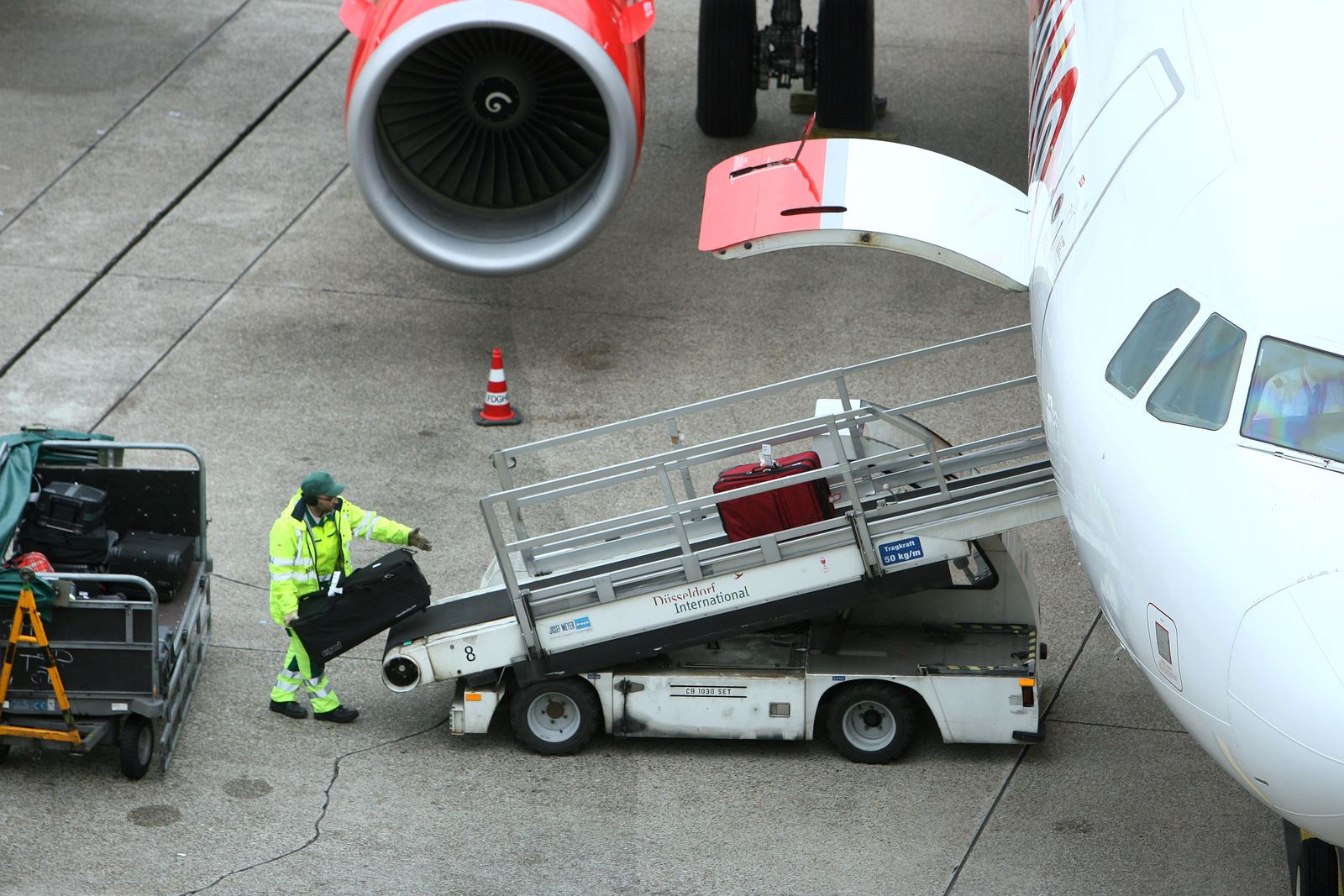 Workers at the Düsseldorf Airport load baggage onto an Air Berlin plane.