In 2002, Social Democrat Gerhard Schröder, one of the best campaigners Germany has produced, won a dramatic come-from-behind election victory by categorically ruling out any German involvement in the looming Iraq war, snubbing America with less-than-diplomatic rhetoric when he reassured crowds up and down the country: "Under my leadership this country won't take part in adventures."

Eleven years on, his party is even further behind in opinion polls just over three weeks before a general election, and another Western military intervention in the Middle East is imminent with the U.S., Britain and France preparing a strike against Syria.

Chancellor Angela Merkel indirectly voiced support for military action when her spokesman told a regular government news conference on Monday: "It must be punished. It must not be left without consequences. A very clear international response is needed to this."

The opposition Social Democrats and their Green allies have come out firmly against a military strike, providing what has so far been a tepid campaign with a divisive issue. SPD leader Sigmar Gabriel said on Wednesday that an attack against Syria bore "immense risks."

"We mustn't make the mistake now to exclusively follow the military logic," he told SPIEGEL ONLINE.

Is history about to repeat itself? Could a public debate over Syria knock Merkel off what has been looking like an easy path to a third term in the Sept. 22 election?

The simple answer is most probably not, even though the country retains a strong pacifist streak, a legacy of its defeat and near destruction in two world wars, say pollsters and political analysts.

Deft as ever, Merkel is avoiding commitment, despite her strong rhetoric. She's siding with Germany's traditional allies by backing firm action -- but, crucially, she's going to keep her country out of the fight, and that's what matters to voters as the clock ticks down to election day.

"Merkel won't distance herself from the US and Britain and France when they take action. But I'm totally sure she will rule out any military involvement by Germany," Jürgen Falter, a political analyst at Mainz University, told SPIEGEL ONLINE.

Lawmakers from her conservatives are already stressing that the German military is stretched to its limits with deployments including Afghanistan, Kosovo and along Turkey's border with Syria where Bundeswehr troops man Patriot surface-to-air missile batteries as part of a NATO operation.

Were the allies to call on Germany for military help -- and there's no sign that they will -- the government is likely to point to legal hurdles such as the lack of a UN Security Council mandate, and the need for a parliamentary vote, said Falter.

Besides, there's a key difference between Iraq and Syria. For the SPD, opposing military intervention this time around won't prove a major vote winner because of the harrowing pictures of hundreds of dead and dying children, women and men, almost certainly killed by a weapon of mass destruction.

"I don't think this will significantly influence the election outcome. The moral aspect of poison gas attacks against one's own people makes this different from the Iraq intervention," Heinrich Oberreuter, a political scientist at the University of Passau, told SPIEGEL ONLINE.

Manfred Güllner, the director of the Forsa polling institute, said the Syrian crisis was unlikely to have much impact on the election. "The situation in Iraq was totally different from Syria and I don't think any of the parties will be able to score points with this as long as Germany doesn't send soldiers," he told SPIEGEL ONLINE.

No Repeat of Libya Isolation

The force of Merkel's rhetoric on Syria suggests she doesn't want a repeat of Germany's isolation over the Libya air strikes in 2011, when Berlin abstained in a UN Security Council vote on setting up a no-fly zone. That was widely seen as a major diplomatic error that damaged its standing among its Western allies.

At first glance, backing "consequences" seemed like a bold move for Merkel, notoriously adept at shunning controversy, especially ahead of elections. After all, a Forsa institute poll released on Tuesday showed 69 percent of Germans were against a military strike in Syria and only 23 percent supported it.

"For Germans, the crux is that Germany won't get involved -- the government and opposition are in agreement on that," Oskar Niedermayer, a political analyst at Berlin's Free University, told SPIEGEL ONLINE. "I think the SPD should be careful with this issue, especially given the aspect of poison gas being used against civilians. It could backfire if they try to turn this into a campaign topic."

Syria has provided a fresh example of the dichotomy between Germany's economic strength and its lack of clout in international political crises.

Germany a 'B Country'

"The West is divided into A-countries that are fundamentally prepared and in a position to use military force -- those are basically the US, Britain and France," center-left daily Süddeutsche Zeitung wrote in an editorial on Wednesday. "The B countries don't completely rule out military intervention but usually practice big restraint for domestic political reasons. Where possible, they stay out of it. The biggest and most important B country is Germany."

For the time being, Merkel's electoral prospects look safe -- her conservatives are a staggering 19 points ahead of the SPD according to a Forsa poll released on Wednesday.

At the moment, her main Achilles Heel is her junior partner, the pro-business FDP, hovering around the five-percent hurdle needed for parliamentary representation. The FDP could lose crucial points to the euro-skeptic Alternative for Germany (AfD) party following an admission by Finance Minister Wolfgang Schäuble that Greece will need a third bailout program next year.

"I don't think the AfD will get into parliament but if it gets to three or four percent this could indirectly help the opposition because those votes would probably come from the FDP which could be squeezed below the five percent hurdle," said Niedermayer.

In that case, the most likely outcome would be a grand coalition between conservatives and the SPD headed by Merkel -- although some in the opposition Left Party are toying with the idea of tolerating a minority center-left government of SPD and Greens. 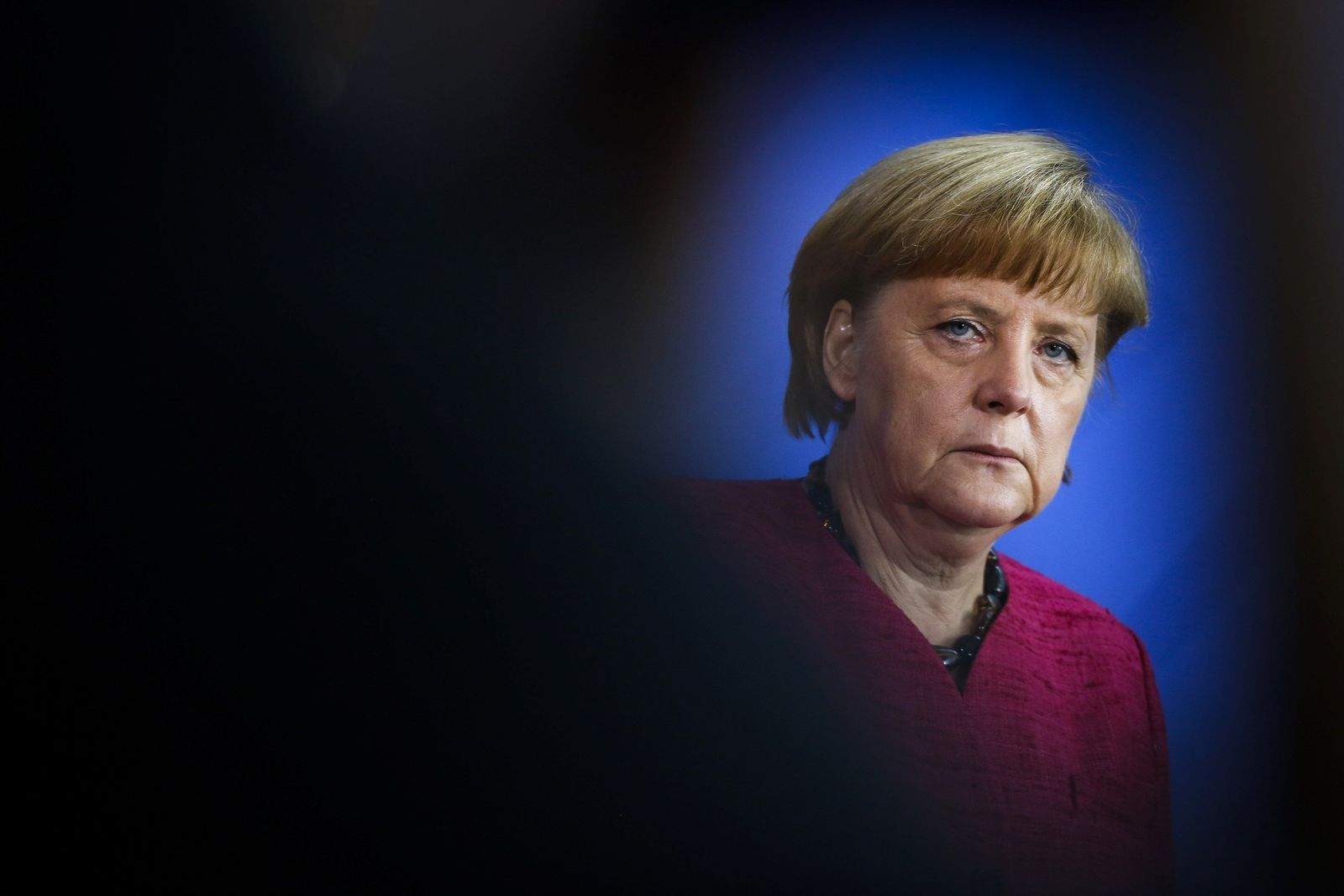