Syrians in Germany are celebrating the capture of suspected terrorist Jaber al-Bakr in the eastern German city of Leipzig on Monday after Syrian refugees tied him up and called police to come pick him up.

"Great news!! The police have arrested the Syrian suspect (Jaber al-Bakr). We sincerely thank the police and our compatriots. We fled from the war and know what it means to live in insecure conditions," reads a post on the Facebook page of German Life Style, a page run for and by Syrian refugees.

Monis Bukhari, who has emerged as a leading lobbyist for Syrian refugees in Germany, also expressed his pleasure on Facebook regarding al-Bakr's capture. The Berliner Morgenpost newspaper quotes several Syrians in Leipzig, including one who argued that the men who apprehended al-Bakr are heroes. "Everyone should do the same in such a situation."

The arrest of the Syrian terror suspect came following an unsuccessful attempt by police to apprehend al-Bakr in Chemnitz on Saturday. After finding 1.5 kilograms of "extremely dangerous explosives" in his apartment, as well as "further materials that could be used to produce a suicide vest," according to federal prosecutors, a weekend-long manhunt ensued.

It wasn't until Sunday evening, however, that the police in the state of Saxony, where Chemnitz is located, managed to translate the wanted notice into Arabic and post it on the web. As it turned out, that posting is what ultimately led to Jaber al-Bakr's apprehension.

Tied Up with Telephone Cables

Unable to return to his apartment in Chemnitz, al-Bakr approached a Syrian refugee named Mohammad A. at the Leipzig train station on Sunday night asking for a place to spend the night. In an interview with the German broadcaster RTL on Monday evening, Mohammad A. says that he only saw the police announcement on Facebook after he had returned to his apartment with al-Bakr in tow.

He immediately informed some friends who came over to the apartment. Together they tied up al-Bakr with a phone cable. According to Mohammad A. al-Bakr sought to buy them off with about 1,200 euros worth of currency he had in his backpack. "But we told him: 'You can give us as much money as you want, but we're not letting you go,'" Mohammad A. told RTL.

After an initial call to police failed because of communication difficulties, Mohammad A. took a picture of al-Bakr, tied up on his sofa, and drove to the police station. "I am so thankful to Germany for taking us in," Mohammad A. told the tabloid Bild. "I couldn't allow him to do anything to the Germans."

Chancellor Angela Merkel expressed her gratitude to the Syrians who captured al-Bakr. Saxony Governor Stanislaw Tillich likewise praised them for being "courageous and responsible."

Al-Bakr was born on Jan. 10, 1994 in Saasaa, a town located southwest of the Syrian capital of Damascus. He arrived to Germany on Feb. 18, 2015 and received asylum on June 9. He has lived in Eilenburg in northern Saxony since then. Recently, though, he came to Chemnitz and moved in with Khalil A., likewise from Syria. Khalil A. arrived in Germany on Nov. 25, 2015 and was arrested on Saturday as a possible accomplice.

Al-Bakr has been under observation by German domestic intelligence officials since mid-September after he allegedly researched bomb building in the Internet and obtaining some necessary materials. On Friday, police officials in Saxony decided to act quickly for fear that al-Bakr may be preparing to strike. "We had to assume that the explosives, perhaps in the form of a suicide vest, was about to be completed or was already finished," said Jörg Michaelis, president of the Saxony state police force.

Similar Explosive to the One Used in Paris and Brussels

Because they didn't know in exactly which apartment in the Chemnitz apartment building al-Bakr was living, officials decided to try to arrest him outside of it. When al-Bakr finally emerged, police told him to freeze. When he didn't, they fired a warning shot, which he likewise ignored. Officials say it would have been too dangerous to fire at him and al-Bakr escaped.

Hans-Georg Maassen, president of Germany's domestic intelligence agency BfV, said on Monday: "We had indications that he initially intended to attack trains in Germany. More recently, he began focusing his attentions on airports in Berlin."

According to the police, al-Bakr had produced an explosive known as TATP. Remnants of TATP were found in the suicide belts belonging to the attackers in the Bataclan theater in Paris. Investigators likewise found ingredients for producing TATP in the hideout used by the Brussels attackers. "According to everything we know, the preparations made in Chemnitz are similar to those made prior to the attacks in Paris and Brussels," said German Interior Minister Thomas de Maizière on Monday.

Al-Bakr acted "extremely professionally," say federal prosecutors. Saxony police president Michaelis added that his behavior and modus operandi seem to indicate an "Islamic State context." It is, however, not yet clear if al-Bakr had contacts with IS.

According to the German daily Die Welt, Syrians used Facebook on Sunday evening to quickly distribute the wanted notice posted by the Saxon police, which is how Mohammad A. was able to quickly find it and take action. 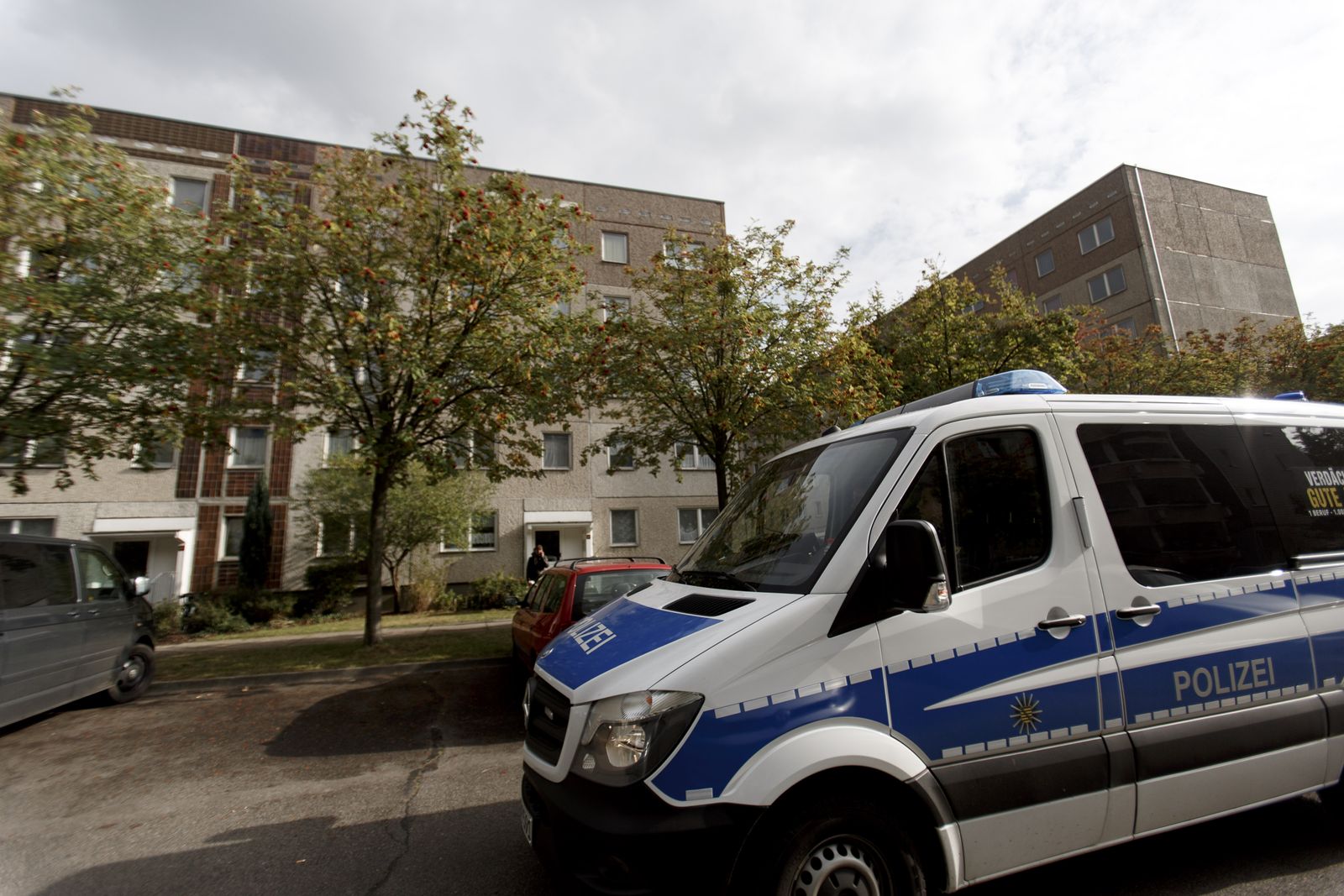