After being closed for two and a half days, Wikipedia's German home page again became accessible to users on Monday. A court ordered the German URL for the user-generated encyclopedia blocked on Friday after a left-wing politician filed a legal complaint in Lübeck against the popular site. 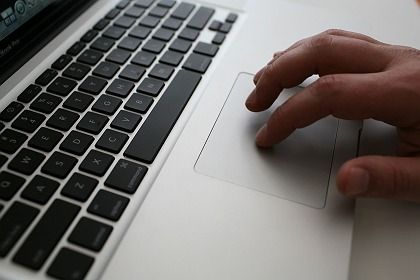 Users couldn't get to the German Wikipedia homepage this weekend.

Lutz Heilmann, a member of the German Parliament from the northern state of Schleswig-Holstein, complained to a court that parts of his biography on the site were "false, slanderous and therefore damaging to my personal rights." On Friday, a judge ordered the closure of the German portal for Wikipedia at the Internet address www.wikipedia.de until the case could be decided.

In addition to shutting down the wikipedia.de address, Heilmann -- a member of the Left Party, which also includes the successor party to the former East German Communists -- filed complaints with the court against three people involved in writing and editing his Wikipedia entry. He also claimed that changes to the entry were made from computers located inside Germany's federal parliament, the Bundestag, suggesting a politically motivated "edit war."

But on Sunday, Heilmann said he regretted the issuing of a temporary injunction against the Web site and the fact that Wikipedia.de users no longer had "direct access to Wikipedia content." He said the legal path had "proven to be problematic because the structure of Wikipedia caused problems for other users" who were not searching for his biography. On Monday, Heilmann withdrew his petition, clearing the way for judges to lift the temporary injunction against the site.

Among the allegedly slanderous entries Heilmann challenged were claims that the politician never finished his law degree and that he was a partner in an Internet pornography business. 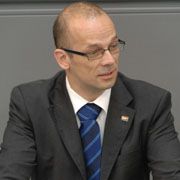 Left Party politician Lutz Heilmann had the web address wikipedia.de shut down, a move he now seems to regret.

At least part of the Wikipedia entry was old news. SPIEGEL revealed in 2005 that the 42-year-old politician had a past as an employee for the Stasi, East Germany's feared secret police. Born in the eastern German state of Saxony in 1966, Heilmann was 23 years old when the Berlin Wall fell. He was a member of the communist SED party from 1986 to 1992 before rejoining its successor party, the Party of Democratic Socialism (PDS) in 2000.

An investigation into his records after he was elected to the Bundestag in September 2005 revealed that Heilmann signed up to work for the Stasi in 1989 after a stint in the East German army. He was assigned to the division responsible for providing security and bodyguards for East German leaders and Communist Party officials. That made Heilmann, elected as part of his party's candidate list in the northern state of Schleswig-Holstein, the country's first parliamentarian with a past as a full-time employee of the feared Stasi. The revelations nearly resulted in Heilmann's ejection from the party.

Since Wikipedia's servers are located in the United States, Heilmann's biography stayed up over the weekend, accessible at de.wikipedia.com. "There's been no legal decision that the German association is responsible for international content," Wikimedia Deutschland lawyer Thorsten Feldmann said over the weekend.

The popularity of Wikipedia quickly put Heilmann's suit in the spotlight. The reference site, whose entries are written and edited by users, has almost 700 million visitors per year, and the German-language edition is the second-largest with more than 800,000 entries.

Shutting down the German portal seems to have backfired, drawing far more attention to the Schleswig-Holstein politician's past than his Wikipedia entry alone ever did. The German Web site received €16,000 in donations over the weekend, more than quadruple its usual rate. Wikipedia users also flooded the Left Party with angry e-mails.

On Monday, the Left Party's leadership tried to distance itself from the affair. "We've fought for years against calls to censor the Internet, no matter what direction they come from," Left Party parliamentarian Petra Pau said in a statement posted on the party's Web site. "I don't think everything on Wikipedia is good or correct, but you can't blame Wikipedia for it."

For his part, Wikimedia Deutschland's Feldmann said he was disappointed by Heilmann's decision to withdraw the petition, saying he would have preferred to fight the case in court. "We would have preferred to have the temporary injunction removed on the grounds that it was baseless," he told SPIEGEL ONLINE. Now he's afraid other politicians or minor celebrities will try to block the Wikipedia Germany homepage for cheap PR.

With reporting by Christian Stöcker