Shortly before going on vacation, Norbert Walter-Borjans once again took care of a matter concerning no small sum of money -- in this case, an additional €1 billion ($1.2 billion) for the cash-strapped bank WestLB, which is partly owned by the western German state of North-Rhine Westphalia. The money boosts the state's total budget to €58.8 billion.

Though large, such sums are all in a day's work for the finance minister of Germany's most populous state. In comparison, a payment authorization recently submitted for his signature seems quite modest. In this case, the payment in question was €3.5 million in exchange for what the source promised would be something the minister had gladly purchased a number of times in the past: a CD containing data on German tax evaders.

The minister signed the form. It wasn't his first purchase of such a CD, nor is it likely to be the last, as state investigators are currently weighing whether to buy two more such data packets, both containing information on Swiss bank accounts. Indeed, when he returns from vacation, Walter-Borjans may well be signing his name on another payment authorization worth several million euros.

'Loopholes as Big as a Barn Door'

A number of private individuals and politicians may find this prospect alarming, especially since the minister's latest purchase has already caused them no small amount of trouble: Approximately 1,000 German clients of a small, high-end bank in Zurich may face prosecution for tax evasion. At the same time, the zealous minister's fellow politicians worry that his actions might torpedo a planned tax agreement between Germany and Switzerland.

That treaty, scheduled to come into effect on Jan. 1, 2013, would require Swiss banks to automatically deduct taxes from the accounts of German clients. It would also provide those clients with an amnesty for their past tax evasion in return for a single lump-sum payment, thereby rendering CDs of customer data largely worthless. German Federal Finance Minister Wolfgang Schäuble, of the ruling Christian Democratic Union (CDU), and his Swiss counterpart, Eveline Widmer-Schlumpf, signed the treaty in September 2011.

The only thing still required to ratify the treaty is the approval of Germany's 16 federal states. Those states whose governments are led by the center-left Social Democratic Party (SPD) or Green Party, the two largest opposition parties, continue to put up stiff resistance. Walter-Borjans, an SPD member himself, stands at the forefront of this movement. He calls the German-Swiss tax treaty scandalous and unfair "because it includes loopholes as big as a barn door for tax evaders."

The fact that Walter-Borjans recently purchased another CD of bank-customer data and is looking into buying other ones sends a clear signal. Either the minister has just made the highly unlikely move of wasting €3.5 million on a CD that will shortly be rendered practically worthless, or his signature on that payment authorization is meant to signal his determination to not let Schäuble change his mind -- and that he plans to see the tax treaty fail.

Indeed, Germany's Federal Finance Ministry appears to be preparing for the possibility that the treaty might not be ratified this November. To do so, it needs to secure a majority of support in the Bundesrat, Germany's upper legislative chamber, which represents the interests of the federal states. The Finance Ministry is considering engaging the Mediation Committee, a body that acts as an intermediary between the Bundesrat and the Bundestag, Germany's parliament, and whose 16 members are appointed according to the relative strength of the parties' parliamentary groups. But Schäuble won't be able to secure a majority on the committee, either, as long as the SPD and Green Party maintain a unified stance on the issue.

Hidden Money … and Lots of It

While politicians search for a compromise, the 1,000 potential tax cheats on Walter-Borjans' data CD may be facing fines and prison sentences. The CD is believed to contain information on rich Germans who have accounts at the Zurich-based office of the British private bank Coutts. A statement issued by the bank dismissed reports of a possible breach as "media speculation" and says the bank has no evidence that its client data might have ended up in the wrong hands. "We take the protection of client data extremely seriously," a bank spokeswoman said.

Specialists in investigating tax fraud, on the other hand, are also taking the recently acquired data very seriously. The deposits in question reportedly involve major amounts, sometimes running into the tens or hundreds of millions of euros. In the words of the investigators, the data is "of great value."

The investigation has taken months, and only 10 percent of the data offered by the source was analyzed at first. Investigators obtained tax returns from local tax authorities and checked whether stated incomes were high enough to make it possible for assets to be stashed away in Switzerland. In the course of this work, the investigators have occasionally come across the names of some tax evaders who had already voluntarily declared unreported income to the tax authorities, which provides evidence to corroborate the information's authenticity.

Just how elaborate and time-consuming such investigations are can be seen in the case of client data from Credit Suisse, the Swiss banking giant that was making headlines last week. A bank employee had reportedly taken confidential data with him when he was transferred from Switzerland to Frankfurt. Since this violates Swiss banking-secrecy laws, and since the employee wasn't supposed to be in possession of the information in the first place, he has been suspended from the bank's asset-management operations pending the findings of an internal investigation.

Tax investigators came across this particular data trove in February 2011 when they raided the bank's Frankfurt offices and confiscated computers, as they have routinely done in the past. It took nearly 18 months to analyze the information they found on 6,000 of the bank's clients, and around half of those customers can probably expect to face legal charges.

These investors had allegedly invested in insurance policies at a Bermuda-based subsidiary of the bank. Labeled as a special type of "life insurance" policy, these investments offered a supposedly risk-free way to launder unreported earnings. These insurance funds were apparently set up in such a way as to accrue yearly interest. If true, this would constitute serious tax evasion since these kinds of life insurance policies normally aren't set up to earn money.

Credit Suisse defends itself by saying that these insurance funds are legal in Switzerland. What's more, it claims to have warned clients that they are themselves responsible for looking into whether and to what extent the investments are taxable. A banker at one of Credit Suisse's major competitors has nothing but scorn for this kind of customer service. "That's like handing someone a hand grenade," he says, "and telling them: 'You need to check for yourself whether you're allowed to use this.'" 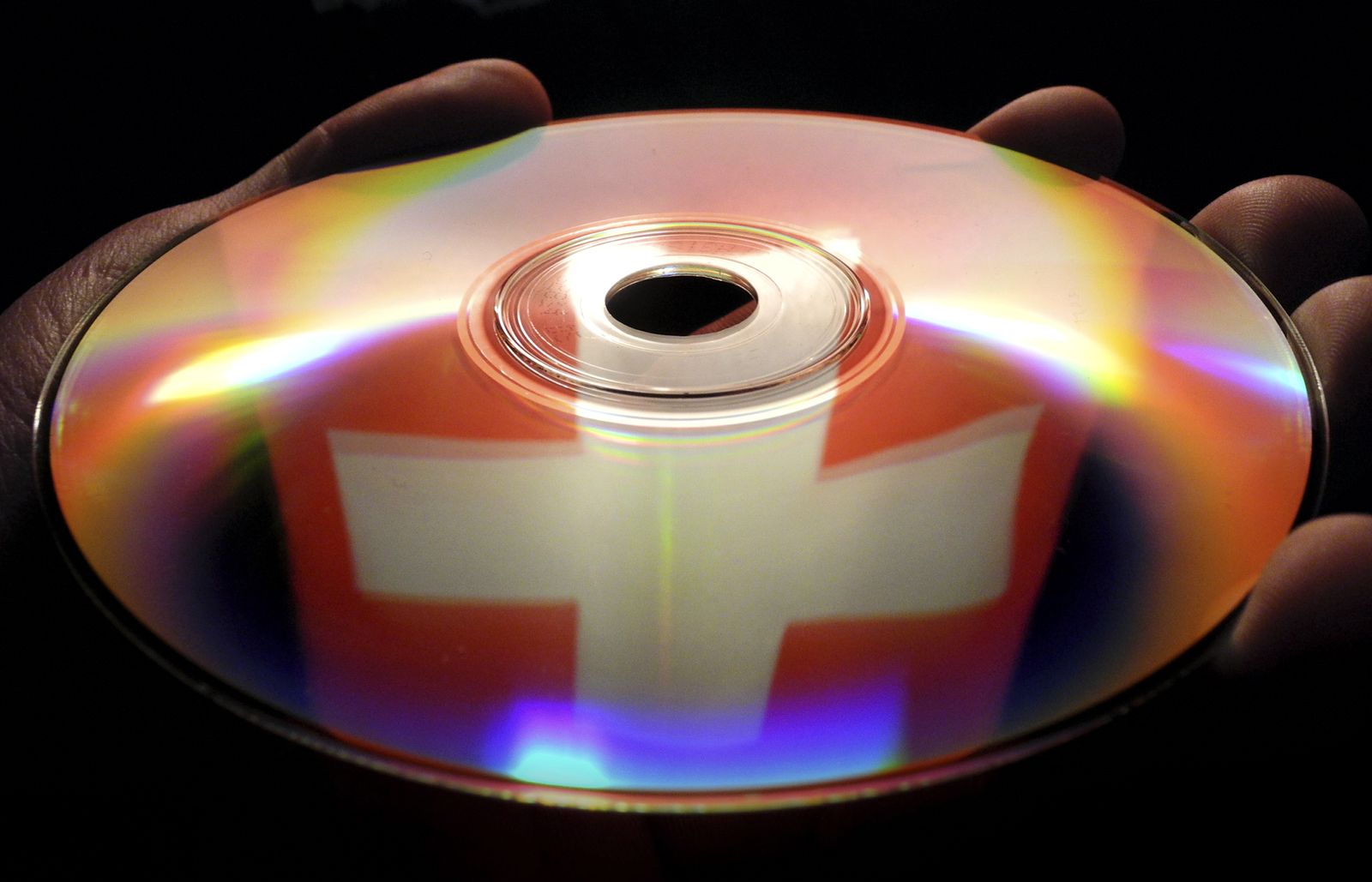 Purchasing CDs with stolen data on German tax evaders with Swiss bank accounts has been good business for tax authorities.